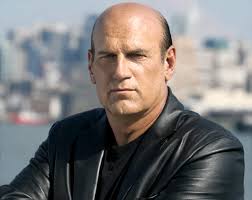 I see people searching my blog regularly on the keywords ‘time travel’, so here’s some more evidence for you.
For newbies to the Truther Movement…
Before you roll your eyes and reach for the “unfollow” button, consider this.
No one, and I mean NO ONE from the U.S. shadow government or the lamestream media is going to come out today and admit the US Military Industrial Complex has used billions of tax payer dollars for black ops research and experiments for decades that they secretly devoted to time travel or dimensional travel and manipulation.
They can’t do it! THIS is your disclosure—for now.
Yes, Conspiracy Theory is a TV show for entertainment purposes, and yes, Jesse ‘the Body’ Ventura was a fighter—for entertainment purposes—but he was also a Navy SEAL and elected Governor of Minnesota. He has a loyal following and he has made it his business to ask tough questions on camera and expose a lot of truth.
In so doing, he has raised a lot more questions; questions that will soon be answered.
The fact that this disclosure comes through the entertainment industry is perfect! It’s the preamble to ‘The Event’. It’s ‘soft disclosure’. It won’t put the world in a panic, but it WILL start the gears turning.
The fact that Sean Stone, Producer/Director Oliver Stone’s son, is working with Jesse on this program is telling because Oliver Stone himself has come forward on video and has been very outspoken on multiple topics to urge people to wake up and take note of what is happening in America and to take action to stop it. Complacency is what got us to the point we’re at now, and it’s quite the pickle, isn’t it? 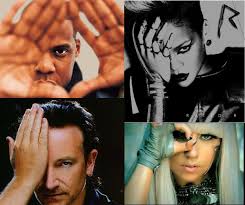 Hollywood has both a dangerous, Illuminati-infused occult side, and an active Truth Movement. Movies and television are used to foreshadow actual events or shed light on what many consider fiction.
Programs people consider pure entertainment like Dark Phase of Moon, Unsealed: Conspiracy files, Unsealed: Alien Files and all Jesse Ventura’s Conspiracy Theory episodes are far more fact than fiction to millions of us. Skeptics will have to come to terms with these exposés sooner or later.
Look at TV programs like Numbers and Touch. They featured esoteric topics that are no doubt consciously beyond some, but are still doing their job.
I felt the movie, Knowing with Nicolas Cage was particularly interesting and featured some extraterrestrials that resemble the ‘Tall Whites’. It’s all disclosure, my friends. All of it.
The more they drip on us and ever so gradually nudge us awake, the less Humanity will respond with shock when the real truth is revealed to the masses.
As COBRA has said, now that the Resistance Movement has gone through a localized ‘Event’ in Egypt, they know what to expect on a grander scale in the USA and other areas. They learned that some will react violently as Humans tend to do when our paradigm is suddenly shattered.


Is Jesse Ventura going to come out and officially say, unequivocally, that THIS IS WHAT THE GOVERNMENT DID, and discuss the lives lost in these dark experiments? Or that the dark cabal always knows years in advance who the President of the United States will be? Of course not. If he did, he’d either be dead, or the programs would never get aired.
There’s a fine line to walk here. It’s not time for that yet, but we’re thaaaaaaaat close! Conspiracy Theory and similar programming planted a seed of truth that is currently being nurtured by our elevated energies and is about to germinate.
The Light forces are pushing the envelope by sliding this stuff out there in the form of entertainment to get people thinking. Some will recognize it as the answer to a lot that has gone on in the past or in current affairs, a few will allow it to simmer subconsciously, and a number of viewers will label it as completely absurd and give it no credence whatsoever.
It matters not. What matters is, it’s now out there, and can’t be taken back.
It’s one piece of the puzzle. No one has to prove anything at this point. Believe it… or not. It’s a choice each of us has to make based on our level of acceptance and understanding of our current status in time; our own unique level of awakening.
Our intuition, our gut, our personal discernment meter is called upon as escort to these revelations. I hope we are prepared to step outside our comfort zone. Otherwise, there is only stagnation and denial.
Just remember; all is not what it seems, and I think that now, after this war on Syria fiasco, the revisiting of 9/11 initiative and the gun confiscation issues, a lot more Americans are going to accept their government has not been honest and will be open to additional evidence that we have been hoodwinked in untold ways over the years.
Dr. Steven Greer’s Disclosure Project and The Citizen Disclosure Hearing in Washington this spring about the ET truth embargo weren’t covered in the mainstream media, either—but they exposed the truth nonetheless and it woke up a LOT of people. The Truth IS calling. Do you hear it?