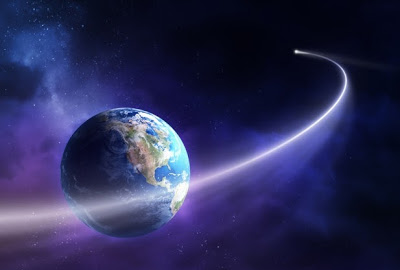 A new report prepared by the Federal Space Agency (ROSCOSMOS) circulating in the Kremlin today states that Comet C/2012 S1 has made a number of “unexplained orbital adjustments” around the planet Mars seemingly to better align itself with the Red planets strange moon Phobos.

According to this report, Comet C/2012 S1 was first discovered on 21 September 2012 by Russian amateur astronomers Vitali Nevski and Artyom Novichonok using the International Scientific Optical Network, thus giving this comet its name ISON. Phobos is the larger and closer of the two natural satellites of Mars and with a mean radius of 11.1 km (6.9 mi) it is 7.24 times more massive than the second moon Deimos.

Important to note about Phobos, this report continues, was in 1958 when Russian astrophysicist Iosif Samuilovich Shklovsky, studying the secular acceleration of Phobos’s orbital motion, suggested a “thin sheet metal” structure for Phobos, a suggestion which led to speculations that Phobos was of artificial origin.

Shklovsky based his analysis on estimates of the upper Martian atmosphere’s density, and deduced that for the weak braking effect to be able to account for the secular acceleration, Phobos had to be very light — one calculation yielded a hollow iron sphere 16 kilometers (9.9 mi) across but less than 6 cm thick.

In a February 1960 letter to the journal Astronautics, Fred Singer, then science advisor to U.S. President Dwight D. Eisenhower, said of Shklovsky’s theory:

“If the satellite is indeed spiraling inward as deduced from astronomical observation, then there is little alternative to the hypothesis that it is hollow and therefore Martian made. The big ‘if’ lies in the astronomical observations; they may well be in error. Since they are based on several independent sets of measurements taken decades apart by different observers with different instruments, systematic errors may have influenced them.” 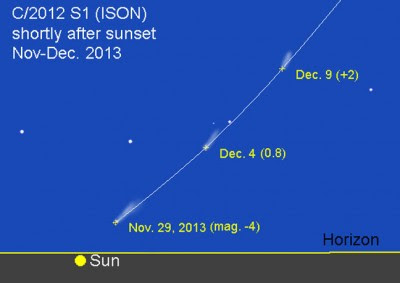 Subsequently, the systemic data errors that Singer predicted were said found to exist, and the Shklovsky’s study was called into doubt, and accurate measurements of the orbit available by 1969 said showed that the discrepancy did not exist. Singer’s critique was said justified when earlier studies were discovered to have used an overestimated value of 5 cm/yr for the rate of altitude loss, which was later revised to 1.8 cm/yr. The secular acceleration is now attributed to tidal effects, which had not been considered in the earlier studies.

Soviet scientists, however, this report says, were not convinced by the American scientist’s arguments and in 1988 launched two probes, Phobos 1 and Phobos 2, towards Mars to gather more information.

Phobos 1 was “lost” while Phobos 2 was able to establish an orbit around the Mars moon Phobos when it was “attacked” by a still unexplained space craft that showed itself in the last image beamed back to Earth before it was destroyed.

Shklovsky’s studies, however, were vindicated in 2012 when the European Space Agency (ESA) released their report on Phobos that, in part, stated:

“One reason to suspect that Phobos is not a captured asteroid is its density. Analysis of Mars Express radio science data gave new information about the mass of Phobos based on the gravitational attraction it exerts on the spacecraft. The team concluded that Phobos is likely to contain large voids, which makes it less likely to be a captured asteroid. Its composition and structural strength seem to be inconsistent with the capture scenario.” 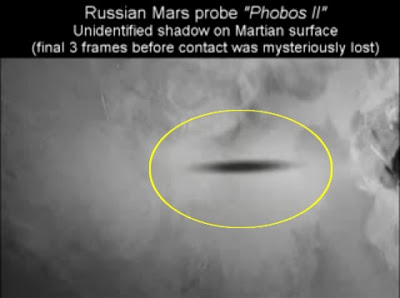 As some experts have noted that Phobos may be an “ancient spacecraft” marooned in Mars orbit, this report continues, the possibility that Comet ISON may be one too cannot be ruled out either.

The reason for this assessment, ROSCOSMOS experts state, are the “unexplained orbital adjustments” Comet ISON has apparently made on its approach to Mars and were verified by American amateur astronomer Bruce Gary on 12 August when he became the first to see Comet ISON again after its sojourn behind the sun during June, July and part of August.

Alan MacRobert at Skyandtelescope.com said about Gray’s 12 August discovery: “Comet ISON is about two magnitudes (six times) fainter than it should be compared to the calculations that first led astronomers to predict it would become a grand naked-eye sight before dawn in early December.”

Astronomer Ignacio Ferrin, with the University of Antioquia in Colombia, in a paper submitted to the Monthly Notices of the Royal Astronomical Society further noted that: “Comet ISON has been on a standstill for more than 132 days … a rather puzzling feat.” 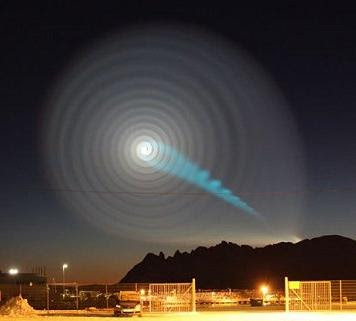 Many in the Western media have billed Comet ISON as “the comet of the century,” this is because it is a sungrazer and its believed to be gaseous tail will expand to millions of kilometers making it appear as bright as the full moon to the naked eye in the coming months.

On 1 October it will pass within 0.07 AU from Mars, about six times closer than it will ever come to Earth and on 28 November, when it is closest to the sun, it will fly through the sun’s atmosphere just a little more than 1.1 million kilometers (720,000 miles) from the solar surface, after which it will be making its inner solar system passage safely 0.426 A.U., or a little over 63 million kilometers from Earth even on its closest approach on 26 December.

This ROSCOSMOS report summarizes its findings by stating that it “cannot be ruled out of theory” that Comet ISON is not a “dirty ice-ball” comet at all, but may, in fact, be an interstellar object under intelligent control on a mission to Phobos for as an yet unexplained mission.

And in, perhaps, its strangest assessment, ROSCOSMOS scientists further link Comet ISON to the 9 December 2009 “Norway Spiral” [see video HERE] noting that this still unexplained phenomena was “directly aligned” with the Sign of Cancer from which this strange comet originated from.
Posted by Hipknowsys at 9:40 AM

I just posted elsewhere that it feels like the Langoliers x 10. Or maybe 11 :)

Admin
Posts : 102930
Join date : 2012-01-04
Location : Woodstock Nation
and I rather doubt that scientists are puzzzeled. They know exactly what this is. Must not scare the sheeple.