OUT OF MIND » PERCEPTUAL AWARENESS » THE SHIFT IN CONSCIOUSNESS » The True Size of the Shadow Banking System Revealed (Spoiler: Humongous) 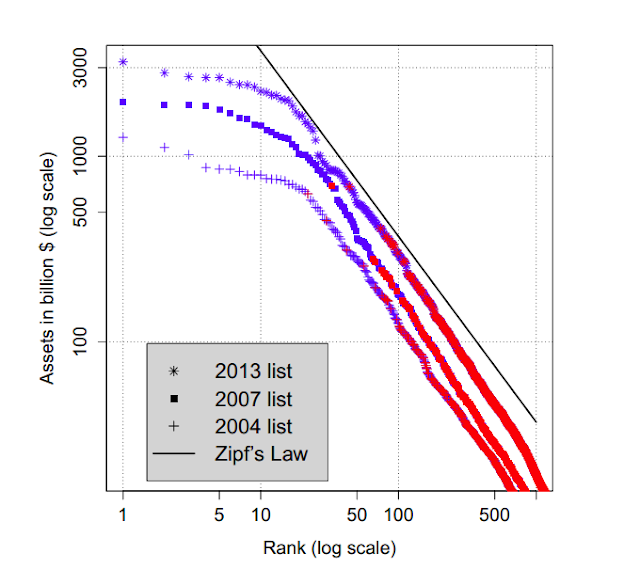 in The Physics arXiv Blog
https://medium.com/the-physics-arxiv-blog/5e1dd9d1642

The shadow banking system is vastly bigger than regulators had thought, say econophysicists who have developed a powerful new way to measure its hidden impact

In most parts of the world, the banking system is closely regulated and monitored by central banks and other government agencies. That’s just as it should be, you might think.

But banks have a way round this kind of regulation. For the last decade or so, it has become common practice for banks to do business in ways that don’t show up on conventional balance sheets. Before the 2008 financial crisis, for example, many investment banks financed mortgages in this way. To all intents and purposes, these transactions are invisible to regulators.

But the size of the system is hard to measure because of its hidden and impenetrable nature. But today, Davide Fiaschi , an economist at the University of Pisa in Italy, and a couple of pals reveal a powerful and simple way of determining the size of the shadow banking system.

Their conclusions are revealing. They say that the shadow banking system is vastly bigger than anyone had imagined before. And although its size dropped dramatically after the financial crisis in 2008, it has since grown dramatically and is today significantly bigger than it was even then.

Perhaps the biggest problem with measuring the shadow banking system is that nobody quite knows how to define it. Economists say it includes activities such as hedge funds, private equity funds credit insurance providers and so on. But there is significant debate over where to draw the line.

The de facto arbiter of this question is the Financial Stability Board set up in 1999 by the Group of Seven developed nations. It estimates the size of the shadow banking system each year by adding up all the transactions that fall outside mainstream regulation, or at least as much of this as it can see.

The Board estimated the size of the shadow banking system to be just over $60 trillion in 2007, the year before the great financial crash. This figure dropped a little in 2008 but rose again to $67 trillion in 2011. That’s more than the total GDP of the 25 countries from which the figures are obtained.

Now Fiaschi and co say the Financial Stability Board has severely underestimated the total. These guys have developed an entirely different way of calculating its size using the emerging discipline of econophysics.

These guys begin with empirical observation that when economists plot the distribution of companies by size, the result is a power law. In other words, there are vastly many more small companies then there are large ones and the difference is measured in powers of 10. So not 2 or 3 or 4 times as many but 100 (10^2), 1000 (10^3) or 10,000 (10^4) times as many.

These kinds of power laws are ubiquitous in the real world. They describe everything from the size distribution of cities, websites and even casualties in war.

That’s not really surprising. A power law is always the result when things grow according to a process known as preferential attachment, or in common parlance, the rich-get-richer effect.

In economic terms, big businesses grow faster than smaller ones, perhaps because people are more likely to work with big established companies. Whatever the reason, it is a well observed effect.

Except in the financial sector. Fiaschi and co say that this power law accurately governs the distribution of small and medium-sized companies in the financial world. But when it comes to the largest financial companies, the law breaks down.

For example, the UK’s Royal Bank Of Scotland is the 12th largest firm on the planet with assets of $2.13 trillion.

If the size of these firms followed a power law, the largest would be ten times bigger than the 10th on the list. But that isn’t the case. But world’s largest, Fannie Mae, has assets worth $3.2 trillion, just 50% larger than the Royal Bank of Scotland.

Why the discrepancy? Fiaschi and co hypothesise that the difference is equal to the size of the shadow banking system, which is not captured in the balance sheets of the largest financial firms.

And if that’s the case, it’s straightforward to calculate its size. The value of the shadow banking system is simply the difference between the value of the largest financial firms and their projected size according to the power law.

By this measure, the shadow banking system is significantly bigger than previously thought. Fiaschi and co estimate that in 2007, the year before the financial crisis, it was worth around $90 trillion. This fell to about $70 trillion in 2008 but has since risen sharply to be worth around $100 trillion in 2012.

This new Shadow Banking Index has significant advantages over conventional ways of calculating its size. “This index is based on simple and robust statistical features, that are expected to characterize the collective behavior of an economy,” says Fiaschi and co.

That’s useful because the growing complexity of the financial markets makes them hard to measure directly. Fiaschi and co point out that any detailed description and classification of financial activity is unlikely to keep pace with the rate of innovation in the financial industry.

So the new Shadow Banking Index looks to be an important step towards the proper and meaningful oversight of an industry that is hugely valuable and important and yet increasingly complex and renegade.

Of course, there is an 800lb gorilla in the room. That’s how these financial companies come to be so huge in the first place. The global economy is dominated by financial firms. On the Forbes Global 2000 list of the world’s largest companies, the first non-financial firm is General Electric, which ranks 44th.

How can that be? If it isn’t evidence that something is rotten in the state of Denmark, then it’s hard to imagine what would constitute such proof.

The size and impenetrability of the shadow banking system is clearly part of the problem so an index that can measure it quickly and easily is a useful step in the right direction.

OUT OF MIND » PERCEPTUAL AWARENESS » THE SHIFT IN CONSCIOUSNESS » The True Size of the Shadow Banking System Revealed (Spoiler: Humongous)