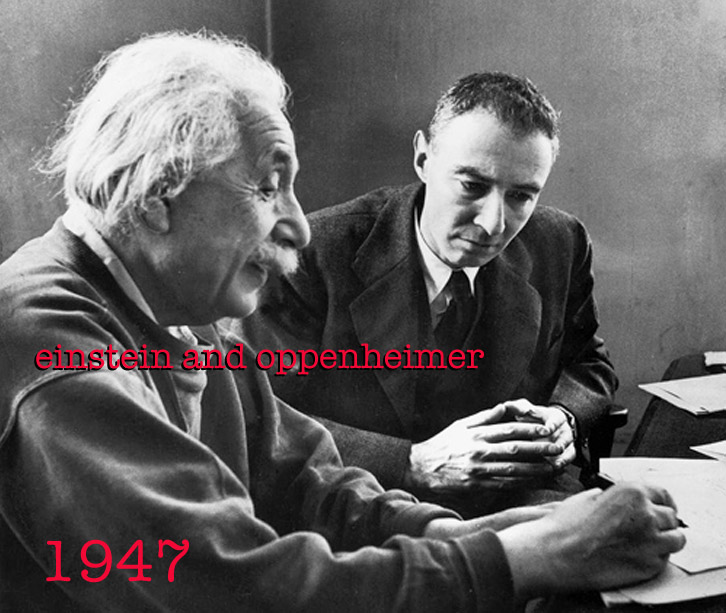 .
by Ken Pfiefer of MUFON
.
The Date: JUNE 1947
In June of 1947 Albert Einstein and J. Robert Oppenheimer together wrote a TOP SECRET six page document entitled “Relationships with Inhabitants of Celestial Bodies”.
It says the presence of unidentified spacecraft is accepted as de facto by the military.
It also deals with the subjects that you would expect competent scientists to deal with – i.e., where do they come from, what does the law say about it, what should we do in the event of colonization and/or integration of peoples, and why are they here?
Finally, the document addresses the presence of celestial astroplanes in our atmosphere as a result of actions of military experiments with fission and fusion devices of warfare.
Einstein and Oppenheimer encourage consideration of our potential future situation and safety due to our present and past actions in space. How can we avoid a perilous fate? 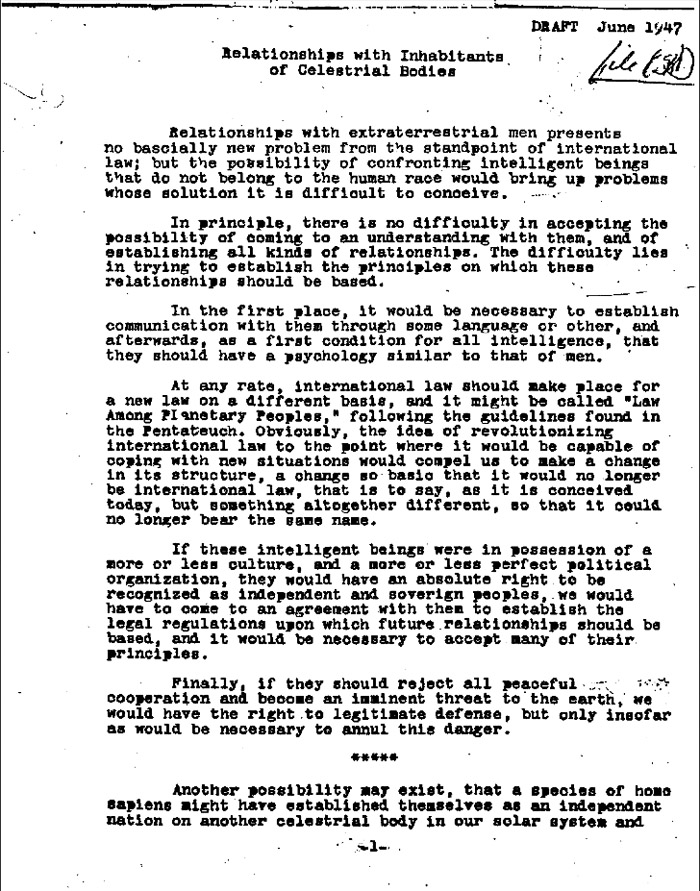 Extracts from the document:
Relationships with extraterrestrial men presents no basically new problem from the standpoint of international law; but the possibility of confronting intelligent beings that do not belong to the human race would bring up problems whose solution it is difficult to conceive.
In principle, there is no difficulty in accepting the possibility of coming to an understanding with them, and of establishing all kinds of relationships.
If these intelligent beings were in possession of a more or less culture, and a more or less perfect political organization, they would have an absolute right to be recognized as independent and sovereign peoples.
Another possibility may exist, that a species of homo sapiens might have established themselves as an independent nation on another celestial body in our solar system and evolved culturally independently from ours.
Living conditions on these bodies lets say the moon,-or the planet Mars, would have to be such as to permit a stable, and to a certain extent, independent life, from an economic standpoint.
Much has been speculated about the possibilities for life existing outside of our atmosphere and beyond, always hypothetically. Lets assume that magnesium silicates on the moon may exist and contain up to 13 per cent water. Using energy and machines brought to the moon, perhaps from a space station, the rooks could be broken up, pulverized, and then backed to drive off the water of crystallization. This could be collected and then decomposed into hydrogen and oxygen, using an electric. current or the short wave radiation of the sun. The oxygen could be used for breathing purposes; the hydrogen night be used as a fuel.
. 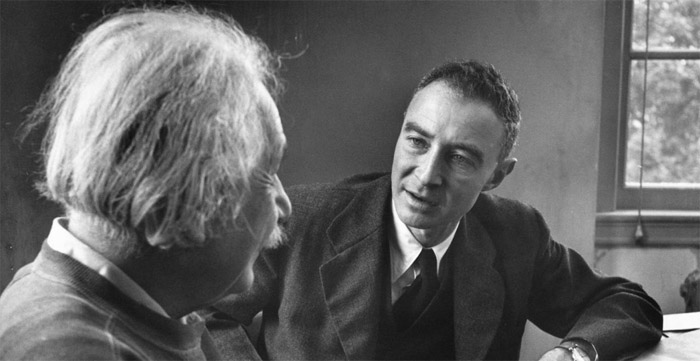 . Now we come to the problem of determining what to do if the inhabitants of celestial bodies, or extraterrestrial biological entitles (EBE) desire to settle here.
1. If they are politically organised and possess a certain culture similar to our own, they may be recognized as a independent people.
2. If they consider our culture to be devoid of political unity, they would have the right to colonize. Of course, this colonization cannot be conducted on classic linos.
A superior form of colonizing will have to be conceived, that could be a kind of tutelage, possibly through the tacit approval of the United Nations. But would the United Nations legally have the right of allowing such tutelage over us in such a fashion?
We cannot exclude the possibility that a race of extraterrestrial people more advanced technologically and economically may take upon itself the right to occupy another celestial body.
The division of a celestial body into zones and the distribution of them among other celestial states.
A moral entity? The most feasible solution it seem would be this one, submit an agreement providing far the peaceful absorbtion [sic] of a celestial race(s) in such a manner that our culture would remain intact with guarantees that their presence not be revealed.
It would merely be a matter of internationalizing celestial peoples, and creating an international treaty instrument.
The presence of celestial astroplanes in our atmosphere is a direct result of our testing atomic weapons?
The presence of unidentified space craft flying in our atmosphere (and possibly maintaining orbits about our planet) is now, however, accepted by our military.
Military strategists foresee the use of space craft with nuclear warheads as the ultimate weapon of war. Attack no longer comes from an exclusive direction, nor from a determined country, but from the sky, with the practical impossibility of determining who the aggressor is.
When artificial satellites and missiles find their place in space, we must consider the potential threat that unidentified space craft pose. One must consider the fact that mis-identification of these space craft for a intercontinental missile in a re-entry phase of flight could lead to accidental nuclear war.
This document was written in 1947
Read entire document at:
www.majesticdocuments.com/pdf/oppenheimer_einstein.pdf.
There are six more pages.