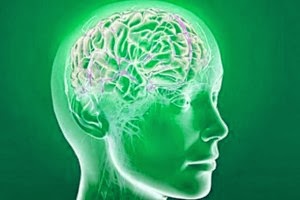 Interestingly, but certainly not surprisingly, research has surfaced refuting the common notion that marijuana kills brain cells and impairs memory, a notion that has been hammered in our heads for decades. To think our public education system and organizations such as D.A.R.E deceived us would essentially be to not think. Thanks to the brave researchers and patients who continue to come forward with evidence proving the medical benefits of marijuana, one is only required to possess the minutest amount of comprehensive thinking ability in order to separate fact from fiction, and reality from conditioning. Here is a list of 20 Medical studies that prove cannabis can be an effective treatment, and possible cure for cancer. It doesn’t stop there, all you have to do is look for it instead of continually believing what you are told.

Researchers at Ohio State University found certain components of marijuana to be beneficial for the aging brain, as they were proven to reduce brain inflammation and regenerate dead brain cells. Such information may come as an astounding fact to many, as it is the complete opposite of what we have been taught in regards to marijuana’s effect on the brain. The common notion that marijuana impairs memory function and kills brain cells is turning out to be quite contradictory to the truth, meaning public schools and organizations we trusted to help us were, in reality, harming us by robbing us of a truth that could save our lives in the future. Cannabis has shown to be a key to good health, even more so when we eat it rather than smoking it.

This research would be an especially exciting breakthrough for those affected by Alzheimer’s, as Alzheimer’s is thought to be the result of a chronically inflamed brain, if the government miraculously woke up and ceased to deny human beings of their rights to healthy lives by nationally legalizing marijuana. Furthermore, this research offers a potentially major breakthrough for those with late stage neurological Lyme disease (neuroborreliosis), as a vast majority of debilitating symptoms caused by the disease stem from inflammation of the brain.

Due to its ability to regrow brain cells and reduce brain inflammation, it is quite possible marijuana will be, and always has been, the perfect antidote to neurodegenerative diseases. One can only hope others will continue to bravely speak out about the benefits of marijuana in an effort to give future generations a shot at a health care system, and ultimately a quality of life, unparalleled to our own.

**Although you may know a habitual smoker who seems to suffer from memory loss, it is important to note that said benefits of marijuana were achieved using extremely low doses. Researchers discovered a single puff a day is enough to provide an individual with significant, long-lasting health benefits. As with anything else, it is not meant to be abused.

» Researchers Finally Know Why Cannabis Is 30x More Effective At Reducing Inflammation Than Aspirin
» Study: Cannabis plant contains molecules that are 30 times more effective at reducing inflammation than aspirin
» Prevent Disease: New Marijuana Ruling Shows the Age of Deception on the Most Medicinal Plant in the World is Coming to an End
» The Long-Term Consequences of Marijuana Use For The Brain
»  New Ascension Symptoms Bring Bizzare Pains and Memory Loss