TOM HENEGHAN EXPLOSIVE INTELLIGENCE BRIEFINGS
ALL patriot Americans MUST know, with sources inside
American/European intelligence agencies and INTERPOL
reporting what is really going on behind the scenes of the corporate-controlled,
fascist, extortion-friendly propaganda U.S. media's massive deceptions
http://www.tomheneghanbriefings.com/
https://twitter.com/Tom_Heneghan


UNITED States of America  -   It can now be reported that neo-Nazi Gordon Duff of Adamus Group and VeteransToday.com and alleged ambassador now discredited neo-Nazi Leo Wanta are tied to the latest rogue U.S. Federal Reserve crooked worldwide bank ponzi scheme involving the laundry of U.S. TAXPAYERS' money and around-the-clock derivative numbers racket with Wanta and Duff now draining the entire liquidity left in the U.S. Treasury and turning them into crooked default swaps involving the European Central Bank (ECB) with no real collateral on either side of the alleged trade.

Definition in old-fashioned street terms: The bookmaker is giving away money to his clients to make bets without any insurance of anybody being paid off.

Sources at the U.S. Military have informed me that Duff, Wanta, FBI informant Stew Webb, Nazi German Marilyn Barnewall and Nazi German V.K. Durham are all Nazi Paperclip NSA stooges and need to be immediately arrested and placed in detention centers awaiting prosecution for crimes against the American People. 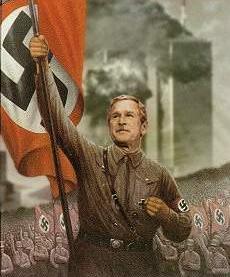 Repeat after me, dear: "Albert Gore Jr. of Irish-Scottish origin is the DULY ELECTED President of the United States and "Skull and Bones" Nazi German George W. BushFRAUD is not."

At this hour alleged pResident Barack Hussein Obama remains a total puppet and mannequin controlled by the Bush-Clinton Crime Family Syndicate and the corrupt banking cabal.

P.S. On a personal note, I, Thomas Heneghan, am a U.S. citizen, whose father was awarded a Silver Star storming Normandy Beach in World War II, and then, myself, was brutally attacked and illegally spied on by Nazi Paperclip U.S. intelligence stooges Gordon Duff of Adamus Group, his latest puppet, alleged ambassador Leo Wanta, FBI informant Stewart Webb, CIA asset Marilyn Barnewall and, of course, none other than Adolf Hitler admirer V.K. Durham (all Nazi Paperclip German bloodline).

I received verbal physical threats over the fact that I support Albert Gore as the REAL duly elected President who would not adhere to the Bush-Clinton-Obama Crime Family Syndicate.

I can now divulge that V.K. Durham has actually coordinated threats against duly elected President Albert Gore Jr. and his family dating back to the year 2000 presidential election dispute.

In closing, all worldwide banks are broke thanks to the German Nazi Paperclip crooked bank fiasco.  There is NO liquidity left in the entire worldwide financial system.

Thomas Jefferson, author of the Declaration of Independence,
greatest of the Founding Fathers and
3rd President of the United States 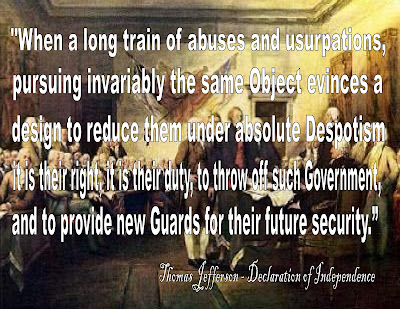 On Oct. 20, 1942, the US government ordered the seizure of Nazi German banking operations in New York City which were being conducted by Prescott Bush. Documents in The National Archives and Library of Congress confirm that the Bush family continued 'Nazi' dealings well into 1951. GWB's grandfather, Prescott Bush and his 'Nazi' colleagues --a 'secret web of Thyssen-controlled ventures' --routinely attempted to conceal their activities from government investigators. This web including former New York Governor W. Averell Harriman and younger brother, E. Roland Harriman and the New York private banking firm of Brown Brothers Harriman, presided over a 'quarter-century [1924-1951] of Nazi financial transactions. These activities included a financial relationship with the German city of Hanover and several industrial concerns. They went undetected by investigators until after World War Two.
http://www.thepeoplesvoice.org/cgi-bin/blogs/voices.php/2008/04/30/p25159 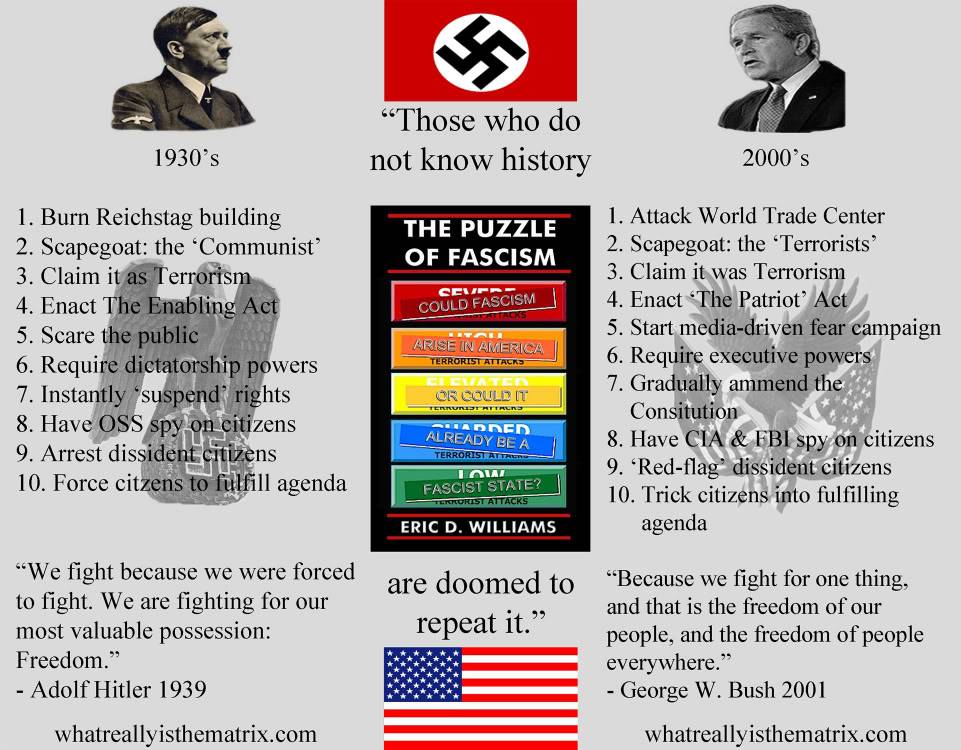 In this clip, Bush tells a reporter it has been a long standing
federal government practice to pay journalists to run
fake pre-packaged news stories, which serve as government
propaganda to further political agendas..
http://www.independent.co.uk/news/world/americas/bush-planted-fake-news-stories-on-american-tv-480172.html

Posted by enerchi at: http://www.ascensionwithearth.com

Guest
the Insanity of reality in deed!! (title of category)