8 Ruined Cities That Remain a Mystery to This Day 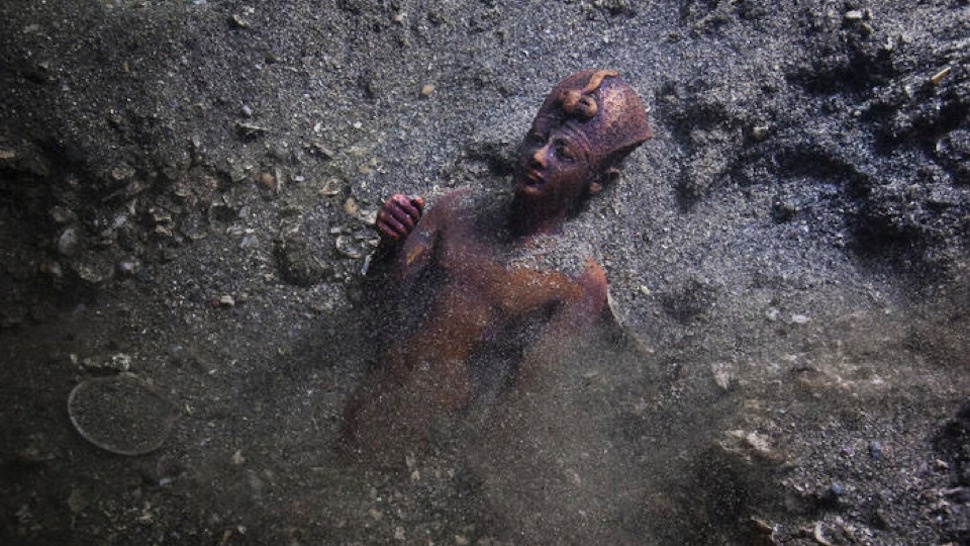 123
The world is full of ruined cities, but some have such mysterious rises and falls that they haunt our imaginations. Even if we know who built them, certain aspects of the city may simply defy comprehension in the modern age. Here are 8 ancient cities that we may never fully understand.
Photo via Franck Goddio 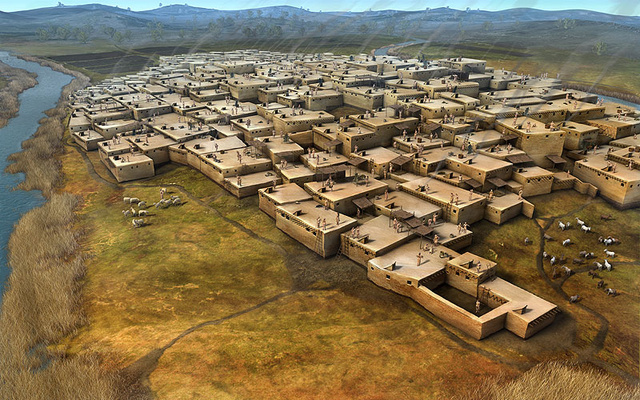 Ancient graves suggest that family didn't really matter 9,000 years ago
Çatalhöyük is one of the world's most ancient settlements, founded in what is now Turkey around 7,500 BCE. New analysis of the village's… Read…

In 7,500 BCE, this city in the Mesopotamian region (now Turkey) held thousands of people and is believed by many to be one of the world's earliest urban settlements. But the culture of the people here was unlike anything we know today. First of all, they built the city like a honeycomb, with houses sharing walls. Homes and buildings were accessed by doors cut into the roofs. People would stroll on the streets across these roofs, and climb down ladders to get to their living quarters. Doorways were often marked with bulls' horns, and dead family members were buried in the floor of each home. It's not clear what happened to the culture of the people who lived in this city. Their architectural style seems to be unique, though archaeologists have found many fertility goddess figurines in the city that resemble others found in the region. So it's likely that when the city was abandoned, its culture radiated outward into other cities in the Mesopotamian region. 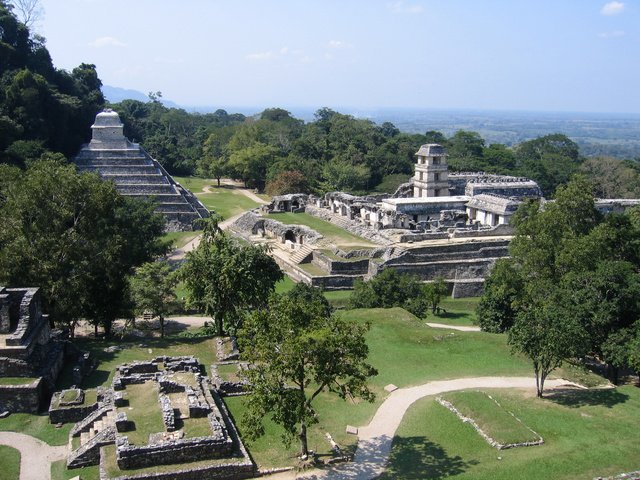 As one of the largest and best preserved of the Maya city-states, Palenque is emblematic of the mystery of the entire Maya civilization — which rose up, dominated parts of Mexico, Guatemala, Belize and Honduras, then vanished with little explanation. Though descendants of the Maya are still thriving in Mexico and Central America, no one is sure why the great cities of the Maya fell into ruin and were finally abandoned in the 1400s. Palenque was in its heyday during the classical period of the Maya civilization, from about 700-1100 CE. Like many Maya cities, it had temples, palaces, and marketplaces. But Palenque, located near what is today known as the Chiapas region, has some of the most detailed sculptures and inscriptions from the Maya civilization, offering reams of historical information about kings, battles, and daily life. Theories for why this and other Maya cities were abandoned include warfare, famine, and climate change. 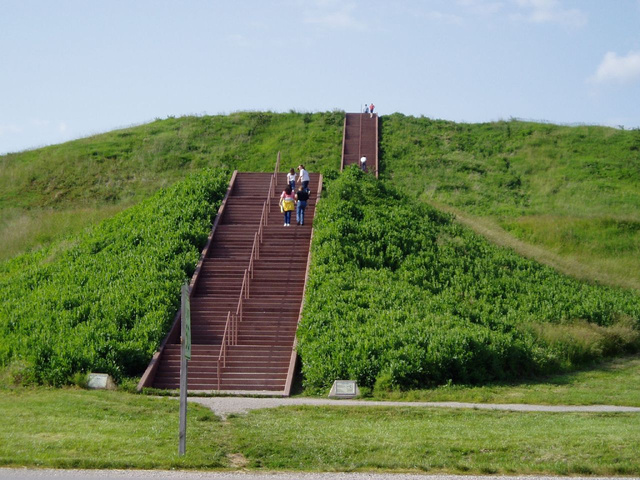 10 Civilizations That Disappeared Under Mysterious Circumstances
For almost as long as we've had civilization, we've lost it. There are records going back hundreds of years of explorers discovering huge… Read…

Located across the Mississippi River from what is today St. Louis, Cahokia was for hundreds of years the biggest city in North America. Its inhabitants built enormous earthen mounds — some of which you can still visit today — and vast plazas which served as markets and meeting places. There is strong evidence that the inhabitants had very sophisticated agricultural practices, and that they diverted tributaries of the Mississippi several times to water their fields. Like the Maya, the people of Cahokia were at their civilizational height between 600-1400 CE. Nobody is certain why the city was abandoned, nor how the region was able to support such a high-density urban civilization of up to 40,000 people for hundreds of years. 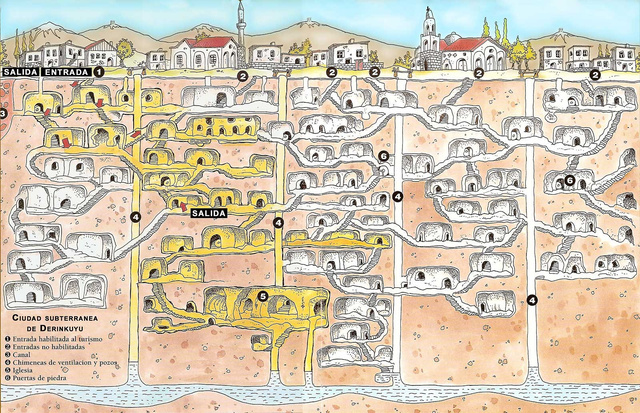 Expand
4. Derinkuyu, Turkey
Derinkuyu is an enormous, ancient underground city that dates back to the early Byzantine Empire. It's unknown when the city was begun — some sources say as early at the 7th century BCE — but it wouldn't have reached its greatest size until the period between 500-1000 CE, when it was five stories deep with room for 20,000 people, plus livestock, kitchens, a church, and a wine-making facility. Locals dug tunnels and rooms beneath their homes, deep into the soft, sandy volcanic rock of the central Turkish region of Cappadocia. An entire underground civilization was thriving here during the middle ages, which could provide a model for future communities trying to survive an apocalypse.

Scatter, Adapt, and Remember: How Humans Will Survive a Mass Extinction
Amazon.com: $17.50


For centuries, people had fled to the area to find a safe haven from anti-Christian Romans, bandits, and later, anti-Christian Muslims. Massive rocks could be rolled across the entrances, and air shafts kept the place ventilated while people lived inside for months at a time. Eventually, long shafts were dug to connect Derinkuyu with other underground cities in the area. The city was sealed up at some point after the 10th century, and was only reopened to the public in 1969. 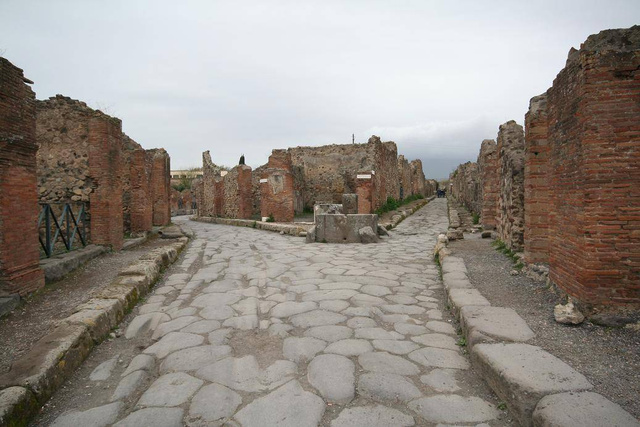 Expand
5. Pompeii, Italy
There are ample historical records that document the Roman vacation town of Pompeii, which was entombed in ash after the catastrophic eruption of Mt. Vesuvius in 79 CE. We know that the city was partially destroyed by an earthquake years before the volcano erupted, and that many of its greatest homes were already abandoned by the time the final blast erased the city forever. We even know, from historical records, that Vesuvius started smoking and causing quakes in the days leading up to the fatal eruption. So what's the mystery?
Related

The Lost City of Pompeii: Pictures of an Alien World, Frozen in Time
In the year 79 AD, Italy's Mt. Vesuvius erupted with superheated ash that rained fiery death on several Roman cities nearby. But none was hit… Read…

Because Pompeii was perfectly preserved in the exact configuration it had in 79 CE, there are hundreds of historical details that are utterly alien to contemporary eyes — including decorative penis statues, weird graffiti, inexplicable art, and living arrangements that are unlike anything you'd see in a modern city. It's one thing to read historical accounts of ancient Rome, and another thing to walk the streets of a Roman city unchanged since the height of the Empire. The mysteries of everyday life are often greater than the mysteries of how a civilization collapses. 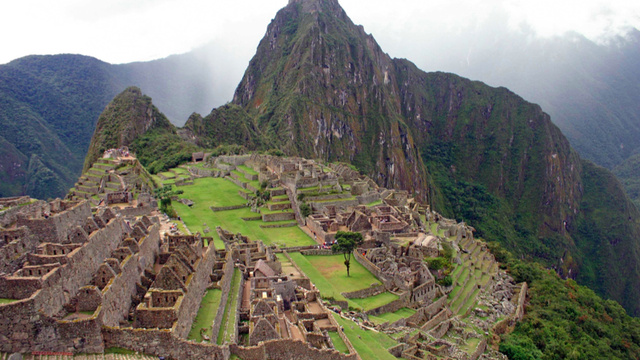 A lot remains mysterious about the Inca Empire, which dominated parts of the regions now known as Peru, Chile, Ecuador, Bolivia and Argentina for hundreds of years before the Spanish invaded, destroyed its cities, and burned its libraries of quipu records (the Inca language was "written" with knots and rope). Though we know a lot about Inca technology, architecture and advanced agriculture — all of which are in evidence at major Inca city Machu Picchu — we still can't read what's left of the tapestries that contain their written records. And we don't understand how they ran a vast empire without ever building a single marketplace. That's right — Machu Picchu and other Inca cities contain no markets. This dramatically different from most other cities, which are often built around central market squares and plazas. How did such a successful civilization exist without a recognizable economy? Maybe one day we'll discover the answers. 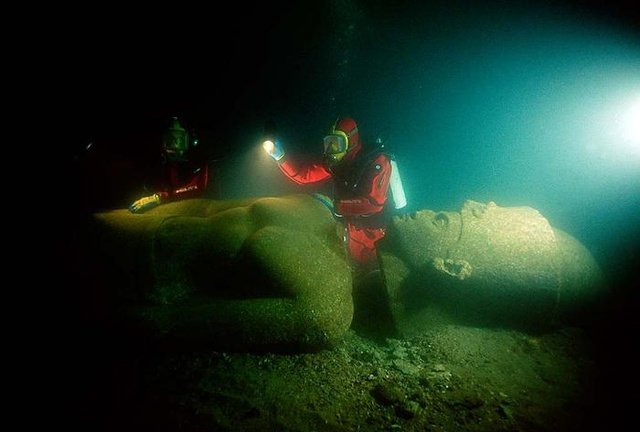 Expand
Photo via Franck Goddio
7. Thonis, Egypt
In the 8th century BCE, this legendary city was the gateway to Egypt, a port town that was full of incredible monuments, rich merchants, and huge buildings. Now it is entirely submerged in the Mediterranean Sea. Thonis began its slow decline after the rise of Alexandria in the 300s CE. But eventually that slide became literal, as the city drowned in the sea that was once the source of its wealth. Nobody is certain how it happened, but by the 8th century CE the city was gone. It may have been the victim of liquefaction after an earthquake.

Recently rediscovered by archaeologist Franck Goddio, the city is slowly being excavated. Above is a video reconstruction of what the city might have looked like in its heyday.

Expand
Photo by Marius Loots
8. Great Zimbabwe, Zimbabwe
One of the great mysteries of southern Africa is the enormous, walled city known today as Great Zimbabwe. The city was home to as many as 30,000 people, and was at its peak from 1200-1450, when it was the heart of an international trade region that stretched as far as China and India. Wealth poured into the city from distant lands, but it was also rich in gold from local mines and vast herds of cattle. Still, there are some unknowns here — it's not clear how far the city's influence stretched, nor what all its industries were. Clearly, though, it was technologically advanced. The BBC describes the greatest remaining monument from the city:

The Great Zimbabwe monument is built out of granite which is the parent rock of the region - i.e. it predominates locally. The building method used was dry-stone walling, demanding a high level of masonry expertise. Some of the site is built round natural rock formations. The actual structure comprises a huge enclosing wall some 20 metres high. Inside there are concentric passageways, along with a number of enclosures. One of these is thought to be a royal enclosure. Large quantities of gold and ceremonial battle axes, along with other objects have been found there.

Like many cosmopolitan cities of its era, Great Zimbabwe suffered a mysterious decline. Famines caused by overgrazing may have contributed to its demise, or perhaps a shift in preferred trade routes. If we understood more about the city's local industries and trade partners, we might understand better what led to its downfall.
Annalee Newitz is the author of the book, Scatter, Adapt and Remember: How Humans Will Survive a Mass Extinction. Follow her on Twitter.
Correction: An earlier version of this article incorrectly listed the number as 9 cities, when in fact it was only 8.