Archangeloi of the ELOHIM - The Birth of The “New” Human 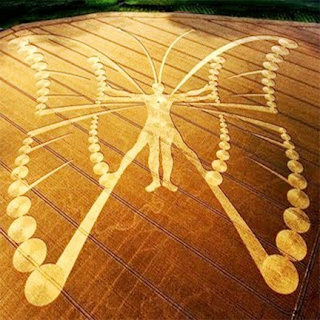 Greetings beloved ones we are the Archangeloi of the ELOHIM and we come to further guide and to explain that which was never explained to the human race. For in creating a history FOR you those who sought to contain and suppress you were able to blind you to your own power and your own origins. As many of you are now undergoing the transition process that will move you energetically into the higher dimensional timeline frequencies what you find there may be rejected by your human logical mind. So we come to prepare, to highlight the distortions that were created in he FREQUENCIES that allowed the lower dimensional timeline races to interfere with something that was created for ALL, the human race.

The human race were created in order that ALL who share this universe with Mother Earth could experience Mother Earth, her atmosphere, her animals, her nature, all gifts bestowed upon the planet from ALL in the universe. A shared resource that was supposed to benefit ALL within the universe. Those who sought to contain and suppress the PLANET EARTH needed a way in which to contain and suppress the very vehicle created to explore this wonderous planet. So they created the base dimensional frequencies that were inserted into the energy signature of Mother Earth. As the human vehicle was designed to at all times align with the planet earth then anything that contained and suppressed the planet would also contain and suppress the children of planet earth, namely the human race. This was never beloved ones about containing a race so much as containing a planet.
The byproduct of this was the containment of the energy that you are in TRUTH, for the energy that you are incarnates into the human vehicle and is aligned with the human vehicle. It soon became apparent that all who chose to incarnate upon planet earth merely triggered over and over again from these base dimensional timeline frequencies, this is what the old earth created for you and called KARMA. The old earth trying to teach you that this is a natural part of your evolution of your SOUL when in TRUTH it is a distortion that was created in order to prevent the natural evolution of your SOUL. Hence the clearing and cleansing of ALL frequencies that is required prior to entering the New Earth in TRUTH for the same frequencies are not permitted to take hold on the New Earth, that would negate the very process that is now underway in this universe.

Many of you may trigger at our words but it is to be remembered that nothing created within the old 3d earth paradigms was created in order to allow for expansion, expansion would see you remember your origins and would create the break in frequencies that would bring down the old 3d earth reality, that is what we present to you at this time, for ALL support this process for it is now the natural evolution of a race that was created for ALL by ALL and is incarnated into BY ALL. This is something that in human form your logical mind may try to filter out, so closely aligned with your human form the old 3d earth taught you to be, that many will not accept that their origins are not human. We repeat for clarity the human vehicle was only created to allow ALL to move around the planet earth and experience her gifts. The human race is not a race as such but a vehicle, the name given to align you fully to the old 3d earth paradigms, for in aligning with a race that is taught they are alone in the universe you in effect give your power to those who sought to contain and suppress.

Many are now waking to their origins, the children of ALL races/realms in this universe are now waking up within their human vehicles and are now remembering why they have birthed into the human race at this time. The breaking of the old 3d earth paradigms could only be from inside the human race for galactic law prevents outside influence, something that those of the lower dimensional timeline frequencies chose to ignore. The peeling away of the layers, the aligning fully with SOUL purpose will show you TRUTH to new levels of your BEing beloved ones, we are but the messengers, reflecting back that which YOU already KNOW at SOUL level in order to help you further in your human form upon this planet. We ask for you to process our words through the heart space for the heart KNOWS TRUTH as your SOUL KNOWS TRUTH.

As the structures of the old 3d earth continue to dissolve and TRUTH is revealed then the history of the human race will become more obvious and will become clearer. Huge pieces of human history created in order to create distortions that kept a race from uniting in the LOVE that IS, to keep it separate, for in keeping all parts of the human race separate no one could ever "join the dots" is the very human phrase we pluck from our channel's mind. So busy defending different sections that were created of human society, the human race never questioned its origins, too busy trying to stay alive in a world that was created to trigger them over and over into believing there was something to fear. Do you understand our guidance beloved ones? Do you see how you are kept on the run at all times? never being allowed to challenge for fear of reprisals from those who created the frequencies that now attempt to blind you to your origin.

We have touched upon the base dimensional timeline frequencies and many have triggered by our words and yet the human logical brain must accept that ALL reside in ALL dimensional timelines. That is there is every imaginable dimension that is available and it is all available in the NOW. The human logical mind does not like this concept, so aligned with linear time it has been taught to be that anything other than linear context will move it into a sort of chaos and this is deliberate dear ones, designed to prevent TRUTH being accepted for the logical mind will try to override the heart space at all times. This is the way that the 3d earth was created in order to prevent access to your SOUL. For those who sought to contain and suppress the human race knew that the SOUL KNOWS ALL, for your SOUL is the over seeing presence in this your human life experience. To cut off access to your SOUL knowledge is akin to blinding you in your eyes, a blind mind cannot see where he is going and will accept the directions of those who state they are here to help. Do you see the analogy beloved ones?

3D earth is not helping, it is blinding and the way to exit 3d earth in TRUTH is to listen to the guidance from your SOUL, it KNOWS who you are in TRUTH, it has always known for your SOUL is YOU in TRUTH. Do you understand our guidance? Many are ignoring their SOUL guidance and SOUL needs preferring to align with the human logical mind which tries to tell them that they are mistaken. Why would you incarnate into this dimensional timeline knowing that you have the chance to align fully with SOUL purpose and then ignore the guidance of your SOUL beloved ones? logic has no part to play in the New Earth for the logic that is taught on planet earth is a frequency distortion created to prevent access to your SOUL. Do you understand our guidance?

For many the next few weeks may be a time of vast chaos, as the old 3d earth begins to break down triggering the logical mind to look constantly for reference points. These reference points were created within the base dimensional timeline frequencies to prevent ascension from taking place, they are not supported under the New Earth energies and are now dissolving rapidly. A human vehicle that defers to logic as its primary source of information will find it almost impossible to make sense of the world around them. This is why we guide at all times beloved ones to live from the HEART SPACE, for the HEART KNOWS, the HEART is the connection out to your SOUL and the SOUL is the guiding LIGHT in this your human life experience and exit from the old 3d earth into the New Earth in TRUTH.

We are the Archangeloi of the ELOHIM and we will guide more in due course. The SOUL is the seat of your KNOWLEDGE, KNOWLEDGE gathered over aeons from your incarnations and experiences within this universe. You will not find what you seek within the human logical mind for that is not its purpose. ALL that you need sits at SOUL level, TRUST and have FAITH in your HEART space beloved ones, you were seeded with the LOVE that IS within this space for a reason before your incarnation into human form. For those who sought to contain and suppress Mother Earth did not venture into the heart space of the human vehicle , for they have little knowledge in their dimensional reality of the power of the LOVE that IS. That power is now flooding across and within the planet earth, awakening the heart space of ALL human vehicles at this moment. BREATHE life into the heart space and the gift that flows will be the gift of knowledge from your SOUL.

ALL ARE ONE and ALL JUST IS beloved ones. BREATHE and BE for the power of the LOVE that IS is so vast it cannot be stopped or altered, it can only expand and deepen as your knowledge now will expand and deepen in TRUTH.

Article may be reproduced in its entirety if authorship and authors website is clearly stated and article remains intact and in its original format which is written. NO permission is granted to change this format and this article must remain free to access at all times.
Posted by Obi-Wan Kabuki at 9:51 PM