Rate This
Note: This editor found Feinsteins idea rather amusing, Congress will be removed from power by the people before this will be allowed to happen. They’re really running scared… 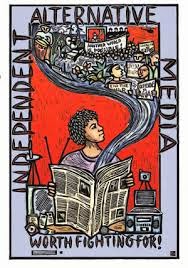 Dave Hodges
Activist Post
The alternative media is having a dramatic impact on the worldview of the country, so much so that US Senate is legislating against the only objective press left in the country.
It is a well-known fact that Senator Dianne Feinstein wants your guns and now she wants control over your words. Feinstein believes that a proposed media shield law should be applied only to who she refers to as “real reporters.” Feinstein chastises other reporters as “basement-dwelling, pajama-clad bloggers with no professional credentials”
At issue is that the government could soon decide who is a journalist and who is not. Feinstein introduced an amendment, to Senate bill 558, that defines a “covered journalist” as someone who gathers and reports news for “an entity or service that disseminates news and information.” The definition includes freelancers, part-timers and student journalists, and it permits a judge to go further and extend the protections to any “legitimate news-gathering activities.” In the definition introduced in Feinstein’s amendment, somebody writing for a small town paper with a circulation of 30 would receive First Amendment protections, but quality news people such as Steve Quayle, John Stadtmiller, Jeff Rense, Doug Hagmann, Stan Deyo, Michael Edwards, Alex Jones, George Noory and Matt Drudge would not be considered journalists and therefore, the First Amendment would not apply to this group of aforementioned newsmen. With the passage of this amendment, our sources would not be privileged and many of our sources would dry up. But Wolf Blitzer and Anderson Cooper can take bribes from the CIA to not cover certain stories, yet Feinstein thinks they deserve protection as authentic journalists. Award winning journalist, Amber Lyon, quit CNN because of the CIA and CNN’s complicity in obfuscating the truth from the American people, for a price. Obviously, journalistic integrity means nothing to someone like Feinstein.
This is the same Feinstein who In 2009, introduced legislation which directed $25 billion in “taxpayer money to a government agency that had just awarded her husband’s real estate firm a lucrative contract to sell foreclosed properties at compensation rates higher than the industry standards. Feinstein was a member of the Military Construction Veterans Affairs and Related Agencies Subcommittee (MILCON) from 2001 to 2005. During her tenure, Feinstein voted for appropriations worth billions of dollars to her husband’s firms URS Corp. and Perini Corp. Feinstein’s personal wealth accumulation since becoming a senator has grown to nearly $200 million. Feinstein has never held a job outside of public service. I am having trouble understanding how a public servant can accumulate a fortune of this magnitude.

Many of my colleagues in the alternative media have reported on Feinstein’s long list of conflicts of interest, including yours truly. This is why she is trying to attack the alternative media. In a quid pro quo, the gun-grabbing corporate controlled media, such as CNN, would never report on her illegal activities, but I will continue to do so as will my alternative media colleagues.
CNN’s ratings are in the toilet. The network used to get 6-10 million viewers for their primetime shows, now they get less than 500,000. Feinstein is carrying the water for the corporate controlled media and trying to eliminate the competition as much as possible. And of course, CNN would never reveal Feinstein’s dirty little secrets in exchange for her help.
The Communications Industry’s Attempt At Censorship
In 2009, I received an invitation to attend a victory party in Memphis to celebrate a grassroots victory over a senate bill which would have gutted net neutrality and would have subsequently subjected internet businesses and internet “bloggers” to the censorship whims of various communications firms (e.g., Verizon Wireless, AT&T, Bell South, etc.). A strong grassroots movement gathered nearly two million signatures which were subsequently obtained and forwarded to Congress and this prevented the lame-duck congress from privatizing the internet at the expense of the American public’s right to self-expression. At the time, it seemed that the Memphis net-neutrality victory celebration may have been premature thanks to Arizona Senator, John McCain.
Demagogues Should Never Be Criticized
John McCain previously introduced a bill that would fine bloggers up to $300,000 for “offensive statements, photos and videos posted by visitors on comment boards”.
If the bill would have been successful, this legislation would have marked the end for previously unrestrained opinions. Hiding behind the pretense of protecting our children, McCain’s legislation was referred to as the “Stop the Online Exploitation of Our Children Act.” The legislation demands that a Stalinist-type army of informants and spies will browse various websites looking for inappropriate Internet material which might pose a threat to children. McCain’s Internet army would then pass the information on to the relevant police authorities and subsequent bloggers could be fined $300,000 or have faced jail time.

Anyone who has participated in online comment boards is keenly aware that they are very difficult to moderate. Some articles and news events may receive thousands of comments. Yet, one oversight by the moderator, one day off from the Internet, could spell doom for the financial future of a blogger. What citizen can afford to take that chance? Hence, your right to self-expression has been sacrificed. Your first amendment right to self-expression is technically still intact. However, the personal affordability to exercise free speech would have been severely jeopardized.
The Goal Is the Shutdown of the Alternative Media
Whether Feinstein is successful in the latest round of attempting to silence the alternative media, is irrelevant. She is not the first to try and she certainly will not be the last.
Feinstein’s Amendment includes the following verbiage which goes after nearly anyone who does not work in the corporate controlled media in which she states that one is only a real journalist only if they have worked for “an entity or service that disseminates news or information by means of newspaper; nonfiction book; wire service; news agency; news website, mobile application or other new information service…news program; magazine or other periodical…or through television or radio broadcast…” These people would have to have the “primary intent to investigate events and procure material in order to disseminate to the public news or information.” Opinion journalists are not covered.
Conclusion
The communications industry, John McCain and now Sen. Feinstein are all attempting to shut down the alternative media. Why? Because we tell the people the truth, and when one is part of a psychopathic crime syndicate, the last thing they want to be told to the public is the truth!
Feinstein will likely fail this time, even though she has announced plans to try again if her amendment is not successful. Recent history strongly suggests that the globalists will also keep trying until they get what they want, which is to silence every journalist that they do not control.
As this point, we need to make collective decision about how important is a free and independent Internet. If and when the globalists are able to censor the Internet, what are we prepared to do about it? If we lose the war of words, we will surely lose everything and very quickly. If our First Amendment is taken away, are we prepared to withhold paying taxes? Are we prepared to engage in other forms of passive civil disobedience? We should begin to have the post-Internet preparation discussions, sooner rather than later, while we still have an Internet to communicate with.
Dave is an award winning psychology, statistics and research professor, a college basketball coach, a mental health counselor, a political activist and writer who has published dozens of editorials and articles in several publications such as Freedoms Phoenix, News With Views and The Arizona Republic.

The Common Sense Show features a wide variety of important topics that range from the loss of constitutional liberties, to the subsequent implementation of a police state under world governance, to exploring the limits of human potential. The primary purpose of The Common Sense Show is to provide Americans with the tools necessary to reclaim both our individual and national sovereignty.
http://www.activistpost.com/2013/09/congress-moves-to-outlaw-alternative.html

These threats only make us more determined. :)