Ancient Kingdom of Idu Discovered under a Mound

In northern Iraq hidden beneath a mound, archaeologists have discovered the ancient kingdom of Idu.
The mound sitting on top covering the newfound kingdom is known as Tell Qarqur and stands 32 feet high. The tell is composed of debris left by the city’s occupants of over 4,200 years ago. 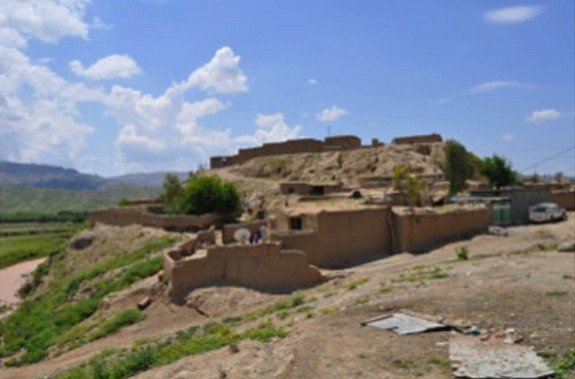 Now a modern-day village of Satu Qala sits on top of the mound.
Archaeologists determined the ancient kingdom flourished between 3,300 to 2,900 years ago. Beginning this period, the Assyrian empire had control of the city in order to govern the surrounding territory. When the empire failed, the city gained independence and was renamed Idu. Idu’s short life span was the centerpiece of the kingdom until the Assyrians reconquered it 140 years later.
A survey of the area in 2008 is when researchers were able to determine the name of the ancient empire. It was then when a villager brought research scientists an inscription with engravings bearing the ancient city’s name.
Since surveying the site in 2008, excavations could not begin until 2010 and 2011. Because of the conflicts in Iraq, working on the site was difficult.
Not only does the mound covering the ancient kingdom show evidence of Idu’s past history, recent history also claims Tell Qarqur.
In his 1987 campaign against the Kurds, Saddam Hussein’s army attacked and burnt the modern-day village sitting atop the mound. Visible remnants of the village partially burned in the attack are still evident.
From the excavation site, archaeologists have unearthed intriguing cuneiform inscriptions and artwork that date back thousands of years. The remains excavated date back to Neolithic times when farming was first introduced to the Middle East.
The artwork and inscriptions unearthed provide a glimpse of the city’s extravagant palaces hidden for centuries. In one inscription found, Ba’ilanu the ruler of Idu boasted to his predecessors that the palace he built was greater than any of his father’s.
Several pieces of artwork discovered hint to researchers that Idu became independent during its 140-year reign. 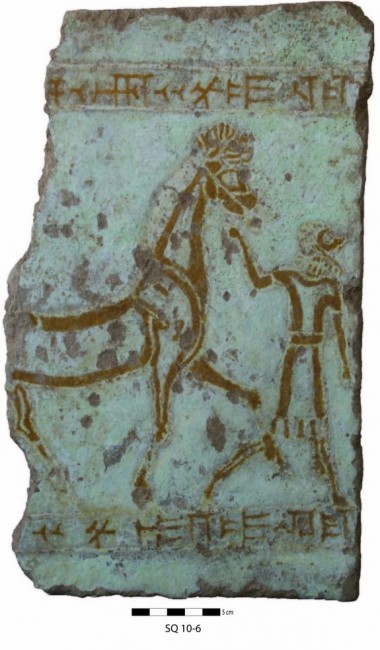 Another piece found shows a horse being led by a bearded man. Again, both above and below the symbol hold the same inscription as that of the sphinx art.
Through the excavations, researchers found that before Idu became an independent city, other decorated palaces were built. A zigzag patterned plaque was found with the inscription “Palace of Assurnasirpal, (king of the land of Assur).”
This discovery leads researchers to believe that Assurnasirpal must have built a palace at Idu after the city was reconquered by the Assyrians.
One of the other interesting artifacts found is a cylinder dating back 2,600 years, which illustrates a vivid mythical scenario.
The scene on the cylinder shows a man with a bow crouching in front of a griffon that is a typical symbol for a warrior god. Included with these images is a morning star that symbolizes the Goddess Ishtar, a crescent moon that symbolizes the moon god and a solar disc symbolic of the sun god. Also present is the rhomb, which represents fertility.
Currently, excavation is at a standstill. Researchers still need approval from the Kurdistan government and villagers before digging can continue. Some of the village houses will have to be removed from the site for a full-scale excavation to continue.
Although until approved excavation cannot occur, research scientists are continuing to analyze the artifacts already retrieved from the site.
In addition, a survey of the area will be conducted to get a sense of size of Idu’s ancient kingdom that has secretly been hidden under the mound for centuries.