THE PROOF OF THE RESTORATION OF THE REPUBLIC

NOTE: The Flag Appearing  Beside President Obama Is The FLAG OF THE REPUBLIC, Not the Flag of The Corporate USA Government

Guest
photo looks like a gold-fringed flag to me, which is admiralty, still corporate. Republic flag will be absent gold fringe, from what I understand.

Admin
Posts : 108431
Join date : 2012-01-04
Location : Woodstock Nation
synch! topspin just recently told me that the gold fringe is to represent maritime government. Not sure what that implies though.... hey topspin? can you elaborate? thanks

COMPILED AND PRESENTED BY WES PENRE, MAY 13, 2008
Category: America's Secret Destiny
THANKS TOPSPIN AND YMO!

Published here: Tuesday, May 13, 2008, 09:39 PM
Last Updated or Revised: Saturday, November 05, 2011 06:21 PM
Yes, you read the title correctly. We are not living in a country with a government of the people, by the people, for the people, but we are part of a giant Corporation, The United States Corporation, and the President of America is the CEO. We are only the employees. This Corporation, in its turn, is owned by another Corporation, The British Crown.
"Hey, wait a minute! First of all, America is not owned by Great Britain," you may way. "That's what the War of Independence was all about; to free ourselves from British tyranny. We are free from Britain and we have our own Constitution. Our Founding Fathers helped out with that!"
If this is what you think, it is incorrect, and I will tell you why. We have never been free from Britain; the power only changed from overt power to covert power. They gave us an illusion of freedom, and they have succeeded well to keep their little secret. Thus, the Founding Fathers, who most of them were Freemasons, had no intention to give us any freedom. They worked hand in glove with the British Crown all the time, but the only way to establish a "New World" in America was to fool the people and tell them that they were fighting for freedom. This is the plain truth in a nutshell, but now it's time to back up and explain the above a little deeper...
Corporation of the People, by the People, for the People
(The following section is an excerpt from David Icke's book, The David Icke Guide to the Global Conspiracy [and how to end it] pp. 231-233. I strongly recommend this book, because it gives you a brilliant overview of how this conspiracy works. You can order the book atwww.davidicke.com)
The United States 'government' is actually the United States Corporation. It was created behind the screen of a 'Federal Government' when, after the manufactured 'victory' in the American War on 'Independence', the British colonies exchanged overt dictatorship from London for the far more effective covert dictatorship that has been in place ever since.
In effect, the Virginia Company, the corporation headed by the British Crown that controlled the 'former' colonies, simply changed its name to the United States of America and other related pseudonyms. These include the US, USA, United States of America, Washington DC, District of Columbia (Samurais) and the President of the Corporation is known as the President of the United States. This is an accurate title given that one is the names for the Corporation is the 'United States'. He or she is not the President of the people or the country as they are led to believe - that's just the smokescreen.
This means that Bush launched a 'war on terrorism' on behalf of a private Corporation to further the goals of that Corporation. It had nothing to do with 'America' or 'Americans', because these are very different legal entities. It is the United States Corporation, not the 'government', which owns the United States military and everything else that comes under the term 'federal'. The privately-owned Corporation called the United States is the holding company, if you like, and the fifty states are its subsidiaries.
You may have noticed that the national flag of the United States always has a god fringe when displayed in court or federal buildings, and you see this also in federally-funded schools and on the uniforms of US troops. Under the International Law of the Flags, a gold fringe indicates the jurisdiction of commercial law, also known as British Maritime Law, and, in the US, as the Uniform Commercial Code, or UCC. The gold fringe is not part of the American flag known as the Stars and Stripes, but it is a legal symbol indicating that the court, government building, school or soldier is operating under British Maritime Law and the Uniform Commercial Code; military and merchant law.
For example, if you appear in a court with a gold-fringed flag your constitutional rights are suspended, and you are being tried under British Maritime (military/merchant) Law. If it seems strange that a court or building on dry land could be administered under Maritime or Admiralty Law, look at US Code, Title 18 B 7. It says that Admiralty Jurisdiction is applicable in the following locations:

1) the high seas
2) any American ship
3) any lands reserved or acquired for the use of the United States, and under the exclusive or concurrent jurisdiction thereof, or any place purchased or otherwise acquired by the United States by consent of the legislature of the state. In other words, mainland America.

All this is founded on Roman law, which goes back to Babylon and Sumerian law, because the Illuminati have been playing this same game throughout the centuries wherever they have gone. The major politicians know that this is how things are and so do the top government administrators, judges, lawyers and insider 'journalists'.
Americans think that their government and legal system is pegged in some way to the Constitution, but it is not. The United States, like Britain and elsewhere, is ruled by commercial law to overcome the checks and balances of common law. It's another monumental fraud. The US court system does not operate under the American Constitution, but under corporate law. It is the law of contracts and you have to make a contract with the Corporation for that law to legally apply to you.
The scam has been set up so that when you register with the 'Federal Government' in any way, by accepting a Social Security Number, driver's license, or any of the other official federal documents, you are, unknowingly, contracting to become an asset-employee of the United States Corporation...Every word, or use of lower/upper case, is making a legal statement. Have you noticed that when you receive correspondence relating to government, law and anything to do with finance, including taxation, your name is always spelt in all upper case, as in BILL JONES?
But your upper case name is not you. It is a corporation/trust set up by the 'government' Corporation through the treasury department at your birth. Every time a child is born a corporation/trust is created using his or her name in all upper case. So BILL JONES is what they call a 'straw man', a corporate, not human, entity. They do it this way because governments are corporations and they operate under commercial law, the law of contracts. The laws passed by governments only apply to corporations and not to living, breathing, flesh and blood, sovereign, free men and women spelt in upper and lower case, or all lower case, as with Bill Jones, or bill jones. The living, breathing sovereign man and woman is subject to common law, not eh commercial law introduced by governments through legislation.
Using commercial law makes it much easier to install an 'elected' dictatorship. Unlike common law, you are not subject to precedents built up over centuries. You simply have to get a majority to vote for a bill in Parliament of Congress, or have the US President sign a document, and the law is imposed. What you also have to do - clearly not difficult - is to keep from the people the knowledge that their name in all upper case is not them. They will then pay you taxes and be subject to your jurisdiction and control in all areas of their lives, by unknowingly standing surety for the corporation - 'BILL JONES' - that they don't even know exists.
All court documents have the person's name in all upper case because under the law of contracts the living, breathing being cannot be tried under corporate law, only a corporate entity can. It is so crazy that Americans pay personal income tax to the government (corporation) via the Internal Revenue Service (IRS) when the law to introduce personal income tax was never passed. Ask anyone from the US government or IRS to produce the law that says Americans must pay income tax on their wages and they will not be able to do it. Many have tried and the law has never been revealed because it doesn't exist...A $50,000 reward was offered by the We The People organization to anyone who could produce the law and IRS agent, Sherry Jackson, thought it would be easy money. She then found out that there was no law and resigned to become a campaigner against this fantastic hoax...
...Yet, when people don't pay taxes, which they do not legally have to pay, the IRS takes their property, puts them in jail, and ever more often sends in the armed goons in the black masks. It's fascism, nothing less...If anyone thinks that without personal income tax there would be no education and other public services - it's not true. They are paid for by state and property taxes, business taxes, sales taxes, fuel tax, booze tax and all the other endless taxation that we pay besides income tax. In fact, personal income tax in the US is roughly the same as the money paid by government to the banks in interest on loans.
Also, watch this short video, which supports the above facts: 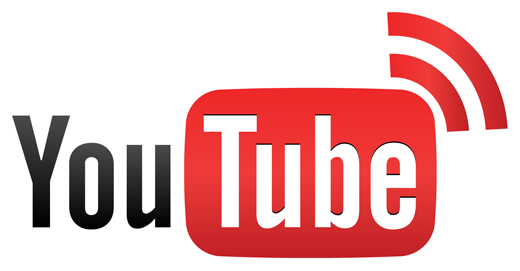 Guest
:athuup:  Prpl- GOOD info- thanks 4 bringing here! Knowing who one IS and is NOT, is very key understanding!!

» Items to be announced by JL & The Chinese are 1) Restoration of Republic on 8/1 2) New Hard Assets Backed Financial System 3) PP being delivered
» Michigan Assembly ‘De Jure Republic’ says Dunford Republic is Fraud and Void
» WE ARE NOW A REPUBLIC. US TREASURY, 6.2 TRILLION. WE ARE NO LONGER THE STATUTORY US CORPORATION. AND TO THE REPUBLIC FOR WHICH IT STANDS.
» REPUBLIC INTEL: "REPUBLIC WAS INSTALLED LAST NIGHT AFTER THE FED CORP GOV DEFAULTED AGAIN ON ITS BILLS"
» Restoration Time!