Latest topics
» Whistleblower: FDA and CDC both know, but won’t admit, that 90% of covid patient hospitalizations are the fully vaccinated

OUT OF MIND » PERCEPTUAL AWARENESS » THE SHIFT IN CONSCIOUSNESS » Gaianic Ascension 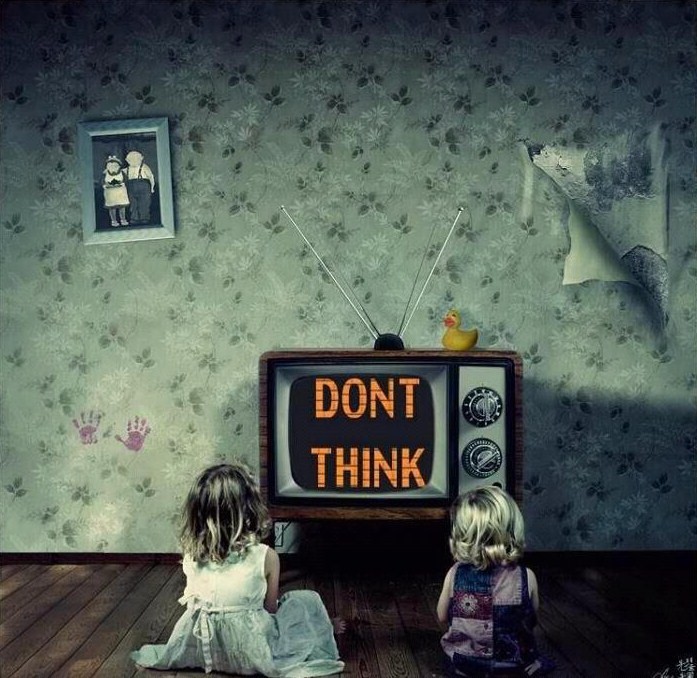 Image via Tumblr
By Lee Neale
There’s a quote bastardized from an ancient Indian Yogic philosophy, which runs a little something like this: When all is well with your holes, all is well with the world. You can reduce almost anything down to this simple truth. Holes. Going in: too much bad coffee at work, too much soap tabloid hysteria and Discovery Channel reruns of Armageddon Week, too many multi-million dollar selling pop songs, that say how it’s not about the money. Still way too many fossil-muncher deluxe sedans screaming that unless you buy them, you will have all the social potential of a freeze-dried genital wart. Too many trickster imperial secretaries of state salivating at the chance to give awards to the next fake incarnation of Gandhi, while with the other hand continuing to sign off on all manner of global mayhem. These are just a few of my unfavouritest hole-fillers. I’m sure you have an extensive list of your own.
We have allowed our consciousness to be subdued into a stupor of eroticized consumption and costly convenience; to be reduced to naught but a body dancing out a parody of existence with considerably less self-understanding and creative flair than that of an accidentally electrified meat sock. What was once an expansively interdependent, intricate and multi-dimensional totem of selfhood carved from the very bough of the intergalactic tree has become something resembling a plastic dime-store Tiki knock off.
And we have let it happen: each and every one of us. Like the old saying, “that a country gets the government it deserves,” so too, we get the level of self-realization that we deserve, by individually and collectively squandering our pact with nature at the most fundamental level.
An ever-growing number of our species however, are expressing an altogether different kind of reality; connecting with their multi-dimensional, co-creative selves in direct awareness of their role as an expression of the primordial consciousness from which all creation is formed. Such awakened people are actively channeling that heightened energetic awareness through their presence at the dense and slow moving level of molecular vibration that we are inclined to identify as physical reality.
Through this broader spectrum of energetic awareness, we already have abundant access to the peaceful, ecologically sustainable global humanity that is our birthright, and are bringing about that future with ever-greater clarity and purpose, even as we speak. Yes, the critically enlightened mass is growing; growing exponentially. Energetically expanding at a rate and a scope that belies even the greatest sum of its parts.
However, a great many still continue to drag their consciousness through the paralyzing swamp of fear and ignorance that assails us daily through mass media and cultural dogma. So whilst we as a species are fast awakening to the fact that we are very much part and parcel of a vast multi-dimensional spectrum of being, and that we possess a scope of creativity surpassing even its own ability to imagine itself, we had better pray that the inter-dimensional intelligences which seek to protect and guide us: our angels, our aliens, the elven choirs of hyper-space, mother Ayahuasca, hypnogogically manifest goblins and their kin, haven’t grown impatient with our infantile dawdling and have lobbied the universe for some sort of cosmic hammer to speed up the process of evolution on behalf of a planet grown weary of our lame propensity for violence and destructive self-delusion. 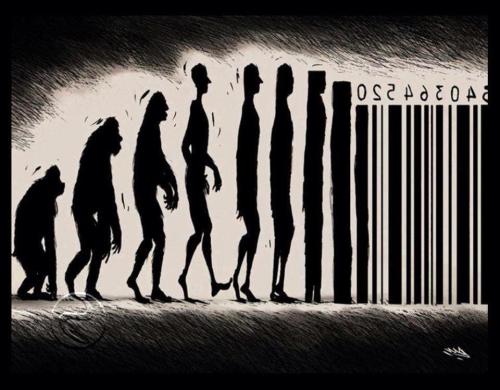 Image via Tumblr
Unless we want to be consigned permanently to the fossil record as an evolutionary dead end, we had better continue to do away once and for all, with the rabidly linear and mechanistic expressions of culture which are intent on selling us the worst possible versions of ourselves.
We must awaken into an understanding of the sheer scale and scope of the contribution which we are able to make to the very fabric of our realities at the atomic level, by connecting very deeply and directly with our felt experience in the moment.
Genuine evolution demands a return to the awareness of our moment to moment participation in shaping the collective consciousness of our species; demands that we engage with this field in a manner befitting our cosmically inspired potential.
Even as our collective global consciousness continues to be dominated by a narrow band of cognitive types hell-bent on maintaining hierarchical and mechanistic expressions of reality, there is much that can be done to release the grasp of fear and ego-centeredness that seeks to strangle the creative vitality out of our consciousness. We should not underestimate the cumulative power that even small day to day acts of loving intention and healing prayer can have upon our collective being. No longer are such concepts confined to the utopian hallucinations of beatnik dope-fiends; dismissible as laudable, but none the less sentimental pap, when stacked against the Darwinian edifice of “survival of the fittest.”
The effects of the subtle energetic exchanges involved in expressions of mass-consciousness have been analyzed in scientific terms and find a convincing theoretical basis within the emerging field of quantum physics. So its not for want of evidence of the immense power of collective human consciousness, but the inability to go were the evidence takes us.
Yes, we have come a long way, but we still have a long way to go. We still pay millions of dollars to other people to make our culture for us. People so removed in time and space as to be utterly irrelevant to felt experience in the moment. We channel surf, internet surf for answers: flick, flick, flicking. Click click, clicking. We are mesmerized by the opiate of wealthy, famous and powerful others. Not realizing that all the while, we have projected the energies of our being onto them, allowing them to act in our stead, to shape the world on our behalf because we lack the courage and insight to believe in the fuller potential of our own being. In truth, they only reflect the inner-aspirations and desired qualities which we have been too afraid to connect with directly. Qualities and energies which already exist abundantly within us, but we keep projecting them out and away from ourselves in chronic self-denial.
We need to reconstitute that energy and fully incarnate the elements of our collective soul, which have been so thoroughly compartmentalized through the trauma of our self-inflicted modes of ignorance. This process is so stark in its simplicity as to seem patently ludicrous to our convoluted materialist assumptions. It’s as simple as remembering the set of keys that we had been looking everywhere else for, but couldn’t find, because they were in our pocket the whole time. When we hold up those keys we realize things as they are. That we are all things: we are the cage of our own imprisonment, we are the key to open the cage and we are the embodiment of all the potential freedom which lies beyond it.
About the Author
Lee Neale is the founder of Shama Gaia. He’s an Australian-born sociologist, language teacher and Shamanic healer living in Japan.

OUT OF MIND » PERCEPTUAL AWARENESS » THE SHIFT IN CONSCIOUSNESS » Gaianic Ascension