Could the solution to the impending battery crunch be… origami? Scientists at Arizona State University have created a lithium-ion battery out of carbon nanotube-coated paper — and then, by folding it like a map, they have increased the battery’s energy density by 14 times.

We should probably start with the fact that this foldable lithium-ion battery is made out of paper. As you’ve probably surmised, it’s not possible to bend a conventional lithium battery, because it has numerous rigid parts (the carbon anode, the protective casing). To create a paper-based battery, the scientists started with a KimWipe (a porous lint-free paper towel), coated it with polyvinylidene difluoride (PVDF) to improve adhesion of carbon nanotubes — and then dunked the PVDF-coated paper into a solution of carbon nanotubes (CNTs). Powders of lithium titanate oxide (LTO) and lithium cobalt oxide (LCO) — standard lithium battery electrodes — are sandwiched between two sheets of CNT-imbued paper. Thin foils of copper and aluminium placed above and below the sheets of paper complete the battery. 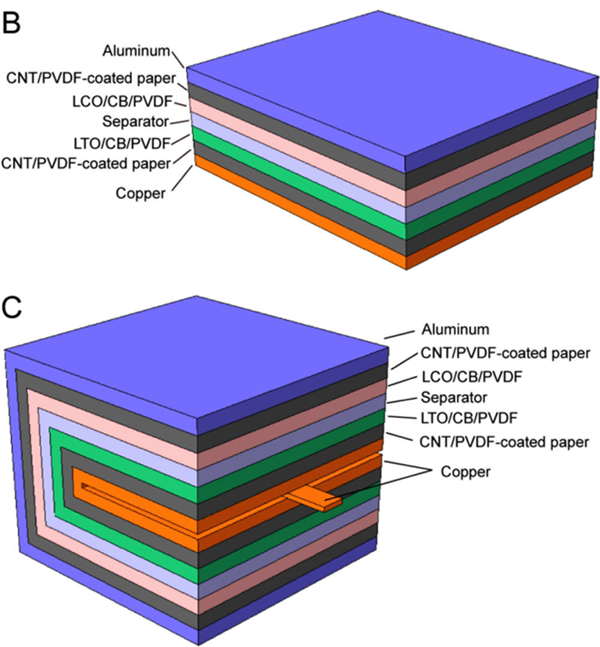 The end result is a thin, flexible paper-based battery with reasonable energy density for its mass/volume. The battery truly comes into its own when it’s folded, though. By using the Miura fold to stack the paper-based battery 25 times, the Arizona scientists found that the energy density could be increased by 14 times. The Miura fold, a rigid origami fold, was created by Japanese astrophysicist Koryo Miura for the space-saving deployment of spacecraft solar panels. Today, it’s most commonly found in fold-up maps, though even there it’s rarely used (probably because of the complexity of the fold). In short, the crease pattern of the Miura fold allows you to completely fold or unfold a piece of paper with just a single motion.

Using the Miura fold, the scientists took a 6×7-centimeter (42 cm2) lithium-ion paper battery, and kept folding it until it had a surface area of just 1.68 cm2. While this is a size reduction of around 25 times, the energy density was only increased by 14 times, due to losses from the folding process. The folded paper battery has an areal energy capacity of around 2.0 mAh/cm2, which drops off fairly quickly to 1.5 mAh/cm2 after a few charge/discharge cycles, but keeps its charge fairly well after that.

The scientists will now look at ways of folding the paper even more efficiently, further increasing energy density. Folded paper batteries might eventually be very useful for powering foldable devices — imagine a foldable e-ink or OLED display, powered by a foldable battery, that can be stashed away in your pocket when you don’t need it. 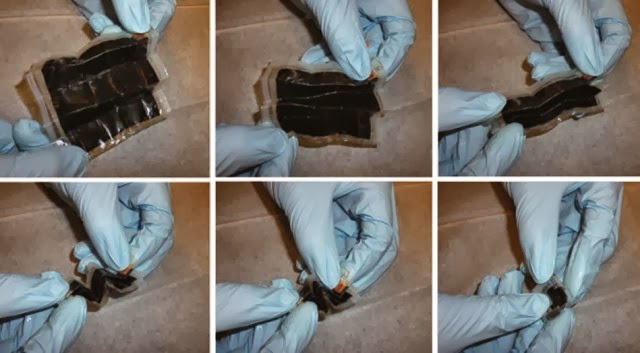 » Hemp Batteries are Eight Times More Powerful than Lithium, Scientists Discover
»  Battery revolution empowers consumers, unleashes renewables, imperils Big Energy
» We Are Being Sprayed W/ Lithium! Are You? Do You Have Lithium Symptoms?
» Feeling density of physical body, energy body and movement through
» If Your Energy Is Being Affected During These Times Of Change, Keep This In Mind: