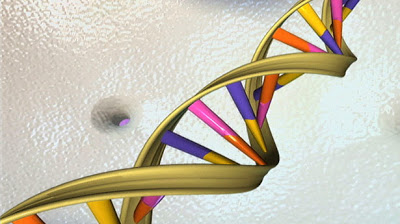 A U.S. scientist has discovered an internal body clock based on DNA that measures the biological age of our tissues and organs.

The clock shows that while many healthy tissues age at the same rate as the body as a whole, some of them age much faster or slower. The age of diseased organs varied hugely, with some many tens of years “older” than healthy tissue in the same person, according to the clock.

Researchers say that unraveling the mechanisms behind the clock will help them understand the ageing process and hopefully lead to drugs and other interventions that slow it down.

Therapies that counteract natural ageing are attracting huge interest from scientists because they target the single most important risk factor for scores of incurable diseases that strike in old age.

“Ultimately, it would be very exciting to develop therapy interventions to reset the clock and hopefully keep us young,” said Steve Horvath, professor of genetics and biostatistics at the University of California in Los Angeles.

Horvath looked at the DNA of nearly 8,000 samples of 51 different healthy and cancerous cells and tissues. Specifically, he looked at how methylation, a natural process that chemically modifies DNA, varied with age.

Horvath found that the methylation of 353 DNA markers varied consistently with age and could be used as a biological clock. The clock ticked fastest in the years up to around age 20, then slowed down to a steadier rate. Whether the DNA changes cause ageing or are caused by ageing is an unknown that scientists are now keen to work out.

“Does this relate to something that keeps track of age, or is a consequence of age? I really don’t know,” Horvath told the Guardian. “The development of grey hair is a marker of ageing, but nobody would say it causes ageing,” he said.

The clock has already revealed some intriguing results. Tests on healthy heart tissue showed that its biological age – how worn out it appears to be – was around nine years younger than expected. Female breast tissue aged faster than the rest of the body, on average appearing two years older.

Diseased tissues also aged at different rates, with cancers speeding up the clock by an average of 36 years. Some brain cancer tissues taken from children had a biological age of more than 80 years.

“Female breast tissue, even healthy tissue, seems to be older than other tissues of the human body. That’s interesting in the light that breast cancer is the most common cancer in women. Also, age is one of the primary risk factors of cancer, so these types of results could explain why cancer of the breast is so common,” Horvath said.

Healthy tissue surrounding a breast tumor was on average 12 years older than the rest of the woman’s body, the scientist’s tests revealed.

Writing in the journal Genome Biology, Horvath showed that the biological clock was reset to zero when cells plucked from an adult were reprogrammed back to a stem-cell-like state. The process for converting adult cells into stem cells, which can grow into any tissue in the body, won the Nobel prize in 2012 for Sir John Gurdon at Cambridge University and Shinya Yamanaka at Kyoto University.

“It provides a proof of concept that one can reset the clock,” said Horvath. The scientist now wants to run tests to see how neurodegenerative and infectious diseases affect, or are affected by, the biological clock.

“These data could prove valuable in furthering our knowledge of the biological changes that are linked to the ageing process,” said Veryan Codd, who works on the effects of biological ageing in cardiovascular disease at Leicester University. “It will be important to determine whether the accelerated ageing, as described here, is associated with other age-related diseases and if it is a causal factor in, or a consequence of, disease development.

“As more data becomes available, it will also be interesting to see whether a similar approach could identify tissue-specific ageing signatures, which could also prove important in disease mechanisms,” she added.

guardian.co.uk © Guardian News and Media 2013
Posted by Hipknowsys at 9:51 AM