Posted By: hobie [Send E-Mail]
Date: Wednesday, 13-Nov-2013 18:13:42
Hi, Folks -
Found at dinarguru.com, dunno how long ago today these were current:
=====
11-13-2013 Intel Guru TNT Tony [via
Already Blessed] NO BAD NEWS....JUST WAITING.
---
11-13-2013 Intel Guru Loechin OK all I can say is at this moment the UST is doing their thing...as soon as the UST is finished the 800 numbers will be released...I'm waiting for announcements...
---
11-13-2013 Intel Guru Loechin I just confirmed again that the RV is being released by the UST.... They are now in control of rolling this thing out...I just confirmed a third time that the RV was released to the UST from as high up as you can go this time...No time was given.
---
11-13-2013 Intel Guru TNT Tony We have talked to everybody except the IMF, they are on lock down. All bank personnel are being called in. Everybody thinks it is to happen sometime today. Nobody is upset about anything and there are no delays. We just don't know why that last document hasn't been completed. People in Iraq are reporting that their cards have been loaded at 3.44. Senators, Congressmen, & bank personnel are saying this is going to be a great day. All is being processed & should be done today, this evening between now and 10:00 pm EST we should see this. [post 1 of 2....stay tuned]

11-13-2013 Intel Guru TNT Tony As of this morning the rates remain the same: $36.84 - IQN, $6.47 - VNN, $1.09 - RUP, and $.22 - ZIM. People have already cashed in at those rates. The NDA covers every currency involved in the Global Currency Reset. If I were you I get to the bank as fast as I can...not even 15 days out. Christine Lagarde has been in Iraq for the last 3 days and won't leave until sometime today/tomorrow. The 72 hours has been completed. Don't know why it is taking so long to get the additional document. We are still waiting for it to be official, that's where we are at. Sometime today, the puzzle should be complete. [post 2 of 2] 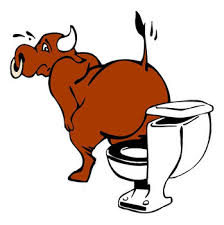 nanneerose wrote:Well he's got The Zimbabwe Dollar symbol wrong to start with the loser , its ZWD NOT ZIM!