Magical Beings in an Infinite Multiverse

…Or meat robots on a fast track to oblivion…
by R. Ayana
If you create your reality, why choose an unstable planet of ravenous, half conscious semi-domesticated primates? How do you come to be here, in a decimated ecosystem dominated by money worshipping clones?
The entire future begins from the place you’re occupying right now, the position you assume in the wide wild world – the place your assumptions are based, the concentrated point of perspective from which you emanate.
If you believe you’re a meat robot living in a clockwork world of rock-solid causality – designed to die and disappear in relatively short order while a finite universe swirls towards a greater all-consuming death through random entropy – then your observations of the world will tend to confirm your beliefs.
Everything around you will be in a perpetual state of decay and the second law of thermodynamics will be a depressing manifesto that describes your perceptions of life.
If, on the other hand, you believe you’re an immortal being who’s implicitly and implicately connected with everything in an infinite universe (or multiverse), synchronistic proofs will shower forth abundantly from the surrounding illusion of reality. Your beliefs will be further confirmed by the quasi-magical tenets of quantum theories and the implicate order preserved amid all apparent chaos and destruction.
The meat robot will see a competitive, hierarchical dog-eat-dog world where the law of the jungle and survival of the fittest obviously hold sway; an existence dominated by the simplistic demands of inherently pointless persistence. They will see nothing strange or wrong about killing and consuming the bodies of other meat robots. They will be possessed by possessions and all thing material. Isolate cogs in a dispassionate machine, meat automatons will be tempted to hoard whatever they can against the day when their components begin to break down and they start to descend into an inevitable spiral toward a scrapheap of rotting spare parts.  Even children become possessions in the meat robot’s mind, primarily representing a method of maintenance and a route toward biological immortality to blinkered, time-bound imaginations.
The magical being will perceive a co-creation of innumerable lifeforms and lifelike processes all cooperating to create the best of all possible worlds in a conscious and compassionate cosmos. The realisation that everything is connected and that everyone is everyone – all dwelling together in a cosmic holographic creation – will almost inevitably lead to an ethos of caring and sharing. Souls in a state of dawning awareness will slowly regain memories and abilities accrued over aeons of incarnations, gradually growing into fuller cognizance of their chosen role in the play of life; becoming comfortable with an immortal perspective. Children will be welcomed as overflowing vessels of exuberant love, coequals in life’s exploration of life.
The meat robot’s mind becomes locked onto dreams or nightmares of past happenstances or potential tomorrows, forever transfixed by an illusory passageway of ever-shrinking time. Events appear to flow more swiftly as the blissful wonder of childhood is relentlessly reprogrammed out of them by their hierarchically inclined robotic contemporaries; the robot pays less and less attention to their surroundings as their vision narrows into the vanishing point of pointless wage serfdom. They cling to crumbling remnant trappings from the rapidly disappearing temporary culture of their earliest days, avoiding all change and taking comfort only in the known and familiar.
Yet magical being or immortal infant are transfixed in each glorious moment of unfolding mystery. Pasts and futures are easily accessed when the need arises, all coexisting in endless, infinite, timeless time with the eternal gift of the present. Time stretches to eternity in the gaze of the beloved other and natural processed bud and blossom in a perpetual dance of light and colour. Life becomes poesy as a perpetual cornucopia of evolving and blending cultures provides endless elucidation, entertainment and inspiration.
The meat automata will capitulate to the inevitability of fate and the impartial unfairness of a randomly death-dealing universe while the magical immortal will revel in continually creating the reality they experience, observing chance randomness dance to the tune of harmonious thoughts and a focused compassionate will.
Meat automata create destructive cultures that grow from the pernicious seeds of imperialistic death cults, perpetually worshipping oblivion with dreadful myths of fearful cataclysms and species extinction – while simultaneously grasping at straws from priestly scarecrows who promise rapturous rescue, deathless salvation or evolutionary ascension in exchange for perpetual obedience and serfdom to meaningless routine.
Conscious immortals dwell in artistically inclined hegemonies overflowing with music, images, scents, flavours and sensations. Every supposedly mundane detail becomes a vibrant symbol and illuminating signpost along the endless Way, where all journeys are destinations and death is merely a joke told in good or bad taste, a temporary illusion that swiftly fades in the light of a beautiful new promising dawn. 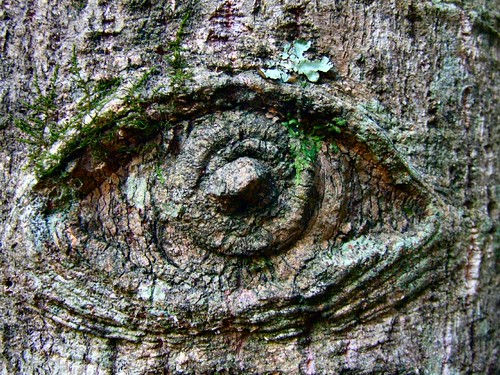 Absurd ‘Scientific’ Creationism – the Big Bang
The universe is a perpetually budding flower that arises from an unending well of dimensions, all intersecting in the centre of your being, right now, this instant, for ever. You create and magnetise the mindstuff of energy and matter at the speed of primal thought, far beyond the halting pace and retarded observations of the linguistically entrained mind.
Self-limited robotised beings who are fixated on fate and death cannot envisage infinity. Those who merely seek the origins and identity of the cutaway surface self cannot easily see beyond their own birth, attempting to divine eternal verities within the transient delineaments of a veiling mask. While concentrating on individual differences it’s easy to disregard universal truths and correspondences and imagine a single finite universe with a definite beginning and definable end.
MORE>>
+++
[Hat tip: PhilosophersStone]
ZenGardner.com
- See more at: http://www.zengardner.com/magical-beings-infinite-multiverse/#sthash.QEIjHTKA.dpuf