Hold on for this one: The Moon is hollow and this is why

Hold on for this one: The Moon is hollow and this is why


"What in blazes is our Moon doing way out there? It’s too far out to be a true satellite of Earth  , it is too big to have been captured by the Earth. The chances of such a capture having been effected and the Moon then having taken up a nearly circular orbit about the Earth are too small to make such an eventuality credible. . . . But, then, if the Moon is neither a true satellite of the Earth nor a captured one, what is it?” – Isaac Asimov, Asimov on Astronomy,” Doubleday, 1974; Mercury Press 1963; also quoted in Don Wilson’s book, Our Mysterious Spaceship Moon (1975) 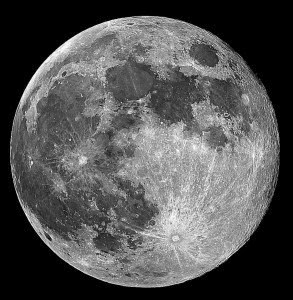 Have you ever stopped to think about our moon? Evidence describes an alternative story for its origin. Get ready for this one.

The Moon is the eye in the sky to the inhabitants of Earth. It provides us with the natural tidal cycles which are said to maintain the equilibrium of all species on the planet. Peculiarly, certain phases of the Moon cycle are even known to affect our moods and emotions.

Most will likely never question the existence or makeup of the Moon as it does its usual routine of lighting up the night sky and circling the planet, however many scientists are not convinced that the narrative of its origin is as ‘solid’ as we are lead to believe. Much controversy exists around the origin and makeup of the Moon today, and one of the largest arguments surrounding the satellite is the solidity (or lack thereof) of its center and the process by which we got our Moon in the first place.

Currently there are around 5 widely discussed theories of Moon formation. They are as follows:

1.)    Capture - This theory proposes that the Moon was captured by the gravitational pull of the Earth. The one main problem is the capture mechanism. A close encounter with Earth typically results in either collision or altered trajectories. This hypothesis has difficulty explaining the essentially identical oxygen isotope ratios of the two worlds.

2.)    Fission – This theory states that during a time when the Earth was forming and was still molten, the spinning of the planet projected out material which became our moon today. The Pacific Ocean was supposedly the area where the Moon came from, however this was debunked considering the immaturity of the ocean floor crust and the knowing that the moon formed much longer ago.

3.)    Accretion – This hypothesis states that the Earth and the Moon formed together as a double system from the primordial accretion disk of the Solar System. The problem with this hypothesis is that it does not explain the angular momentum of the Earth-Moon system or why the Moon has a relatively small iron core compared to the Earth (25% of its radius compared to 50% for the Earth).

4.)    Georeactor Explosion – A more radical alternative hypothesis, published in 2010, proposes that the Moon may have been formed from the explosion of a georeactor located along the core-mantle boundary at the equatorial plane of the rapidly rotating Earth.

» Moon Has Shadow Structures Proof Of Hollow Moon Theory
» Is The Moon Hollow? And What Creatures Are Living Inside?
» Multiple Scientists Claim the Moon Is a Hollow Construct
» 6 Astonishing Irregularities That Are Evidence of a Hollow Moon Space Station
» 2015 Alien Bases On The Moon and Hollow Earth 2015