OUT OF MIND » THE INSANITY OF REALITY » FINANCIAL COLLAPSE » Peak Pride Department: “It’s the sound of capitalism, pure and unholy.”

Is our pompous patriarchal pride peaking? Have we reached the tipping point?
The title quote above is from a review of  ”The Wolf of Wall Street:”
Scorcese’s “Wolf” is a Howl, and the Joke Isn’t Pretty
Apparently, this just released over-the-top “celebration” of alpha male capitalism goes on, and on — and on. For three hours:
““The Wolf of Wall Street” is based on the real Belfort’s post-prison memoirs, and it revels so heavily in sins of the flesh, with such inventiveness and Scorcesean brio, that it’s easy to mistake the film for an endorsement. The college-age guys whooping behind me at a preview screening certainly did — until 2 hours and 30 minutes in, when the film suddenly turns and punches the audience in the gut.”
Thank Scorcese for that punch, or is it the zeitgeist, which has had just about enough? Remember Howard Beale in “Network,” another prophetic film: “We’re mad as hell and we won’t take it anymore.”
Even nobel winning economist Joseph Stiglitz knows the world must change, and he pinpoints exactly what’s missing, the invisible currency that holds and runs through Nature, and our original natures, once we let go of this terminal insane culture’s constructed fake values that make and keep us separate, and preying upon one another, vying for “top dog,” for sport or survival.
The Great Divide
In No One We Trust
December 23, 2013
By Joseph E. Stiglitz
nyt
The Great Divide is a series about inequality.In America today, we are sometimes made to feel that it is naïve to be preoccupied with trust. Our songs advise against it, our TV shows tell stories showing its futility, and incessant reports of financial scandal remind us we’d be fools to give it to our bankers.
That last point may be true, but that doesn’t mean we should stop striving for a bit more trust in our society and our economy. Trust is what makes contracts, plans and everyday transactions possible; it facilitates the democratic process, from voting to law creation, and is necessary for social stability. It is essential for our lives. It is trust, more than money, that makes the world go round.
We do not measure trust in our national income accounts, but investments in trust are no less important than those in human capital or machines.
Unfortunately, however, trust is becoming yet another casualty of our country’s staggering inequality: As the gap between Americans widens, the bonds that hold society together weaken. So, too, as more and more people lose faith in a system that seems inexorably stacked against them, and the 1 percent ascend to ever more distant heights, this vital element of our institutions and our way of life is eroding.
The undervaluing of trust has its roots in our most popular economic traditions. Adam Smith argued forcefully that we would do better to trust in the pursuit of self-interest than in the good intentions of those who pursue the general interest. If everyone looked out for just himself, we would reach an equilibrium that was not just comfortable but also productive, in which the economy was fully efficient. To the morally uninspired, it’s an appealing idea: selfishness as the ultimate form of selflessness. (Elsewhere, in particular in his “Theory of Moral Sentiments,” Smith took a much more balanced view, though most of his latter-day adherents have not followed suit.)
But events — and economic research — over the past 30 years have shown not only that we cannot rely on self-interest, but also that no economy, not even a modern, market-based economy like America’s, can function well without a modicum of trust — and that unmitigated selfishness inevitably diminishes trust. 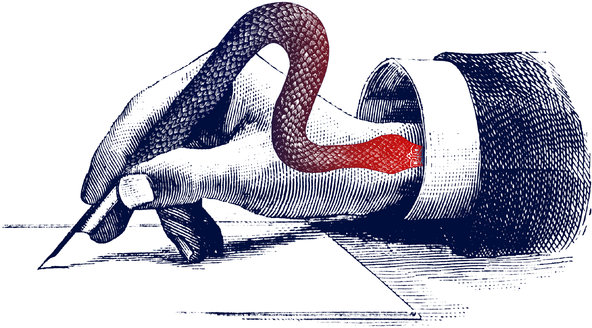 It’s hard to know just how far we’ve gone down the path toward complete trust disintegration, but the evidence is not encouraging.

But for our economy and society to function, participants must trust that the system is reasonably fair. Trust between individuals is usually reciprocal. But if I think that you are cheating me, it is more likely that I will retaliate, and try to cheat you. (These notions have been well developed in a branch of economics called the “theory of repeated games.”) When Americans see a tax system that taxes the wealthiest at a fraction of what they pay, they feel that they are fools to play along. All the more so when the wealthiest are able to move profits off shore. The fact that this can be done without breaking the law simply shows Americans that the financial and legal systems are designed by and for the rich.
As the trust deficit persists, a deeper rot takes hold: Attitudes and norms begin to change. When no one is trustworthy, it will be only fools who trust. The concept of fairness itself is eroded. A study published last year by the National Academy of Sciences suggests that the upper classes are more likely to engage in what has traditionally been considered unethical behavior. Perhaps this is the only way for some to reconcile their worldview with their outlandish financial success, often achieved through actions that reveal a kind of moral deprivation.
It’s hard to know just how far we’ve gone down the path toward complete trust disintegration, but the evidence is not encouraging.
Economic inequality, political inequality, and an inequality-promoting legal system all mutually reinforce one another. We get a legal system that provides privileges to the rich and powerful. Occasionally, individual egregious behavior is punished (Bernard L. Madoff comes to mind); but none of those who headed our mighty banks are held accountable.
As always, it is the poor and the unconnected who suffer most from this, and who are the most repeatedly deceived. Nowhere was this more evident than in the foreclosure crisis. The subprime mortgage hawkers, putting themselves forward as experts in finance, assured unqualified borrowers that repayment would be no problem. Later millions would lose their homes. The banks figured out how to get court affidavits signed by the thousands (in what came to be calledrobo-signing), certifying that they had examined their records and that these particular individuals owed money — and so should bebooted out of their homes. The banks were lying on a grand scale, but they knew that if they didn’t get caught, they would walk off with huge profits, their officials’ pockets stuffed with bonuses. And if they did get caught, their shareholders would be left paying the tab. The ordinary homeowner simply didn’t have the resources to fight them. It was just one example among many in the wake of the crisis where banks were seemingly immune to the rule of law.
I’ve written about many dimensions of inequality in our society — inequality of wealth, of income, of access to education and health, of opportunity. But perhaps even more than opportunity, Americans cherish equality before the law. Here, inequality has infected the heart of our ideals.
I suspect there is only one way to really get trust back. We need to pass strong regulations, embodying norms of good behavior, and appoint bold regulators to enforce them. We did just that after the roaring ’20s crashed; our efforts since 2007 have been sputtering and incomplete. Firms also need to do better than skirt the edges of regulations. We need higher norms for what constitutes acceptable behavior, like those embodied in the United Nations’ Guiding Principles on Business and Human Rights. But we also need regulations to enforce these norms — a new version of trust but verify. No rules will be strong enough to prevent every abuse, yet good, strong regulations can stop the worst of it.
Strong values enable us to live in harmony with one another. Without trust, there can be no harmony, nor can there be a strong economy. Inequality in America is degrading our trust. For our own sake, and for the sake of future generations, it’s time to start rebuilding it. That this even requires pointing out shows how far we have to go.

OUT OF MIND » THE INSANITY OF REALITY » FINANCIAL COLLAPSE » Peak Pride Department: “It’s the sound of capitalism, pure and unholy.”