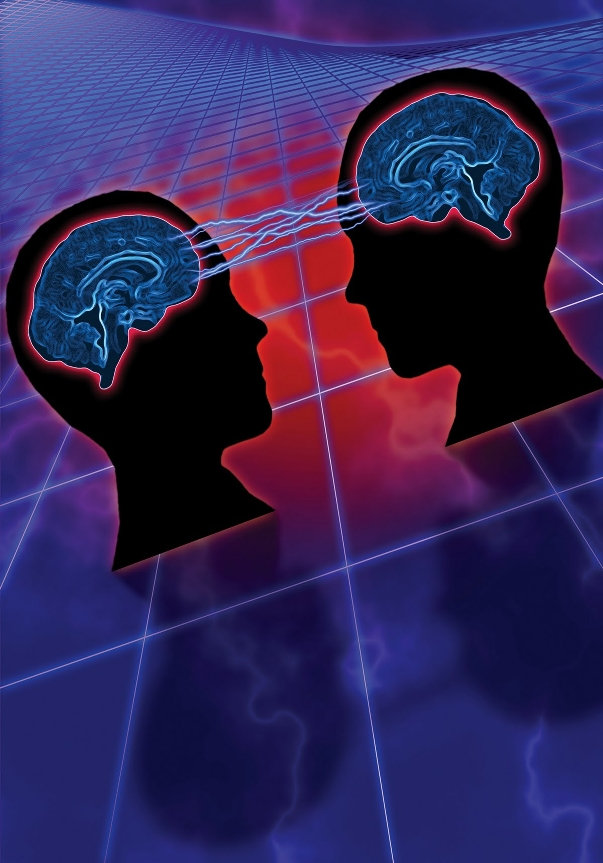 A biological research team at Bielefeld University has made a groundbreaking discovery showing that plants can draw an alternative source of energy from other plants. This finding could also have a major impact on the future of bioenergy eventually providing the evidence to show that people draw energy from others in much the same …way.
Members of Professor Dr. Olaf Kruse’s biological research team have confirmed for the first time that a plant, the green alga Chlamydomonas reinhardtii, not only engages in photosynthesis, but also has an alternative source of energy: it can draw it from other plants. The research findings were released this week in the online journal Nature Communications published by the renowned journal Nature.
Flowers need water and light to grow and people are no different. Our physical bodies are like sponges, soaking up the environment. “This is exactly why there are certain people who feel uncomfortable in specific group settings where there is a mix of energy and emotions,” said psychologist and energy healer Dr. Olivia Bader-Lee.
Plants engage in the photosynthesis of carbon dioxide, water, and light. In a series of experiments, Professor Dr. Olaf Kruse and his team cultivated the microscopically small green alga species Chlamydomonas reinhardtii and observed that when faced with a shortage of energy, these single-cell plants can draw energy from neighbouring vegetable cellulose instead. The alga secretes enzymes (so-called cellulose enzymes) that ‘digest’ the cellulose, breaking it down into smaller sugar components. These are then transported into the cells and transformed into a source of energy: the alga can continue to grow.
‘This is the first time that such a behaviour has been confirmed in a vegetable organism’, says Professor Kruse. ‘That algae can digest cellulose contradicts every previous textbook. To a certain extent, what we are seeing is plants eating plants’. Currently, the scientists are studying whether this mechanism can also be found in other types of alga. Preliminary findings indicate that this is the case.
“When energy studies become more advanced in the coming years, we will eventually see this translated to human beings as well,” stated Bader-Lee. “The human organism is very much like a plant, it draws needed energy to feed emotional states and this can essentially energize cells or cause increases in cortisol and catabolize cells depending on the emotional trigger.”
Bader-Lee suggests that the field of bioenergy is now ever evolving and that studies on the plant and animal world will soon translate and demonstrate what energy metaphysicians have known all along — that humans can heal each other simply through energy transfer just as plants do. “Human can absorb and heal through other humans, animals, and any part of nature. That’s why being around nature is often uplifting and energizing for so many people,” she concluded.
Here are five energy tools to use to clear your space and prevent energy drains while releasing people’s energy:
Stay centered and grounded. If you are centered within your spiritual self (instead of your analyzer or ego) you will sense right away when something has moved into your space. If you are fully grounded, you can easily release other people’s energy and emotions down your grounding cord with your intention.
Be in a state of non-resistance. What we resists sticks. If you feel uncomfortable around a certain person or in a group, don’t go into resistance as a way to protect yourself as this will only keep foreign energy stuck in your space. Move into a state of non-resistance by imagining that your body is clear and translucent like clear glass or water. This way, if someone throws some invalidation at you, it will pass right through you.
Own your personal aura space. We each have an energetic aura surrounding our body. If we don’t own this personal space we are vulnerable to foreign energy entering it. Become aware of your aura boundaries (about an arms length away from your body all the way around, above and below) as a way to own your personal space.
Give yourself an energy cleanse. The color gold has a high vibration which is useful for clearing away foreign energy. Imagine a gold shower nozzle at the top of your aura (a few feet above your head) and turn it on, allowing clear gold energy to flow through your aura and body space and release down your grounding. You will immediately feel cleansed and refreshed.
Call back your energy. When we have our energy in our own space there is less room for other’s energy to enter. But as we focus on other people and projects we sometimes spread our energy around. Create an image of a clear gold sun several feet above your head and let it be a magnet, attracting all of your energy back into it (and purifying it in the gold energy). Then bring it down through the top of your aura and into your body space, releasing your energy back into your personal space.
Michael Forrester
source:
http://infinite-macro-kozmik.tumblr.com/