OUT OF MIND » PERCEPTUAL AWARENESS » OTHER DIMENSIONAL » How Do We Know that NDE’s are Real?

How Do We Know that NDE’s are Real?

By AngelicView
Well, the truth is that everyone has to make that decision for themselves. Below I will give you some fantastic evidence toward the reality of the NDE (Near Death Experience), but I won’t try very hard to 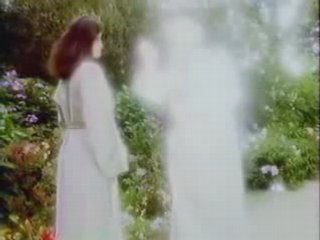 convince anyone that they are real. For me, they are!
One reason why people may press against the reality of the NDE might be because of religious-ness – either through a world religion (examples: Christianity or Muslim), or the religion of no-religion (examples: Atheists or Science-Programming) because the individual does have to shift their perspective in the way they think. If I come across a person with hard-core beliefs in either religion or no-religion, then I might tell them about NDE’s briefly, but I’m not going to push my beliefs on someone else just like I wouldn’t want their beliefs pushed upon me.
So here are some reasons why I believe NDE’s are real:
Thousands of Accounts
If you look across the internet and in your local library, you will find literally thousands of accounts of people who are telling us that they’ve had an NDE. One of the sites I use a lot in my research is NDERF (Near Death Experience Research Foundation). I have read every single NDE on that site. Some are quite short stories and some are more lengthy. But for each person, it was a life-changing experience. Nearly all NDE’s have changed the life of the experiencer. It is estimated that the total amount of experiencers in the world could be in the millions, as many go unreported. There are also Facebook pages now that contain NDE stories that cannot be found on research sites. In addition, IANDS (The International Association for Near-Death Studies) has many accounts listed on their site.
Nothing to Gain
On occasion people will write a book about their experience. One or two stories have been made into movies. But for the vast majority of these people, they have nothing to gain by telling us their story. In the case of NDERF, stories usually get posted and then buried under piles and piles of other stories and probably rarely looked at again. And yet the stories just keep on coming in. Most NDE’rs insist that they feel like they need to tell their story – even that they were sent back in order to tell their story. And so what do most people think to do (besides post it on a website)? They write a book about it. I really don’t think that most people would do that with the thought in mind that they are going to get rich off of this.
Similarity of Stories
It’s amazing that I never tire of reading NDE’s because the stories are often so similar to each other. The ones I post here are always either extra-ordinary or unique in some way. In addition to the similarity of the stories, you have the fact that the experience details – while the same compared to each other – are different from any religious and non-religious teachings we have here on Earth.
Scientific Evidence
Below I am going to post some of my favorite examples of scientific evidence and the website I am getting these from is Near-Death.com. There is a whole page (a long page) there all about scientific evidence, so click on the link to look at the whole thing. Here I’m just going to share some of my favorite ones.

People born blind can see during an NDE
Dr. Kenneth Ring and Sharon Cooper completed a two-year study into the NDEs of the blind. They published their findings in a book entitled “Mindsight” in which they documented the solid evidence of 31 cases in which blind people report visually accurate information obtained during an NDE.
Out of Body Perceptions during NDE’s have been Verified
Often, near-death experiencers report witnessing events that happen at some distant location away from their body, such as another room of the hospital. If the events witnessed by the experiencer at the distant location can be verified to have occurred, then veridical perception would be said to have taken place. It would provide very compelling evidence that NDEs are experiences outside of the physical body. Visit the NDE and Out-Of-Body research conclusions to read a large collection of veridical NDEs.

AV: In addition to Near-Death.com’s collection of veridical NDE’s, I have to say that I have read perhaps hundreds of more NDE’s in which the perceptions of the experiencer while out of body have been verified. On NDERF’s website, there is a specific question in the questionnaire that asks that. Also, people who have an NDE can often tell you later exactly what the people around them were doing – even during surgery.
People have NDE’s while they are Brain Dead
AV: There are articles and more information listed there on Near-Death.com, in addition to Pam Reynolds’ NDE, which is also here on AngelicView.
Scientific Discoveries are brought back by the NDE’r
Some people have returned from a NDE and have been able to successfully diagnose and heal people – even bring back useful scientific information – due to the after-effects attributed to their NDEs.
AV: There is so much information on a lot of these subjects that it’s hard to condense it down to a paragraph or two. More info on this can be read here and here.
NDEs have advanced the field of medical science
One of the best examples of bringing back scientific discoveries resulting from an NDE is a wonderful man by the name of Mellen-Thomas Benedict. (AV: His NDE can be found here on AngelicView titled, “We Are the Most Beautiful Creations Part I, II, and III) After his NDE, Mellen-Thomas Benedict brought back a great deal of scientific information concerning biophotonics, cellular communication, quantum biology, and DNA research. Mellen-Thomas Benedict currently holds eight U.S. patents and is always working on more.
NDEs correspond with the “quirky” principles found in physics
People have been clinically dead for several days
AV: One example ↓
Rev. George Rodonaia underwent one of the most extended cases of a near-death experience ever recorded. Pronounced dead immediately after he was hit by a car in 1976, he was left for three days in the morgue. He did not “return to life” until a doctor began to make an incision in his abdomen as part of an autopsy procedure. Prior to his NDE he worked as a neuropathologist. He was also an avowed atheist. Yet after the experience, he devoted himself exclusively to the study of spirituality, taking a second doctorate in the psychology of religion.
NDEs have produced visions of the future which later became true
AV: Many people were given visions of the future during their near-death experience. You can find a comprehensive article here. There are many more on NDERF but they are much more spread out and you’d be reading for days and days looking for them

Groups of people can share the same NDE
A rare type of NDE called the “group near-death experience” is a phenomenon where a whole group of people have a NDE at the same time and location. They see each other outside of their bodies and have a shared or similar experience.
AV: In addition, a person who is physically near-by another person who is dying can share their experience. It has also happened with dying pets.
NDEs change people unlike hallucinations and dreams
No matter what the nature of the NDE, it alters lives. Alcoholics find themselves unable to imbibe. Hardened criminals opt for a life of helping others. Atheists embrace the existence of a deity, while dogmatic members of a particular religion report “feeling welcome in any church or temple or mosque. (AV: However, their belief systems may have drastically changed.) 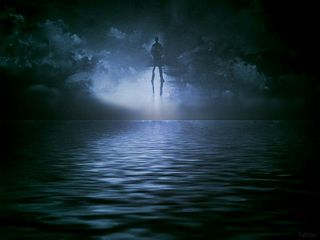 Nancy Evans Bush, president emeritus of the International Association for Near-Death Studies, says the experience is revelatory. “Most near-death survivors say they don’t think there is a God,” she says. “They know.” In 1975, when Raymond Moody published Life After Life, a book that coined the term “near-death experience” (NDE) to describe this hard-to-define phenomenon. Moody interviewed 150 near-death patients who reported vivid experiences (flashing back to childhood, coming face to face with Christ). He found that those who had undergone NDEs became more altruistic, less materialistic, and more loving.
Bruce Greyson and Ian Stevenson have been instrumental in gathering evidence indicating that religious backgrounds do not affect who is most likely to have a NDE. They have mapped out the conversion-like effects of NDEs that can sometimes lead to hardship. “They can see the good in all people,” Greyson says of people who have experienced the phenomenon. “They act fairly naive, and they often allow themselves to be opened up to con men who abuse their trust.” They have gathered reports of high divorce rates and problems in the workplace following NDEs. “The values you get from a NDE are not the ones you need to function in everyday life,” says Greyson. Having stared eternity in the face, he observes, those who return often lose their taste for ego-boosting achievement. Not even the diehard skeptics doubt the powerful personal effects of NDEs. “This is a profound emotional experience,” explains Nuland. “People are convinced that they’ve seen heaven.”

AV: Well, that’s enough for tonight. Like usual, I could go on and on! But suffice it to say that if I was a religious person, my religion would be Near-Death-Experience Religion (what would you call that?). I just call it “Spirituality”.

OUT OF MIND » PERCEPTUAL AWARENESS » OTHER DIMENSIONAL » How Do We Know that NDE’s are Real?