If the global domination is allowed to take root, biotech and Big Agra will control the world food supply, at the expense of personal liberty. 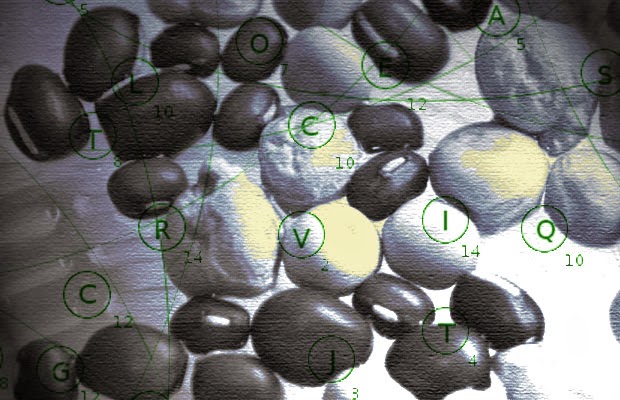 Because independence is the greatest of all crimes under the emerging global government, which essentially works to protect the dominance established by the biggest of corporations, who participate, in turn, as de facto members of the ruling oligarchy – and in baby steps through the EU, and emerging North American Union, the Trans-Pacific Partnership, et al.

The U.S. has already seen its fair share of cases where backyard gardens and rain collectors are raided by SWAT teams, shut down through regulations and otherwise intimidated out of proliferation.

Now, official policies to support this kind of dominance by biotech, pesticide companies and other plays in big agribusiness are being pushed through in Europe, in this case by the European Commission through a truly bunk proposed law.

The European Commission is changing the European Union’s plant legislation, apparently to enhance food safety across the continent. This move has sparked a heavy opposition from many, saying that the measure will threaten seed diversity and favour large agrochemical businesses. This new law creates new powers to classify and regulate all plant life anywhere in Europe.

The “Plant Reproductive Material Law” regulates all plants. It contains restrictions on vegetables and woodland trees, as well as all other plants of any species. It will be illegal to grow, reproduce, or trade any vegetable seed or tree that has not been been tested and approved by the government, more specifically the “EU Plant Variety Agency.” [...] The new law basically puts the government in charge of all plants and seeds in Europe, and prevents home gardeners from growing their own plants from non-regulated seeds. If they did, they would now be considered criminals.

If this takes root as law in Europe and elsewhere, it will contribute towards the total subjugation of the people to the undue powers granted to biotech and Big Agra.

The Real Seed Catalogue has warned about this tyrannical law and the business interests behind it. They say that under this bad law, “It costs nearly £3000 to test & register just one single variety of seed for sale“:

This law will immediately stop the professional development of vegetable varieties for home gardeners, organic growers and small scale market farmers. Home gardeners have really different needs – for example they grow by hand, not machine, and can’t or don’t want to use such powerful chemical sprays. There’s no way to register the varieties suitable for home use as they don’t meet the strict criteria of the Plant Variety Agency, which is only concerned about approving the sort of seed used by industrial farmers – Ben Gabel, Director of The Real Seed Catalogue

According to the Real Seed Catalogue, the bill was heard by the EU Environment and Agriculture committees, but has been reworked due to significant public outcry. As of Nov. 2013, they reported, “The feedback we’re getting from all the MEPs is that they are receiving hundreds of emails, and they really know that there is a problem and that gardeners are worried!“

A community petition posted on Avaaz.org titled “We don’t accept this. Let us keep our seeds EU!” is nearing 100,000 signatures and may have worthwhile influence in convincing Europe’s unelected bureaucrats to drop this ridiculous corporate interest law. Click here to view and sign.

Additionally, you can personalize the form letter posted on the Real Seed Catalogue and send it to the appropriate members of the European Parliament to let them know the public is watching with disdain.

This kind of tactic was literally used in the occupation of Iraq, by the way, where Bush appointee Paul Bremmer instituted the so-called 100 Orders of the Coalition Provisional Authority (CPA) that in one part forced Iraqi farmers to use only registered seeds, essentially jeopardizing thousands of thousands of years of heirloom seed agriculture, dating back to Mesopotamia.

Instead, it strong armed most farmers into using genetically-modified seeds – even as new corporate friendly agricultural cropped up to grow a brand new corn industry to grow, in turn to grow fodder for its brand new beef cattle industry.

As Global Research aptly explained in their 2005 article, "Biopiracy and GMOS: The Fate of Iraq’s Agriculture":

Order 81 deals specifically with Plant Variety Protection (PVP) because it is designed to protect the commercial interests of corporate seed companies. Its aim is to force Iraqi farmers to plant so-called “protected” crop varieties ‘defined as new, distinct uniform and stable’, and most likely genetically modified. This means Iraqi farmers will have one choice; to buy PVP registered seeds. Order 81 opens the way for patenting (ownership) of plant forms, and facilitates the introduction of genetically modified crops or organisms (GMOs) to Iraq. U.S. agricultural biotechnology corporations, such as Monsanto and Syngenta will be the beneficiaries. [4] Iraqi farmers will be forced to buy their seeds from these corporations. GMOs will replace the old tradition of breeding closely related plants, and replace them with organisms composed of DNA from an altogether different species, e.g., bacterium genes into corn. In the long run, there won’t be a big enough gene pool for genetic viability.

Upon purchasing the patented seeds, farmers must sign the company’s technology agreement (Technology User Agreements). This agreement allows the company to control farmers’ practices and conduct property investigation. The farmer becomes the slave of the company. Like U.S. farmers, Iraqi farmers will be “harassed for doing what they have always done.” For example, Iraqi farmers can be sued by Monsanto, if their non-GMO crops are polluted by GMO crops planted in their vicinity. [5] The health and environmental consequences of GMO crops are still unknown. GMO-based agriculture definitely encourages monoculture and genetic pollution. Moreover, this will further increase the already polluted Iraqi environment as a result of tens of thousands of tons of ‘depleted’ uranium dust, napalm, chemical weapons, and phosphorous bombs.

Farmers will also be required to buy fertilisers, herbicides and insecticides, against plants disease. Iraqi farmers will be required to pay royalties for the new seeds and they will be forbidden from saving seeds. In other words, Iraqi farmers will become agricultural producers for export, a recipe for the introduction of hunger in Iraq, not unknown in many developing countries. Unless an independent sovereign Iraqi government repeals these edicts, they will override Iraq’s original patent law of 1970, which, in accordance with the Iraqi constitution, prohibited private ownership of biological resources.

Furthermore, Order 81 ignores Iraqi farmers’ old traditions of saving seeds, and using their knowledge to breed and plant their crops. It also brutally disregards the contributions which Iraqi farmers have made over hundreds of generations to the development of important crops like wheat, barley, dates and pulses. If anybody owns those varieties and their unique virtues, it is the families who bred them, even though nobody has described or characterized them in terms of their genetic makeup. If anything, the new law — in allowing old varieties to be genetically manipulated or otherwise modified and then “registered” — involves the theft of inherited intellectual property, the loss of farmers’ freedoms, and the destruction of food sovereignty in Iraq.

Aaron Dykes is a co-founder of TruthstreamMedia.com, where this first appeared. As a writer, researcher and video producer who has worked on numerous documentaries and investigative reports, he uses history as a guide to decode current events, uncover obscure agendas and contrast them with the dignity afforded individuals as recognized in documents like the Bill of Rights.