Today at 9:03 pm by PurpleSkyz

Today at 7:22 pm by Motherbinary

Today at 6:56 pm by Motherbinary

Today at 6:55 pm by Motherbinary

» Announcing Out Of Mind New Daily Newsletter on Follow It!

Yesterday at 8:25 am by PurpleSkyz

Yesterday at 8:08 am by PurpleSkyz

» What Happens if the Election Audits Go Trump’s Way?

» The F-ing President Has F-ing Dementia

Guest
The New Declaration of Independence for
Planet Earth


We are very aware of how upset many people are at having been told every week that this would be the week for the first Prosperity funds to be released to the Lightworkers. We are also aware of how many of you have exhausted your funds in a way you would not have done if you had not believed they were coming.


We do understand that it is a matter of faith that you used your resources in generous and liberal ways to bring pleasure to your families, yourselves and others. Many of you have worked at what you love without pay, or with very little. You are talented and resourceful people and would have been able to earn large salaries if you had pursued the money path rather than a spiritual path.


It has caused much concern in the Lightworkers' community to know that there are so many who are losing their houses, closing their businesses and forgoing many things in order to continue their connection to the greater project - working on themselves, offering to be of service to others, and pursuing their studies to raise vibrations to prepare for Ascension.


These are indeed the honorable pursuits. It is a path that has been followed by monks, rabbis, priests, nuns and spiritual seekers of every persuasion since time began, and it is more important now than ever before. This transition, from relative wealth (compared to much of the world) to very modest conditions is a shock to anyone who has been used to the middle class conveniences and luxuries. It was not what you expected when you bravely launched your exploration to "find yourself."


We now encourage you, Beloved Ones, to continue on your path. The most difficult pause in your climb is when you reach the resting place 7/8 of the way to your destination. Will the rainbow lead you to the pot of gold, or will your arduous journey end in disillusionment? Will the pot of gold really be gold, or something more precious and wondrous, like a revelation or a vision of future glory?


Use this time to cross the boundaries your culture has laid down to keep you apart from one another. Help your neighbors as well as your friends and family members. Share what you have, even if it is limited. You remember the story about the stone soup, where everyone added a bit to the soup, and it became a truly delicious experience. You are in that place now, Dear Ones. Reach deep into your hearts to find new resolutions to the problems which face you. You will find that any difficulty is less painful when it is shared.


You have all been trained to be independent and self-reliant. That is not a bad thing in itself; it just doesn't work for all occasions. In times of limited resources, it has always been The True Way to share, combine forces, join together, and sustain each other in friendship and Love. This has never been more important than it is now.


Soon, the changes across the planet will come, faster and more abruptly than you could have imagined. We have declared that WE ARE FINISHED waiting for Earth's squabbling governments and ruling families to come to terms with the fact that IT IS DONE.


No more will those in power be permitted to instigate wars by engineering false flag attacks and fueling every argument by supporting the aggressor, no matter what the circumstances. It was a simple and effective formula - one that required only plenty of money and a few troublemakers on the ground to spread the ill will. It was a simple matter in many areas of the world, like the Middle East, where tempers have run high for centuries.


It is what you would call a cheap trick - this formula for stoking the fires of war. It takes very little thought, little knowledge of the true cares and concerns of the belligerents involved. Sell enough weapons to each side to impoverish the government and the people, tell both they are justified and have your support, and leave the rest to the despots and their thugs on both sides to do your bidding. Once both countries or regions are exhausted or one has prevailed, you can go in, buy up their resources for next to nothing by paying off those you have armed, and you can control the entire territory economically and politically without ever leaving your bank's plush office in New York or Paris or London.


This cheap trick international power-mongering will not be permitted to continue. All the players in this global game of cat and mouse are well known to us, and will be rounded up and taken in for trial, or in the most egregious cases, will be taken to an alternative planet which has been prepared for them. There they will be given the opportunity to live in communities made up of members like themselves, where brute force carries the day, and where they can experience life without the mitigating influence of the Lightworkers they previously disdained.


In the arena of this primitive and pervasive approach to destroying peace, genuine diplomacy appeared difficult, impossibly complex and fraught with problems. It was true that peace hardly had a chance as long as the Dark Ones were getting rich from their wars. Where good will might have blossomed, it was cut short by bribes, blackmail, threats and extortion. Good people on the ground gave their hearts and souls to try to restore peace, only to be defeated by those with nearly unlimited power to crush everything of the Light. And still our beloved Lightworkers persevered and prayed for our help.


And so it has been decided, with the support of Prime Creator, that Planet Earth would be freed from the destructive grip of the Dark Ones. She will never again be permitted to suffer nuclear explosions, chemical poisonings, deep well drillings and mountain-top decimation. Nuclear weapons have all been permanently neutralized. Toxic spills are being cleaned up with the help of your Galactic Brothers and Sisters, and those industries that have so tortured your dear Mother Earth will find themselves unable to continue to operate. This includes all who produce genetically engineered foods and chemical fertilizers.


The Animal Kingdom will no longer be permitted to suffer in zoos, factory farms or breeding mills. All will be released and taken to be cared for in safe and comfortable environments where they can adapt to the changing energies. They will all eventually take their places as the free-roaming friends and peaceful inhabitants of the planet.


The lion will indeed lie down with the lamb in the new Golden Age of Planet Earth. This will be possible, even probable, because all animals and all humans will have evolved to thrive on a light diet of vegetables, fruits and grains.


And when, you ask, will this fairyland Kingdom come to be? A thousand years in the future? NO! It has already begun. Look around you. The skies are bluer, the oceans cleaner every day. No toxic waves of nuclear waste have washed up on the shores of the western U.S. as a result of the Fukushima disaster. It has been taken care of.


It was planned, until recently, that the phases of change would unfold gradually, beginning with the revaluation of currency, the release of Prosperity Funds across the planet, then later Disclosure of the Galactic presence, along with education about the truth of your planet's history, and finally the landing of the ships and the eventual appearance of mentors, teachers and friends. Finally, the new technologies from more advanced civilizations in the Galactic Federation of Light would completely change the way life is lived on Mother Earth.


It has now been decided that the conduct of the affairs of planet Earth can no longer be left to the mercies of those currently in power. Free will is a privilege and responsibility that has been relentlessly abused. Decisions are still being made on the basis of the most profitable outcome rather than the Greater Good. WE WILL NO LONGER PERMIT THIS. NO ONE WILL BE PERMITTED TO ABUSE OTHERS FOR PROFIT OR FOR POWER.


This is our Declaration of Independence for the people of Planet Earth.


We are your Mother/Father God.


Permission is given to share or copy this message in its entirety, without additions or deletions, provided credit is given to the author and website.

{ Below portion was at top of original message, moved here so as not to detract or perhaps cause prejudgement before reading; still respecting permission for sharing "message in its entirety"

When God Pinched My Toe 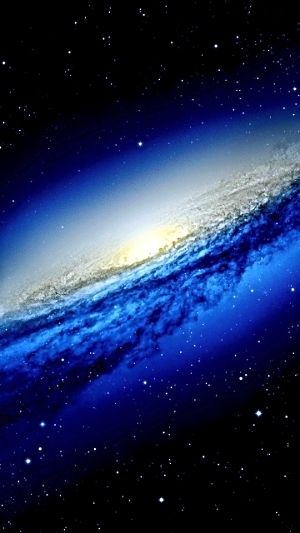