Let the Disinformation Begin: Update from Stephen Bassett on Disclosure of the ETs

Let the Disinformation Begin: Update from Stephen Bassett on Disclosure of the ETs Sun Jan 19, 2014 2:27 pm

Let the Disinformation Begin: Update from Stephen Bassett on Disclosure of the ETs

(Learn more about Billy Meier’s experiences with the Pleiadians here.)
This article came in an email update from Bassett’s Paradigm Research Group (PRG). It’s a constant struggle to separate the wheat from the chaff and bring credible information to The People while preventing the toxic lies and disinformation from polluting the pond.

Thankfully, Hon. Paul Hellyer just keeps doing what he’s driven to do: bring us the truth. WE know who’s telling the truth, but the sleeping masses will be taken in by these relentless campaigns intended to continue the coverup, or “truth embargo” as Bassett prefers to call it.
If people only knew that the rogue governments have been flying their own spacecraft for decades—built with trillions of tax-payer dollars and made possible by collaboration with various ET nations—they’d be pretty upset, wouldn’t they? If they knew that countless extraterrestrials are daily walking among us? That millions of people have been silenced in various ways over the years to keep their dirty little secret? Oh, yah. They’d be pissed alright.

Bassett’s 2012 Citizen Hearing on Disclosure in Washington last year was a fantastic success, but of course, shut out by lamestream media. How can you ignore a ten day congressional hearing with top clearance military witnesses testifying about intelligent civilizations engaging Earthlings? Easy. They control EVERYTHING. The “truth” IS what THEY say it is.
We REALLY need a global, mass flyover to put this trash behind us once and for all.  If the cabal didn’t know it was coming, they couldn’t execute “Project Blue Beam”. Besides, we’ve been assured by the Light Forces that the cabal will NOT be permitted to carry out that glorious plan.
The Galactics could put red vapour hearts in the sky to let people know they are friendly and continue on to their next push-pin on the map—popping out and then popping in again somewhere else.
If they appeared magically and almost simultaneously in random locations worldwide, their itinerary wouldn’t be predictable and they would be safe. Surely the millions of ETs and ships in Earth’s atmosphere could manage to do this all at once across the globe.

If a few people have heart attacks—well, at least we cut out years of this insane tug of war with the dark cabal and got it out in the open.
The ships could vanish before any harm came to them and life would change for us overnight. They wouldn’t be able to keep THAT from the six o’clock news and this infuriating snow job could end! Sigh… I can dream, can’t I?  That’s what Pisces do. Some how… some way… some day…the truth will set us free.  ~ BP
P.S.
PRG Award
The LA Conscious Life Expo has announced that Coast to Coast AM and Beyond Belief host George Noory will present a lifetime achievement award to PRG Executive Director Stephen Bassett for his Disclosure advocacy work. The presentation will be part of a special event on Saturday, February 8 from 6 to 7:30 pm at the LAX Hilton. 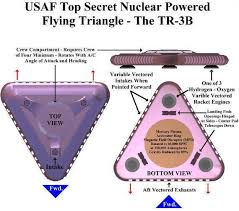 Let the Disinformation Begin
COMMENTARY
Sorcha Faal (www.whatdoesitmean.com) is a highly sophisticated disinformation site. Its ownership and funding source is unknown, and the site constantly publishes elaborate articles mixing fact and fiction with recent events to create elaborate conspiracy threads. Often these articles will appear only hours after an event has taken place. This may well be a serious cointelpro propaganda operation.
Three years ago I received an email from a colleague with information excerpted here:
Before I go into this subject in any great depth, I would first like to deal with Sorcha Faal, otherwise known as David Booth of the CIA. David Booth works within the Central Intelligence Agency in COINTELPRO. Other western intelligence agencies known for using COINTELPRO methods include MI5, MI6, GCHQ, and the thinktank, DEMOS. To be quite blunt, all intelligence agencies have their own COINTELPRO departments.

Sorcha Faal does not exist. There is no “spokesperson” within the GRU named Sorcha Faal. Intelligence agencies rarely make public statements, and when they do, it is always through either someone in the highest echelons of the organisation or a government minister with the correct clearances, and never a mere “spokesperson”.

Do leaks ever happen through lesser agents? Yes, but those agents if caught are dealt with very strictly, usually with “Holy Orders” to keep their traps shut. By rights, if “Sorcha Faal” was really working within the GRU, she/he would have been silenced by now. Permanently.

It appears that David Booth is a major thorn in the side of the Alternative Intelligence Community, as well as the Patriot and Truth Movements. This is a gross understatement. Over the past week or two I have had to take aside many people and let them in on the whole Sorcha Faal thing.

Known sites that Sorcha Faal / David Booth writes for:
http://EUTimes.net/
http://FreedomFighterRadio.net/
http://FourWinds10.com/
I have not been able to fully corroborate this assessment, but the website’s disinformation basis is self-evident. I encourage any researchers reading this to consider digging into the the Faal website, its ownership and financing.  It is time to bring the hammer down on this corner of the truth embargo.
Why am I bringing this up at this time?
On January 11 Sorcha Faal published the following article: Snowden Documents Proving US-Alien-Hitler” Link Stuns Russia
This article ties ETs, Edward Snowden, NAZI Germany with Paul Hellyer in a typical manner designed to diminish the credibility of the target, which I believe to be Hellyer.  The article is about 10% fact and 90% crap.
As sometimes happens, perhaps when it suits a government’s agenda, this article was picked up by a more mainstream venue. The Fars News Agency news service in Iran just happened to republish an article based on the Faal material.  From there the story went mainstream and the disinformation from Sorcha Faal was republished by:  Forbes, The Washington Post, The Examiner, The Blaze, The Jerusalem Post, UPI, Huffington Post with more likely to follow.  The most egregious instance of this outrageous journalism was a piece by Max Fisher in the Washington Post - Iranian news agency says the U.S. is secretly run by Nazi space aliens. Really.
Let’s be clear.  The Post’s coverage of ET/Disclosure issues has been mostly dismal for decades and will ultimately be a huge black mark on its legacy.  But the above article is beyond the pale. Apparently Fisher does not know how to use Google.  He has presented information to Post readers that is from a known disinformation site.  He has served up sewerage and should be fired or reprimanded.
Given the timing just one month before PRG is set to launch its Congressional Hearing Initiative, this may be the first indication elements within the government are going to try to undermine the Initiative by injecting disinfo designed to elevate the ridicule factor.
So let the disinformation begin. PRG is going back to Capitol Hill to get congressional hearings for the scores of military/agency/political witnesses of rank and station ready to testify under oath. Any member of Congress stupid enough to drink the government’s Kool-Aid will be ignored, and those who can think for themselves will be engaged.
Stephen Bassett
PRG Executive Director
Feel free to republish this commentary.