The Bambara Glyphs: a Biased (But Arguably More Accurate) Interpretation 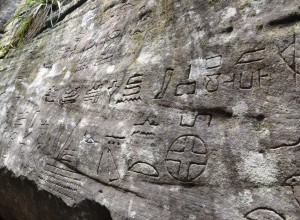 23rd January 2014
By Steven Strong
Contributing Writer for Wake Up World
Since first making contact with Laird Scranton, researcher of ancient cosmology and language and former Colgate University lecturer, it has become obvious that my team’s previous interpretations of the Bambara ‘glyphs is now up for further discussion. Given the extensive consultation we have undergone over the past few years, we still hold fast to our overall take on the narrative these ancient symbols represent: an off-world intervention in the creation of humanity. However there are indications and interpretations within Laird’s linguistic research that are actually far more radical and far-reaching than even we dared to suggest — interpretations we believe are deserving of further consideration.
In considering these factors, I am immediately reminded of what Ramindjeri Elder Karno Walker told us about the intricacies and alignments found within and upon the 185 standing stones at the rock arrangement chronicling the First Sacred Language: each symbol or shaping can have up to four meanings. And the same rules apply when examining the relationships between ancient Dogon and Egyptian hieroglyphs.

Before I go on, I will be quite open in cautioning the reader that in many cases our team has opted for one interpretation from several possibilities, and chosen the translation that most closely complements the depth of scientific wisdom, genetics and celestial origins we are certain are presented throughout the entire passage. Admittedly this may appear to be self-serving, and it is. But given that the advice we have already received from our Original advisers suggests an off-world intervention in the creation of the Original people, we felt that looking for this theme throughout our potential revisions would be a helpful guide to our choices — and this approach only accentuated what we originally read.
In our defense, I am certain our revised deciphering of the ‘glyphs would have made little or no sense if we were indeed barking up the wrong tree. And what actually caught us by surprise was that the ‘glyphs which seemed the most mundane and bland, those we previously gave the scantest attention to, may turn out to be the most important symbols, conveying deep and profound messages within the walls’ narrative.
Before defending our team’s apparent abandonment of our oft-expressed obsession with scientific rigor and academic impartiality, I will first present a series of interpretations that lend weight to our case. In each comparison, one of the referenced diagrams/interpretations is sourced from the pages of Laird’s book, Sacred Symbols of the Dogon, with the closest ancient Egyptian symbol, if it exists, taken from Ray Johnson’s proto-Egyptian dictionary Basic Hieroglyphica. [You'll find more information about Ray Johnson's translation here.]
The Dogon Mythology
For those unfamiliar with ancient Dogon mythology, and those wondering why an ethnic group from Mali in West Africa would have any connection to the Bambara hieroglyphs…. Many experts, including Scranton, see a huge crossover in ancient Dogon and Egyptian cultures. The mythology, “cultural and civic traditions”, astronomical knowledge and interests, “priestly tradition”, and most importantly (for our purposes) “resemblances between Dogon and Egyptian words” bear testimony to an extremely close connection between the two ancient cultures. 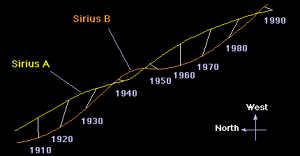 Steven Strong is an Australian-based researcher, author and former high school teacher with a background in archaeology. He was involved in the formation of a Graduate Diploma of Aboriginal Education for the NSW Department of Education, writing units on Traditional Law and Contemporary History. He also co-authored the highly successful “Aboriginal Australia: A Language and Cultural kit”.
Together with his son Evan, Steve has co-written 4 books: Constructing a New World Map, Mary Magdalene’s Dreaming and Forgotten Origin (published by University Press of America) and their latest publication Shunned, which challenges the Out-of-Africa theory of human history and examines the archaeological and DNA evidence that Australia is where modern human beings derived.
Steve has written over a dozen articles on Original history and lore for the National Indigenous Times, with four articles appearing in New Dawn magazine. With close to 30 years of contact with original Gumilaroi people and tribes of the Bundjalung Language Confederation, and the benefit of extensive consultation with many Original Elders, Steve and Evan’s work is to reveal the story of the Original people, a narrative that was almost lost to aggressive European colonisation.
For more information visit ForgottenOrigin.com.