OUT OF MIND » PLANET AWARENESS » ATMOSPHERIC CHANGES » Dane Wigington: “What will it take to wake people up to weather warfare being waged on them?”

Dane Wigington: “What will it take to wake people up to weather warfare being waged on them?”

Admin
Posts : 100518
Join date : 2012-01-04
Location : Woodstock Nation
Dane Wigington: “What will it take to wake people up to weather warfare being waged on them?”
Posted on January 28, 2014 by Ann Kreilkamp
Actually, there is no “them.” There’s just us, the 100%. Don’t the rich 1% fools know that? Do they think they can live in a climate-controlled zone that is not affected? Are there any closed systems in nature? Come on! Wake up! Oops, I forgot. They’re either going underground or off-planet. Okay, then when! When will they just give up, go away, and leave us alone to help heal both ourselves and our mother, Earth.
Okay, okay. End of rant.
I write this on a morning that started out way below zero, and might reach 10° at noon. To me, it’s clear that Dane Wigington is correct. There is no natural weather anymore. Look up. Just look up. Keep looking up. Notice the long, wide, long-lasting chem trails. Notice the weird “dripping” clouds. Notice the misty ones. Notice the lack of really bright, blue days. Those are mostly gone. And then check out what’s happening in California, food basket for the U.S.A. And why.
Engineered Drought Catastrophe, Target California
January 24, 2014     17 Comments
by Dane Wigington
geoengineeringwatch.org 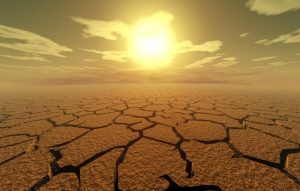 Most of the “the golden state” is now parched, baked and dried far beyond any historical precedent. Reservoirs are nearly empty, streams are drying up, and forests are dying by the day. Catastrophic fires will also continue to decimate California due to the engineered drought.
Much of the state went through all of 2013 with no significant rain. Why? What will it take to wake people up to the “weather warfare” being waged on them? Geoengineering reduces overall global rainfall totals (though it can also trigger regions of torrential flooding). Intentionally caused drought is weather warfare, period. There is a great deal of disinformation out there already and its getting worse by the day. Even some of the biggest “alternative news sites” are helping to “toe the line” for the global elite by putting out articles on drought and “global cooling” which make no mention of the climate engineering at all. Yet, on the other hand, these same “news sites” claim to be aware of climate engineering and they say they are against it. Which is it? How can they be aware of the geoengineering programs and yet put out climate article after climate article without so much as mentioning the elephant in the room that is climate engineering? The articles from these “alternative media sites are even claiming all the chaotic weather is just “normal cycles”. This is exactly what corporate media does, so who’s side are these alternative media sites on? How is it possible that any weather in a completely engineered climate system is “normal”?
Is This The End Of The Road? 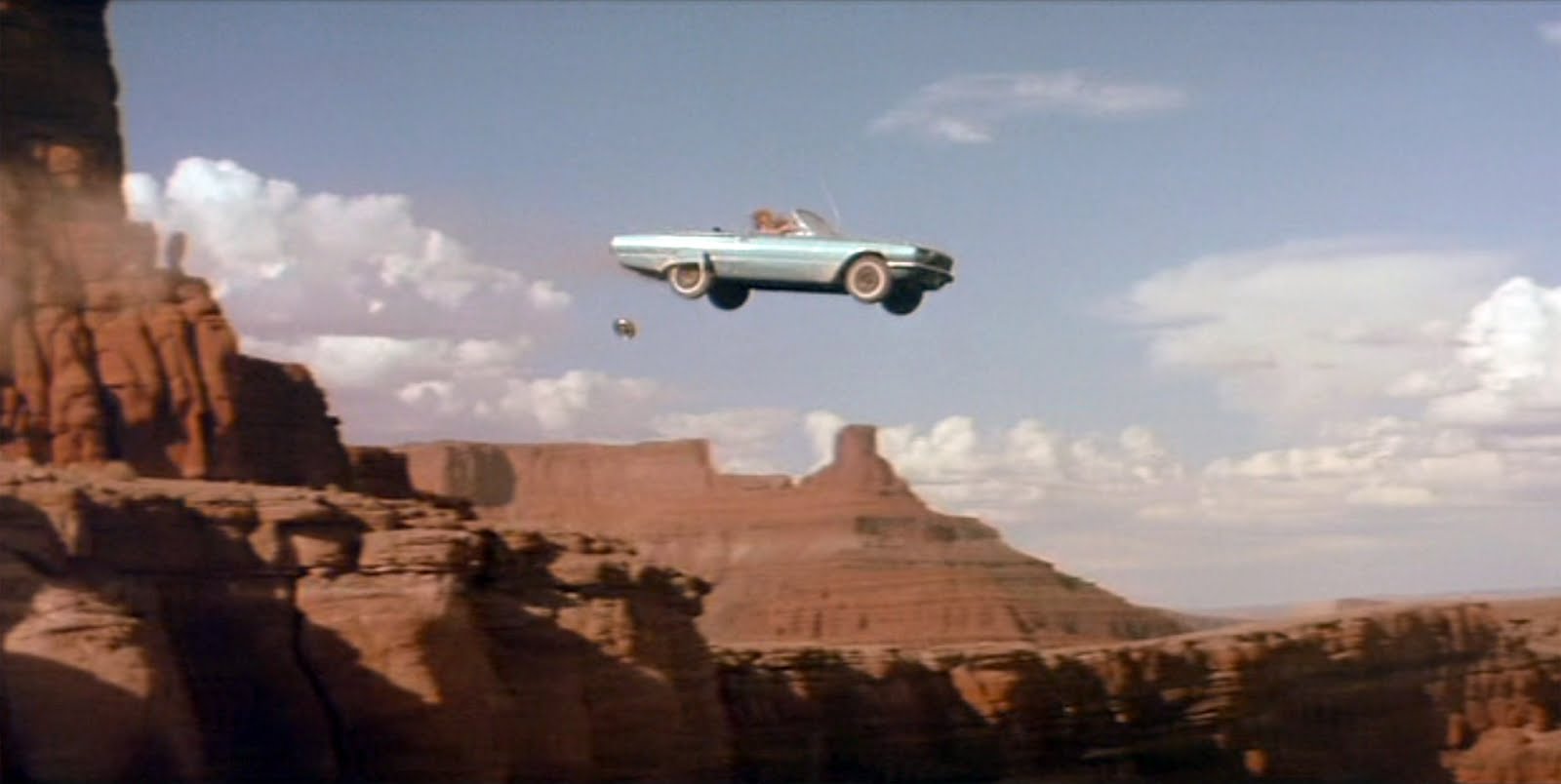 Many are finally beginning to wake up to the fact that the something is very wrong with the weather. Many are finally realizing something profound is happening in our skies. Some are now finally making the decision to get involved with the fight to raise awareness of the lethal climate engineering programs, but are we already too late?
Have the geoengineers already pushed Earth’s natural systems past the point of no return? Based on all available data, the answer is very likely yes. The damage already done to our planet from anthropogenic activity, which includes geoengineering, has guaranteed us a planet that is much less hospitable than the one we have known. However difficult the future looks, we could yet perhaps preserve the planet’s ability to support life if we can stop climate engineering. This battle must be won or all will be lost.
No Natural Weather 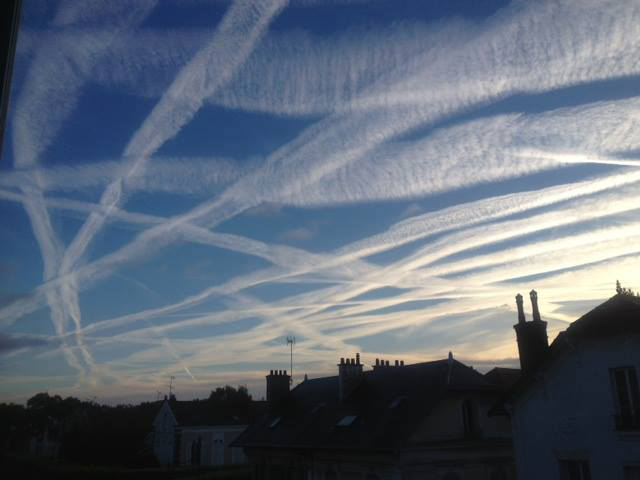 It is imperative that we all work together toward the goal of making the population as a whole understand that virtually all their “weather” is being completely manipulated. That there is NO NATURAL WEATHER at this point. That we are all the victims of “weather warfare” and many of us will soon be climate refugees if we are not able to bring the climate engineering to light and to a halt. On top of all this we are all literally being poisoned by the toxic metal fallout from these programs, but that’s another story.
Geoengineered Drought, Target California 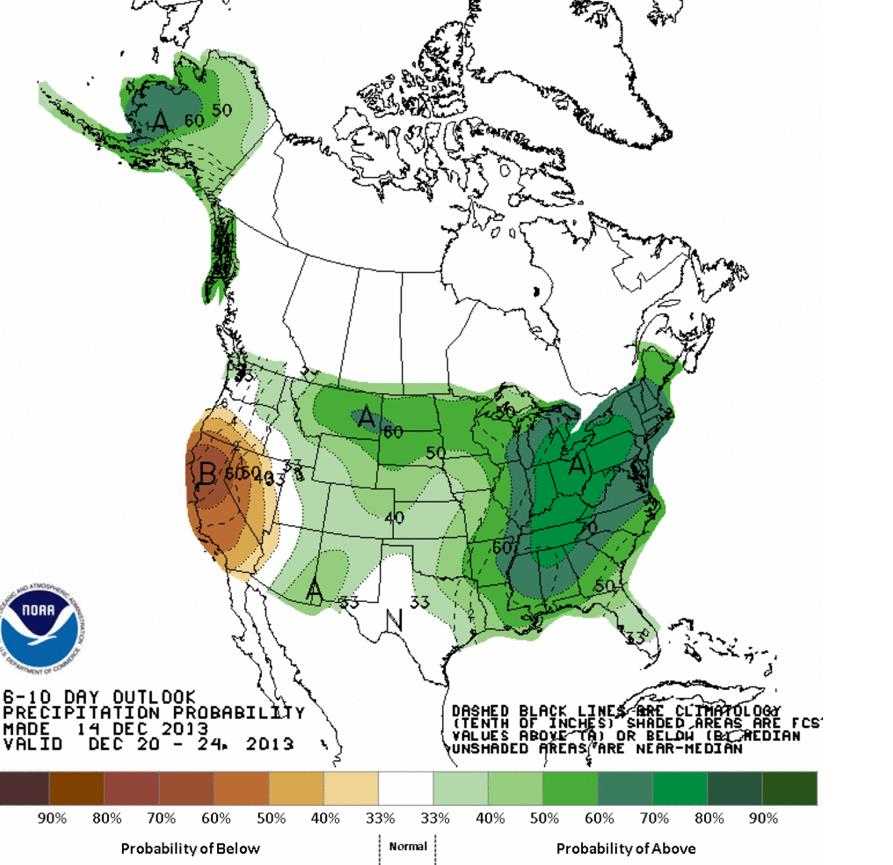 The recent NOAA map above illustrates an unprecedented pattern of precipitation or lack thereof. Almost the entire country is shown at above normal precipitation while California looks like it has a virtual “bullseye” of below normal rainfall predicted (scheduled). One can draw their own conclusions from this map, does this pattern really look natural? 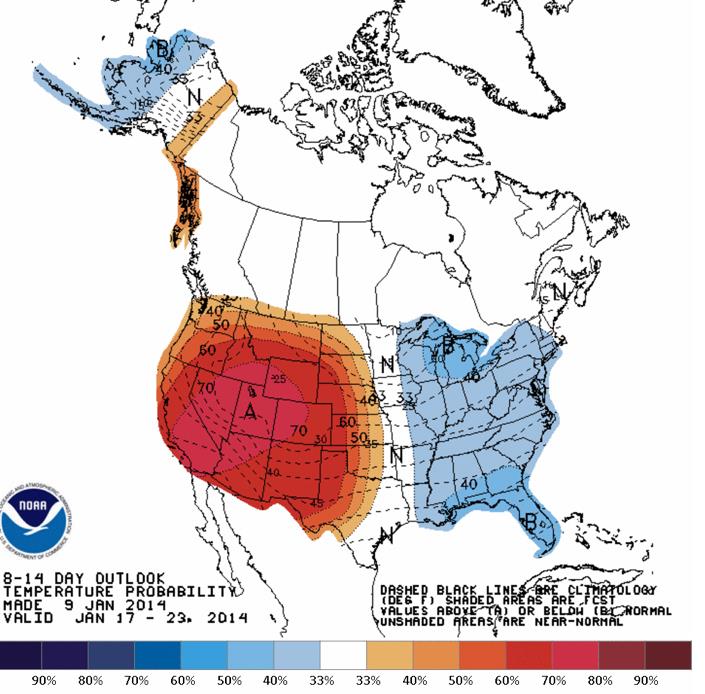 The NOAA map above is about as unnatural as it gets. Welcome to global geoengineering. 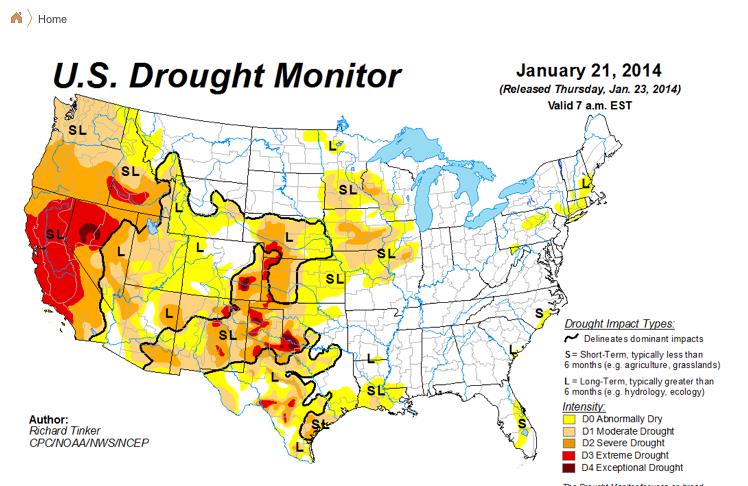 The true severity of the drought in the west is not accurately reflected in the “drought monitor” map above. The actual conditions on the ground are much much worse as California has been descending into ever worsening drought for 7 years now. This season to date there has been no significant rain at all. 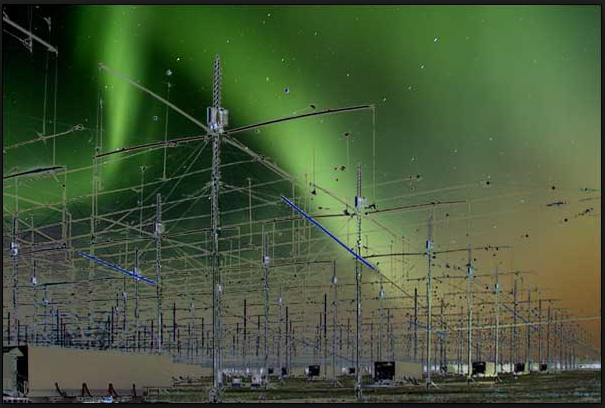 HAARP ionosphere heating facility in Alaska. There are numerous ionosphere heating installations around the globe that are used to manipulate the jet stream into historically unprecedented patterns. The manipulated jet stream is one of several primary factors relating to the climate chaos not being inflicted on planet Earth.
With the combination of constant aerosol spraying and ionosphere heater utilization (HAARP) the climate engineers have effectively cut off the flow of moisture to the state of California. Why? There are likely a number of probable reasons. First, California is possibly a climate “sacrifice zone”. This means that California is collateral damage for the constant parade of engineered snow storms being whipped up further east in the US. The rain blocking high pressure ridge that the climate engineers have locked in place over the western US and the eastern Pacific pushes the jet stream straight north, carrying the moisture with it before rain can come anywhere near California. This moisture then travels as far as Alaska and the Arctic.  The jet is then turned back south as it wraps clockwise around the HAARP/ionosphere heater created dome of high pressure. Then, it is pumped all the way down to the southern US carrying heavily sprayed and chemically ice nucleated moisture with it which enhances the artificial cool down of the eastern US. 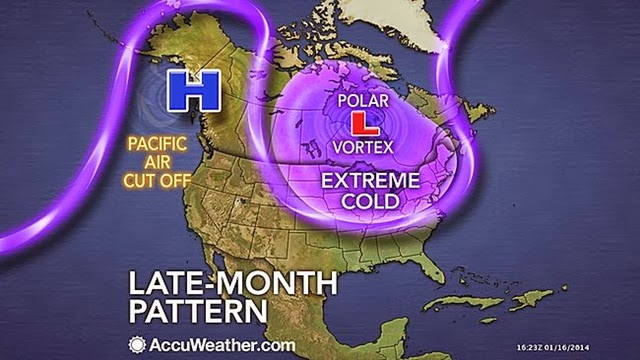 Another part of the puzzle is likely this, a population that has no water and can not grow any food does not tend to be in a position to effectively protest the crimes of it’s government. California has historically grown so much food for the nation that the catastrophic drought has very far reaching ramifications. Control the food supply and you control the population. There is also the growing effort by the government to take control of water rights in California and other regions in the west. The climate engineers literally have California by the throat and it does not appear they are going to let go anytime soon. The weather makers can drought California into a desert from top to bottom, we are well on our way to this already. Forests that were green and lush only ten years ago are now wilting, withering, and in many places have already died. In addition to the almost total lack of rain in California caused by the climate manipulation, the jet sprayed aerosols utilized in the geoengineering programs are desiccants. These are materials that adhere to all available moisture in the atmosphere creating very low humidity on the ground under many conditions which further dries out the already parched state. Now lets add the constant record high temperatures that often go along with consistent high pressure. All things considered, its a recipe for creating a dust bowl out of a once beautiful state. Its a method for bringing the population of this state to their knees.
Where Are The Geoengineers Concentrating Their Efforts,
And How Cool Are They Making The Planet Overall?

The NASA temperature analysis map above should make clear where the climate engineers are most focused in their efforts to create a “cool down”. This map illustrates recent temperature trends as compared to the 30 year average. The NASA map clearly shows the only “cooler” places on the planet compared to the long term average. These areas of below normal temperatures are a direct result of massive geoengineering efforts such as those described above. If the temperature variations on this map seem unnatural, they are. Though the US media is trying frantically to convince its population (with considerable success) that the world is in a deep freeze, this is patently false from a global perspective. The radical swings in temperatures and conditions will persist and worsen as the climate engineers literally tear Earth’s natural life support systems apart. The climate engineers can and are radically cooling huge areas, but at the cost of a greatly worsened overall warming and a completely decimated climate system.
What Can We Do?
Everyone can and must help with this all important battle. All must get up off the bench and assist in the critical effort to raise awareness. Get organized with others in your community. Get educated (this means examining real data, not headlines), get credible information to hand out, hold viewings of documentary films like “Look Up” from film maker George Barnes, do whatever it takes to sound the alarm. If we can simply bring the climate engineering crimes to the light of day, and reach critical mass of awareness, the dominos that keep these programs in operation will start to fall.
DW
http://www.geoengineeringwatch.org/geoengineering-robbing-rain-and-fueling-fires/
http://www.rtcc.org/2013/04/02/geoengineering-could-cause-drought-in-sahel/
http://www.independent.co.uk/news/science/plan-to-avert-global-warming-by-cooling-planet-artificially-could-cause-climate-chaos-9043962.html
http://larryhannigan.com/is_haarp_being_used_to_create_floods_to_destroy_the_worlds_food_supply.htm
http://www.geoengineeringwatch.org/geoengineered-snow-storms-wreaking-havoc-around-the-globe/

OUT OF MIND » PLANET AWARENESS » ATMOSPHERIC CHANGES » Dane Wigington: “What will it take to wake people up to weather warfare being waged on them?”