at 02:00 Posted by Vatic Master
*** Fundraising status - We made our goal tonight through a reader from New Zealand, and we wish to thank him publically and deeply for ensuring our continued battle to save our globe and it's people.  We want to thank ALL that contributed and made it possible for us to keep going.  Bless you all for your support in many ways.... this being one of them.  Enjoy the read.  This was a surprise to me.

Vatic Note:  Right after we posted the article on the Pineal Gland and the damage Flouride has done to it, we found this.   I have always wondered why the powers that be were so against smoking, when their agenda has always been depopulation and cancer so the medical field could make so much money on the cure treatments before the patient died.

The smoking protects the brain against all the flouride in our water, food, and now they are actually chemtrail dumping it in conjunction with other chemicals to affect our DNA and our brain.  It will be the smokers that will have the best chance of avoiding those affects on our body.  How ironic is that?

Nicotine has an adverse effect on Fluoride which is a neuro-toxin
http://12160.info/forum/topics/nicotine-has-an-adverse-effect-on-fluoride-which-is-a-neuro-toxin
by Admin,  12160.com, January 24, 2014 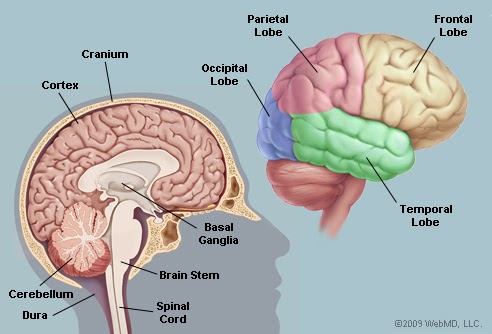 I've been doing research on Fluoride for the past few weeks.   What I uncovered is truly frightening.

We've been told that fluoride is good for our teeth, but every single research report shows that this is not true at all.

That fluoride has not, in one case, been helpful in tooth health.  What Fluoride does do is quite interesting.  Fluoride is a neuro-toxin, it attacks the nervous system.  It is a by-product of fertilizer and Aluminum production, therefore it bonds to aluminum quite well.

The brain cannot tell the difference between fluoride and a hydrogen ion, allowing the fluoride to deposit itself within brain tissue.  It inhibits cholergic activity, which basically is the function your body uses to turn off receptors in the brain and body.

The inability to turn these receptors off creates feelings of inner tension, restlessness, and the inability to stay still. Usually involving: constant pacing, purposeless movement of the feet and legs, and marked anxiety. Sound familiar? These are the symptoms so readily described as ADD or ADHD.

Fluoride will enter the brain easily carrying with it the attached Aluminum.
Large amounts of Aluminum have recently been associated with Alzheimer's and Parkinson's disease.
The International Society for Fluoride Research (ISFR) has reported studies implicating Fluoride as a cause of chronic fatigue syndrome, sleep disorder, autism, down syndrome.
There's more.
Fluoxetine hydrochloride (Prozac, Fontex, Ladose, Sarafem.) Fluoxetine is an anti-depressant, anyone who knows what these evil drugs are capable of will know the danger this presents.

Another use for Fluoride? Methylphosphonofluoridate, or Sarin nerve gas or more commonly know as mustard gas.  Ever wonder how the Nazi's were able to get millions of Jews to walk themselves into their own death willingly?

Fluoride has a profound effect of causing people to become more docile and open to suggestion.  It makes you think twice about why people in this country don't seem to care about whats going on. Its not their fault entirely.

There is so much more on fluoride, I could put a lot more, but now I will show you where nicotine fits into the picture.

Nicotine, most know of it through smoking and tobacco use.  I've always wondered why the US Government is so adamant with anti-smoking and tobacco usage.  The carcinogenic properties are bad yes,I don't condone smoking. I do however condone nicotine gum, or other nicotine treatments. Here is why.

Nicotine has an adverse effect on Fluoride.

Remember how fluoride inhibits choleric activity?  Nicotine excites them, rebounding and undoing fluorides effect.   Nicotine is being used as a treatment for ADD and ADHD, Alzheimers, Parkinson's disease.   I will not list the rest, for every single ailment Fluoride is known to cause, Nicotine has the reverse effect.

Parkinson's disease is your brain's ability to receive and use dopamine from the the blockage or death of braincells in the motor regions. The cause is UNKNOWN.
On a side note, I'll mention again how Fluoride enters the brain tissue easily and deposits Aluminum at will, which has a conspicuous effect of killing brain cells and clogging up dopamine receptors.
The most common treatment is Levodopa, a drug that increases dopamine levels, so that what receptors and brain cells you have left can receive a better supply of dopamine.
Funny, nicotine has the same effect on a large level.
Large enough so that it becomes addictive. Your brain becomes used to the higher dopamine count, so when the dopamine stops coming, your brain says "hey, i want some more 'o' that."
There is a lot more info.
Here are some links for your own further research.
www.epa.gov, www.fluoridealert.org, www.fluorideresearch.org...

Guest
Fascinating info. thanks for making it available to us here.
We thankfully have no fluoride added in our water here & have used a home water filter and or purification device (using ultraviolet light and pressed carbon block filter technology) for many years now for the chlorine & 140+ other known cancer-causing pollutants (still preserving beneficial mineral content). Never smoked either, but just recently learned about how a hooka with water in it (for filtering) is used with honeyed tobacco with fruit essences to inhale into mouth & blow smoke rings as a social activity for some young people. Found this quite interesting.

Admin
Posts : 106253
Join date : 2012-01-04
Location : Woodstock Nation
I am reminded of a Stephen King short story I read in the early 70's, penned under the name Richard Bachman. This story was set  40 years in the future (which would be now) and all those that smoked were ostracized and vilified. Made to consume their filthy addiction in dark alleys and away from all others and they paid ridiculous prices for the smokes. Then a virus like plaque encompassed the globe wiping out all those who did not smoke. Only those that were spurned lived.
This has always stuck with me. Might be why I still smoke.

Posts : 2620
Join date : 2012-01-17
Age : 74
Location : NH
I still smoke truthfully 'cause I want to. Not that I'm not aware of the hazards... Fact is, it's a habit, yes even an addiction, which bothers me more than the hazards. When it comes down to it, I believe one of the biggest obsticles to my quiting, is my resistance to being controled or regulated... "No Smoking" here, there or anywhere... BS, I'll smoke where I damn well please, if for no other reason than that 'they' say I can't.
Who knows, maybe that's just part of their plan... lol  I certainly try to be considerate and tolerant of others who don't smoke, but I expect and demand the same of them for me. OK that's my rant for this morning.