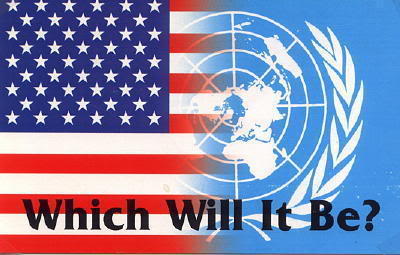 "People want to see real hope restored, not false hope hyped up!" ---Me

yes Interpool can shoot and kill you , and they will not be prosecuted .....


Interpol headquarters in Lyon.
Coordinates: 45.78219°N 4.84838°E Interpol, whose full name is the International Criminal Police Organization – INTERPOL,[1] is an organization facilitating international police cooperation. It was established as the International Criminal Police Commission in 1923 and adopted its telegraphic address as its common name in 1956.
Its membership of 190 countries provides finance of around €59 million through annual contributions. The organization's headquarters is in Lyon, France. It is the second largest intergovernmental organization after the United Nations, in terms of number of member states.
Its current Secretary-General is Ronald Noble, a former United States Under Secretary of the Treasury for Enforcement. Its current President is Singapore's Senior Deputy Secretary of the Ministry of Home Affairs and former Commissioner of Police Khoo Boon Hui; the President before that, Jackie Selebi, National Commissioner of the South African Police Service, held his term from 2004 till his resignation on 13 January 2008, after which he was charged in South Africa on three counts of corruption and one of defeating the course of justice, and replaced by Arturo Herrera Verdugo, current National Commissioner of Investigations Police of Chile and former vice president for the American Zone, who remained acting president until the organization meeting in October 2008.[2]
In order to maintain as politically neutral a role as possible, Interpol's constitution forbids it to undertake any interventions or activities of a political, military, religious, or racial nature.[3] Its work focuses primarily on public safety, terrorism, organized crime, crimes against humanity, environmental crime, genocide, war crimes, piracy, illicit drug production, drug trafficking, weapons smuggling, human trafficking, money laundering, child pornography, white-collar crime, computer crime, intellectual property crime and corruption.
In 2008, the Interpol General Secretariat employed a staff of 588, representing 84 member countries. The Interpol public website[4] received an average of 2.2 million page visits every month. Interpol issued 3,126 red notices for the year 2008 which led to the arrest of 718 people.[5]
Contents [hide]
1 History
2 Constitution
3 Methodology
4 Finances
5 Emblem
6 Member states and sub-bureaus
6.1 Non-member countries
7 Secretaries-general and presidents
8 See also
9 References
10 External links
[edit]History

The first significant move towards creating INTERPOL was in 1914 at the First International Criminal Police Congress. Police officers, lawyers and magistrates from 14 countries gathered in Monaco to discuss arrest procedures, identification techniques, centralized international criminal records and extradition proceedings.[6] However World War I delayed this initiative and it was not until 1923 that Interpol was founded at the Second International Police Congress in Vienna as the International Criminal Police (ICP). Founding members were Poland, Austria, Belgium, China, Egypt, France, Germany, Greece, Hungary, Italy, the Netherlands, Romania, Sweden, Switzerland, and Yugoslavia.[7] The United States joined INTERPOL in 1923.[8]
Following the Anschluss (Austria's annexation by Germany) in 1938, the organization fell under the control of Nazi Germany, and the Commission's headquarters were eventually moved to Berlin in 1942. From 1938 to 1945, the presidents of Interpol included Otto Steinhäusl, Reinhard Heydrich, Arthur Nebe, and Ernst Kaltenbrunner. All were generals in the SS, and Kaltenbrunner was the highest ranking SS officer executed after the Nuremberg Trial.
After the end of World War II in 1945, the organization was revived as the International Criminal Police Organization by European Allies of World War II officials from Belgium, France, Scandinavia and the United Kingdom. Its new headquarters were established in Saint-Cloud, a town on the outskirts of Paris. They remained there until 1989, when they were moved to their present location, Lyon.
Until the 1980s Interpol did not intervene in the prosecution of Nazi war criminals in accordance with Article 3 of its Constitution forbidding intervention in 'political' matters.[9] However, it has issued arrest warrants for former country leaders like Zine El Abidine Ben Ali and Hosni Mubarak despite Article 3, on the grounds that they were accused of corruption (particularly embezzlement).
On 2 July 2010, former Interpol President Jackie Selebi was found guilty of corruption by the South African High Court in Johannesburg for accepting bribes worth €156,000 from a drug trafficker.[10] After being charged in January 2008, Selebi resigned as president of Interpol and was put on extended leave as National Police Commissioner of South Africa.[citation needed]
[edit]Constitution

The role of Interpol is defined by the general provisions of its constitution.
In article 2
To ensure and promote the widest possible mutual assistance between all criminal police authorities within the limits of the laws existing in the different countries and in the spirit of the Universal Declaration of Human Rights.
To establish and develop all institutions likely to contribute effectively to the prevention and suppression of ordinary law crimes.
In article 3
It is strictly forbidden for the Organization to undertake any intervention or activities of a political, military, religious or racial character.[11]
[edit]Methodology

I­nterpol differs from most law-enforcement agencies—agents do not make arrests themselves, and there is no single Interpol jail where criminals are taken. The agency functions as an administrative liaison between the law-enforcement agencies of the member countries, providing communications and database assistance. This is vital when fighting international crime because language, cultural and bureaucratic differences can make it difficult for officers of different nations to work together. For example, if ICE and FBI special agents track a terrorist to Italy, they may not know whom to contact in the Polizia di Stato, if the Carabinieri have jurisdiction over some aspect of the case, or who in the Italian government needs to be notified of the ICE/FBI's involvement. ICE and FBI can contact the Interpol National Central Bureau in Italy, which will act as a liaison between the United States and Italian law-enforcement agencies.
Interpol's databases help law enforcement see the big picture of international crime. While other agencies have their own extensive crime databases, the information rarely extends beyond one nation's borders. Interpol can track criminals and crime trends around the world. They maintain collections of fingerprints and mug shots, lists of wanted persons, DNA samples and travel documents. Their lost and stolen travel document database alone contains more than 12 million records. They also analyze all this data and release information on crime trends to the member countries.
A secure worldwide communications network allows Interpol agents and member countries to contact each other at any time. Known as I-24/7, the network offers constant access to Interpol's databases. While the National Central Bureaus are the primary access sites to the network, some member countries have expanded it to key areas such as airports and border access points. Member countries can also access each other's criminal databases via the I-24/7 system.
In the event of an international disaster, terrorist attack or assassination, Interpol can send an incident response team. This team can offer a range of expertise and database access to assist with victim identification, suspect identification and the dissemination of information to other nations' law enforcement agencies. In addition, at the request of local authorities, they can act as a central command and logistics operation to coordinate other law enforcement agencies involved in a case. Such teams were deployed 12 times in 2005.[citation needed] Interpol began issuing its own passport in 2009 with hopes that member states would remove visa requirements for individuals traveling for Interpol business, thereby improving response times.[12]
[edit]Finances

In 2009 Interpol's income was €59 million, of which 82% comprised statutory contributions by member countries and 14% income from projects, private foundations and commercial enterprises.[13] From 2004 to 2010 Interpol's external auditors have been the Cour des comptes.[14][15]
[edit]Emblem

The current emblem of Interpol was adopted in 1950 and according to their website has the following symbolism:[16]
the globe indicates worldwide activity
the olive branches represent peace
the sword represents police action
the scales signify justice
[edit] http://en.wikipedia.org/wiki/Interpol

Judged by 12 may be an anachronism these days... for some.

Judged by 12 may be an anachronism these days... for some.

Every time you post I have to look up @least one word :) I do believe I would have a more fulfilled life in an earlier time. Thanks for the education Alchemist. Keep it coming Sir. Both you and Openmind speak way above my head, but I do enjoy deciphering your comments.

Guest
Perhaps the process of discovery is what makes learning fun?