Walk in the Forest to Heal Oneself

I have always been a nature lover, who appreciates spending time outdoors and soaking in the positive energy of the green surroundings. So I was simply thrilled when I came across a popular practice in Japan called ‘Shinrin-yoku’ which means ‘taking in the forest atmosphere’ also known as ‘forest bathing‘.

Spending time in nature is healing energy for the mind, body and soul. The idea with Shinrin-yoku, a term coined by the government in 1982 but inspired by ancient Shinto and Buddhist practices, is to let nature enter your body through all five senses, and feel at one with the forest. It is about being mindful of your surroundings and the experience.

It’s not about extreme outdoor sports or being alone in the wilderness, but about allowing your body and psyche to unwind in the peace of the woods, similar to natural aromatherapy. Ancient wisdom and tribes, who live in harmony with nature, have advocated this for long, and only in recent years there have been studies carried out to prove the health benefits of forest bathing. 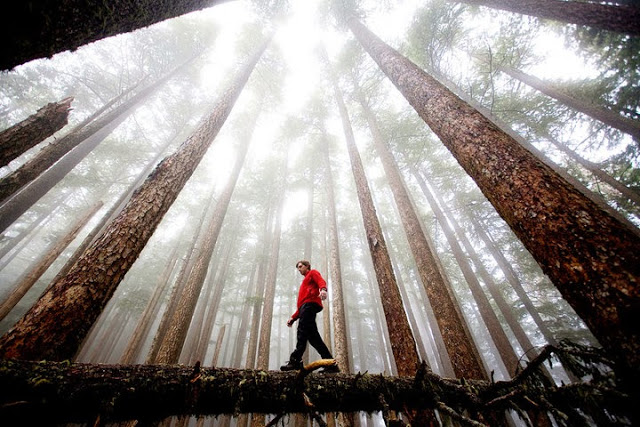 Shinrin-yoku, a popular practice in Japan, which means ‘taking in the forest atmosphere’ or
‘forest bathing’. It has shown to improve mental and physical health
Researchers have shown that forest bathing can significantly lower levels of cortisol, a stress hormone, along with lower blood sugar, blood pressure and heart rate, reduces depression and anger. Other research points out that walking in the woods can boost the body’s immune system by increasing anti-cancer proteins and enhancing the so-called natural killer activity of certain cells.

Humans have evolved from nature, that’s our home, and is one of the reason why we are so comfortable in it, even though many wouldn’t realise that. Lets go through some of the studies conducted to validate these claims, long known to man -

Reduced Stress levels – One study conducted by Yoshifumi Miyazaki from the University of Chiba, on 260 people at 24 sites in 2005 and 2006 found that the average concentration of salivary cortisol, a stress hormone, in people who gazed on forest scenery for 20 minutes was 13.4 percent lower than that of people in urban settings 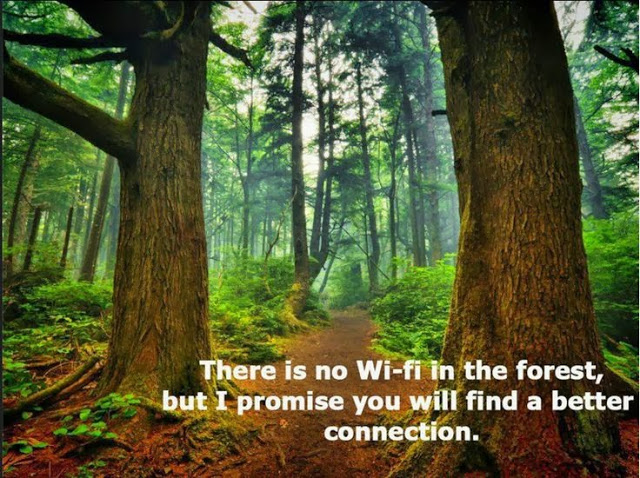 Attention deficit hyperactivity disorder (ADHD) – In a controlled study by University of Illinois, 17 children diagnosed with attention-deficit/hyperactivity disorder (ADHD) were exposed to different environments. They found that children experienced substantially improved concentration after a 20-minute walk in a city park as compared to a 20-minute walk in downtown or residential settings. The researchers concluded the positive results were comparable to the effects of Ritalin.

Creativity – A pilot study by psychologists Paul and Ruth Ann Atchley of the University of Kansas and David Strayer of the University of Utah found that after three days of hiking and camping in the wilderness, participants in an Outward Bound course improved their scores on tests of creativity by 50 percent.

Increases Natural killer cells – Natural killer (NK) cells are a type of white blood cells that plays an important role in defense against bacteria, viruses and tumors. With aging, high stress levels, and pesticides, the NK count can reduce.

The video below shows more about shinrin-yoku science, forest bathing practice in Japan and its effect on the human health

In 2005 and 2006, Qing Li from the Nippon Medical School in Tokyo, brought a group of middle-aged businessmen into the woods to hike for three days. By the end, blood tests showed that their NK cells had increased 40 percent. A month later, their NK count was still 15 percent higher than when they started. But when the same people walked in the city, their NK levels didn’t change.

One of the theories as to why forest therapy works is that trees give off scents of volatile oils, known as phytoncides have proven to increase the activity and efficiency of NK cells.

Lowers Blood Sugar – Forest bathing may also help control blood sugar. A Japanese study followed 87 adults diagnosed with type-2 diabetes for six years. They walked in the forest nine times in this period for 3 or 6 kilometers (1.9 or 3.7 miles), depending on their physical ability. At the end of the study, researchers found that the forest walkers had lower blood sugar, improved insulin sensitivity, and decreased levels of hemoglobin A1c.

Any form of exercise can help improve blood sugar regulation in people with diabetes. When you consider that the frequency of the walks (only nine times in six years) and the fact that blood sugar levels were significantly decreased but not really different between those who walked the long and short distance, researchers concluded that factors, apart from exercise, also led to the positive long-term results, including changes in hormonal secretion and nervous system function associated with blood sugar metabolism. 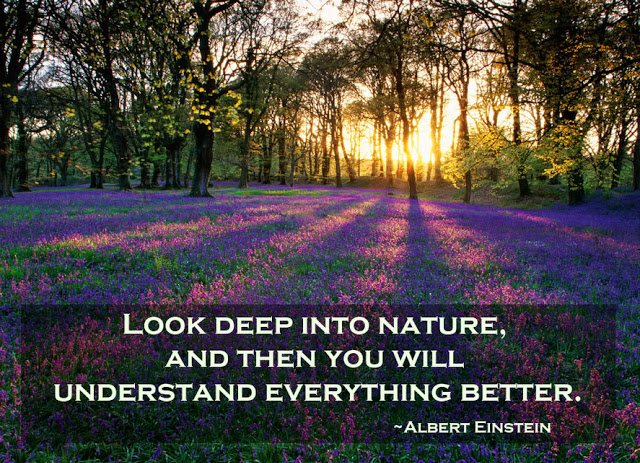 Regularly walking in the forest also leads to -

It is such a simple process, just walk in the forest, listen to the sounds of the birds chirping, meandering streams, absorb the greenery around you and the aromas of the forest. Its only when we disconnect from nature, do we face health issues and illnesses. Biologist E.O. Wilson coined the term ‘biophilia‘, which means ‘love of life or living systems’ describes this innate human need.

If you are leading a busy life or staying in the city, take time off and reconnect with nature, visit a park at least few times a week, or wander in the woods. I remembered a quote I read by Frank Lloyd Wright, “Study nature, love nature, stay close to nature. It will never fail you.”

» Alien Mysteries S01E04 - Rendlesham Forest - UK & Cracking the Alien Code of the 1980 Rendelsham Forest Encounter
» Our Purpose is to Heal…
» How We Can Heal The World…..
» HOW BEAUTY CAN HEAL US
» ★Food That Heal