OUT OF MIND » ARCHIVES OF THOSE THAT USE THE INTERNET TO PUSH FORTH THEIR AGENDAS & MADE UP BULLSHIT » PROJECT CAMELOT » Nail-gun to Head: Illuminati Hits on Bankers by Kerry Cassidy

Nail-gun to Head: Illuminati Hits on Bankers by Kerry Cassidy

Nail-gun to Head: Illuminati Hits on Bankers by Kerry Cassidy 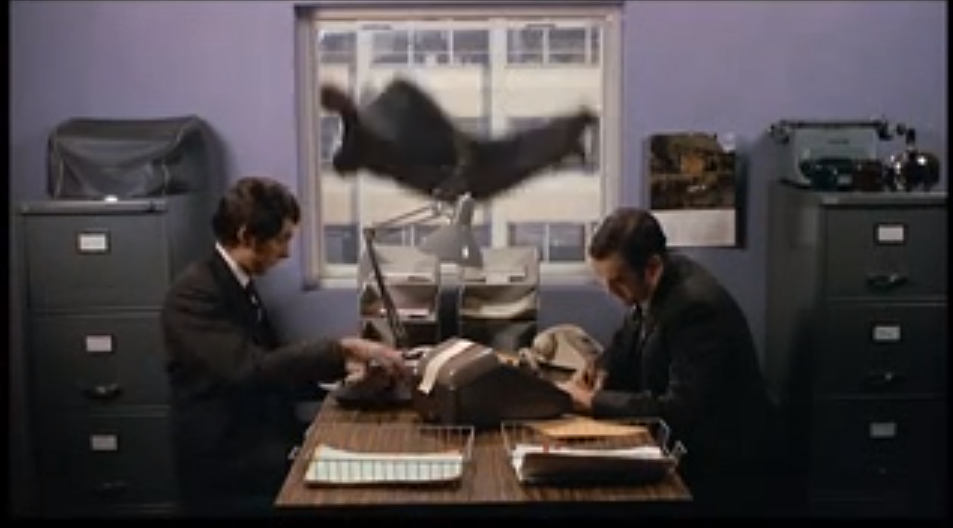 Kerry’s perspective on the recent bankers who were suicided to shut them up.  ~ BP
NAIL GUN TO THE HEAD:  They (the illuminati) are getting more creative and bolder in their latest hits on bankers and the financial game ratchets up.  In the end, it doesn’t matter how they kill you —you are still dead.  Can’t get any deader.  So why the drama?  Apparently they don’t just want to send a message to other Banker /Whistleblowers, they want to telegraph their bluster around the world in a big way emphasizing their complete disdain for the worker-drones and “citizens” to quote a great book “The Traveler” by John Twelve Hawks.
Definition:  DRONES = …”DRONES ARE PEOPLE WHO ARE SO OVERWHELMED BY THE CHALLENGE OF SURVIVING THAT THEY’RE UNAWARE OF ANYTHING OUTSIDE OF THEIR DAY-TO-DAY LIVES.”
CITIZENS = “CITIZENS ARE PEOPLE WHO THINK THEY UNDERSTAND WHAT’S GOING ON IN THE WORLD.”
Both are living an illusion.
The illuminati obviously believe that their lapdogs (the mainstream Press) are too steeped in fear and obsession with ‘making a living’ that they won’t dare to investigate further.  And the people who read “all” about it will simply go back to putting their heads down and not questioning their reality.  And so the vice tightens all around.
To all prospective whistleblowers : get out while you still can and refer to my prior article:  ADVICE TO BANKERS ABOUT TO BECOME WHISTLEBLOWERS. (see below)
IN SHORT:
…”The banker hits are being done by the bad guys to keep men from singing after they flipped during prosecution investigation.
All have been working with police teams and continental cops like Interpol.
The STL Fed guy discovered some Bush giant multi-$B fraud and was ready to report it.
The STL Fed economist was hit by the Bush gang, before he sang against them.
The London bankers had begun to sing to Interpol on Mafia Vatican connections on massive FOREX fraud thefts.
It is unclear which is bigger: Vatican links to narco money, or links to FOREX fraud theft, or their control room for Nazis.
WE ARE NOT SEEING BAD BANKERS REMOVED WE ARE SEEING BANKERS REMOVED WHO ARE ON THE VERGE OF REVEALING BIG DATA DETAILS.”  – a source
http://www.silverdoctors.com/jim-willie-on-bankster-suicides-bankers-were-taken-out-to-prevent-forex-fraud-whistle-blowing/
RECOMMENDED:  THE TRAVELER – novel by John Twelve Hawks — soon to be a motion picture.  About going on the run, living off the grid and living a life against the MACHINE also known as THE MATRIX.

Source
My Advice to Bankers About to Become Whistleblowers
Today another banker has been “suicided”.  3rd Banker this week.
Something is definitely up…
My advice to Bankers about to become whistleblowers is don’t tell anyone.  Have your escape route planned.  And go public immediately without procastinating.  The sooner you become famous the more difficult it will be for the ILLUMINATI HITMEN to be able to get away with killing you and making it look like suicide.
They don’t want martyrs.  Take advice from Snowden.  Bags packed, find a country sympathetic to your cause with whom you can exchange intel.  But first and foremost don’t use any phones, computers or trust any household appliances.  If you want to reach the CIA, NSA or any other agency of note simply TALK TO THE WALL.
http://www.foxnews.com/world/2014/01/28/jp-morgan-executive-falls-to-death-at-bank-london-headquarters/
http://www.dailymail.co.uk/news/article-2547684/TWO-senior-American-bankers-working-London-commit-suicide-just-two-days-one-jumped-500ft-death-JP-Morgan-skyscraper.html
http://www.bloomberg.com/news/2014-01-30/russell-investments-chief-economist-dueker-found-dead.html
***
A bit of light humor to keep in mind while you are contemplating your options:
MONTY PYTHON ON “FALLING”…
https://www.youtube.com/watch?v=iVk22RGXIUM
Source

OUT OF MIND » ARCHIVES OF THOSE THAT USE THE INTERNET TO PUSH FORTH THEIR AGENDAS & MADE UP BULLSHIT » PROJECT CAMELOT » Nail-gun to Head: Illuminati Hits on Bankers by Kerry Cassidy