OUT OF MIND » BREAKING NEWS & HOT TOPICS » THE RESISTANCE, PETITIONS, PROTESTS & RIOTS » The World stands and says: "NO MORE!"

The World stands and says: "NO MORE!"

Many people are feeling a pause, like the quiet before the storm.  The huge intake of breath that is held in anticipation, with a quickening of the pulse that is the prelude to the adrenaline rush.  It feels as if the world is sitting on the blade of a knife, waiting for the slightest flicker of air to ever so gently brush against it and waft it over the edge of Change.  Many many people stand watching intently to see which way the breeze will blow.... 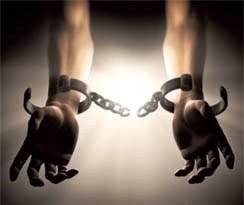 And there are many people who feel the pause like a deadening emptiness that threatens to swallow them whole.  They fear, they doubt, they moan.  To believe in the coming winds of Change is to open themselves to the frigid hazard of being let down again, to have freedom yanked away in icy disdain.... to even hope is too much effort at the end of a very long day.

Society drills us with the admonishment that we are not worthy nor capable of freedom.  Religion and politics teaches us from birth that the only way forward is to be good boys and girls and to listen to our leaders so as to not be punished.  The media surrounds us with propaganda that perpetuates the stereotype of "Normal", and indoctrinates our peers to judge and bully all those in their groups to toe the line, be good, follow the leader, do not question.

But many many many people ARE questioning.  They have awoken to the reality of this Matrix like system that controls the populous with fashion, friends, fear, frenzy, factional faith and fornication.  They are SEEING the real world and the real world problems and the real world answers and they are standing up and saying "NO MORE!!"   At this moment there are literally millions upon millions of people all over this blue planet who are standing up and demanding Truth and Freedom.

One of the things I am told over and over again, is that people are not waking up or not waking up fast enough.  Many rage that "Nothing is Happening", even though it is happening right in front of their eyes.  Many stomp because "IT" isn't happening the way they want it to happen  nor is "IT" following the carefully well thought out schedule that they had arranged.   "Nothing is Happening" has become a litany for those that have no wish to accept that it IS happening.

No, the Main Stream Media- especially in North America and in Western Europe - are not reporting what is going on all over the world.  Oh, they will tell you about those events that they cannot NOT talk about- like what is happening in the Ukraine and in Thailand and Venezuela. Just as they did not report on Occupy until is was blatantly obvious that they were not reporting on it.  But for the most part, the media is keeping the truth of what is going on very quiet.  The reports are there.... you just have to look for them.   It is the same in the world of politics and finance, the truth is getting out to the people and is being laid transparently on the ground for them to see.... BUT YOU HAVE TO LOOK FOR IT!!!   This is why I began Transpicuous News Updates, so that I could publish daily listings of important pieces of news for people to see.

No, the world is NOT sleeping any more.  The alarm clock has gone off, and it's time to get up!

As I said earlier today,  "If you want CHANGE then you must be the CHANGE you wish to SEE.  Does that mean you have to go out and protest?  That you have to burn cars and throw rotten eggs and scream and yell?   NO it doesn't.   But it DOES mean that you need to take some responsibility for those changes that you want to happen.  It DOES mean that you need to be involved- in whatever way resonates with you- to CREATE CHANGE."

People in North America are under a heavy blanket of  "See nothing, hear nothing, do nothing".... Yet all around them the world is being taken back by those who are STANDING in their BEing.

The World Is Awake!

Don't believe me?   I have spent the past few days compiling this list that shows just how awake the world has become and how many people are Standing Right NOW.

This Is a list of countries that where people are telling the governments "NO MORE".  This is a work in process as it is no where near complete, but I felt compelled to get it out there for people to see RIGHT NOW.  You will see that many of these places are the most highly controlled military states on the planet... and yet, the people RISE and STAND.

YOU are not alone!  All these people in ALL these "nations" are standing right beside you.  They are BEing the CHANGE.

Please Share this list and make it viral.  Let the people know that they are not alone and that people are standing with them. This list will be available as a separate page on RTS so that it can be easily sent as a link and can be continuously updated.

I would like to hear from you.  Please send me links to news stories covering political protests in your area.

Over 1,000 cyclists stage die-in protest outside Transport for London HQ-Dec 1/13

Portugal Lived Today. A Million and a Half People In the Streets Against Austerity.-Mar 3/13


Tens of Thousands of French Protesters Reject Austerity- May 5/13

International protest against criminalization of homelessness in Hungary- Feb 12/14

http://www.eurasianet.org/node/67939
Kazakhstan:
Police in Kazakhstan have detained a number of demonstrators during an unsanctioned protest rally against the devaluation of the country’s national currency, tenge.

New protest crackdown in Cambodia Riot police were recently deployed in the Cambodian capital Phnom Penh to break up anti-government protests. The crackdowns are part of an escalating standoff between officials and those calling for democratic reform.

March In March Australia 2014: A national protest as a vote of no confidence in the Abbott Government’s policies

Malvinas Argentina: Police Repression in the name of Monsanto


"Rio, a showcase for the world"-22/10/2013
The people no longer believe this farce! The fight continues, tomorrow it will be even bigger!

Protest over wages and salaries continues at the University of Guyana

Guest
AWESOME absolute data most are unaware of - Thanks Prpl 4 sharing here!

Time to stand up & BE counted amongst those willing to DO & BE the change we wish to SEE.

Liberation is in deed upon us... on so many levels- Halleluyah!!

OUT OF MIND » BREAKING NEWS & HOT TOPICS » THE RESISTANCE, PETITIONS, PROTESTS & RIOTS » The World stands and says: "NO MORE!"