MessageToEagle.com - Many fascinating archaeological discoveries were first stumbled upon by non-archaeologists or other amateurs exploring the terrain.

No one - except perhaps the discoverers themselves - believed in the credibility of the findings.
Until, proof was finally found.

One of such unbelievable discoveries has recently been made by retired 79-year old Holly Ahlberg using Google Earth from her personal computer out of her home in the Sedona Shadows community in Sedona, Arizona. 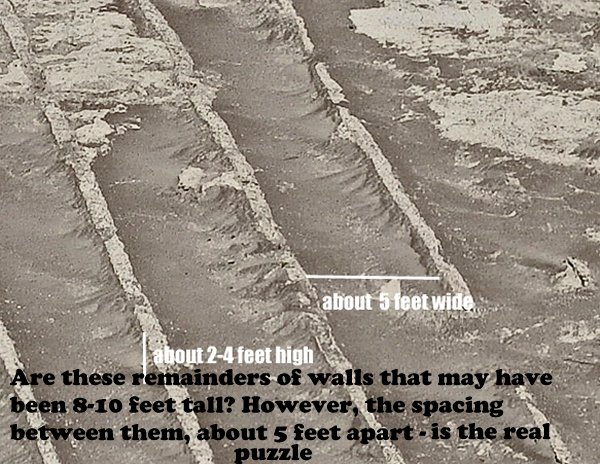 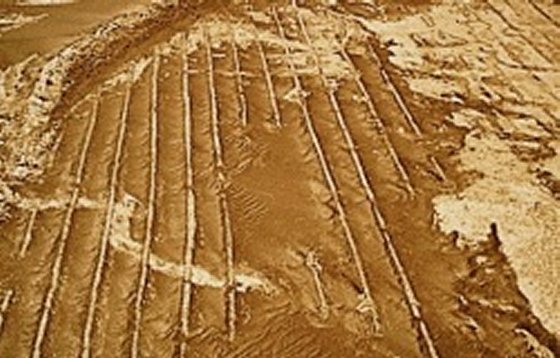 The place of this discovery is unique and very hostile.

It's considered the driest desert in the world with dramatic landscape with some parts of the region that has never received a drop of rain, or at least not as long as people have been keeping track of such things.


However, Holly Ahlberg hopes that her find will develop into a major archaeological discovery.

Ahlberg's observations would have meant nothing more than strange, inexplicable markings in the Atacama Desert if she had decided to dismiss them and move on to other things.
But she had friends who could help clarify the picture, even if only slightly. 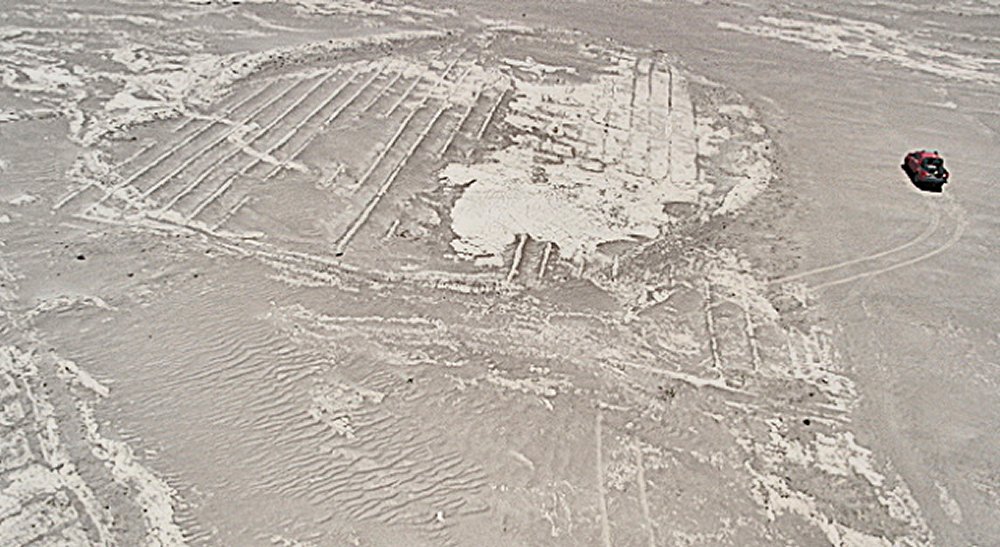 She contacted author and researcher Lloyd Pye who assembled a small team to investigate, including an explorer, Brien Foerster, and a drone pilot, Jeff Taylor of Event38 Unmanned Systems.

None of them were trained archaeologists, and some might even consider them "outside the mainstream", but they were willing to commit the time and resources to investigate the location of the markings on the ground. 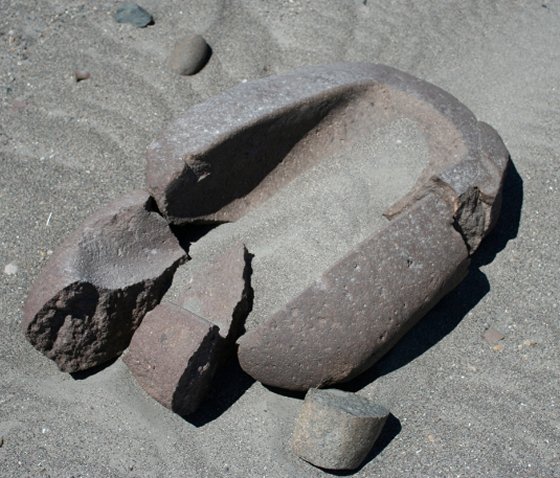 Using a remote-controlled aerial drone equipped with a camera, the team was able to acquire more detailed aerial photos of the site, which they estimate to be very large: about 11 miles in length and 6 miles in width (as large, Ahlberg maintains, as Manhattan).

They photographed what they suggest appear to be the remains of roads, salt pans, walls, possible house structures, the possible foundations of a large circular structure of monumental proportions, and possible ancient qanats (underground canals for irrigation and other purposes). 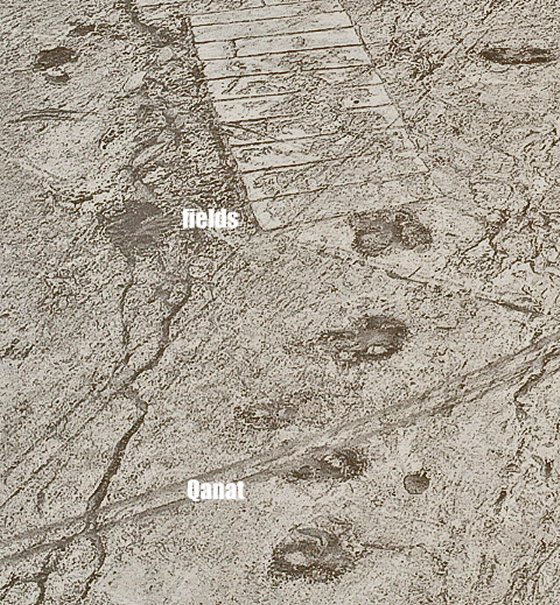 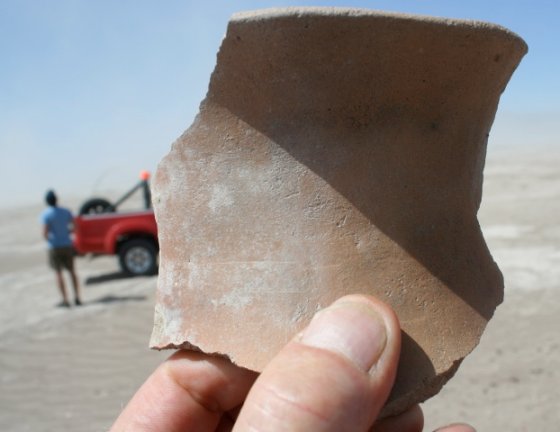 Many of the features clearly seen on Google Earth and drone aerial views were undetectable from the surface, according to the investigators.

But some of them, including small finds, could be easily seen and handled from the surface, they claim.

Purportedly found during the site surface exploration forays were fragments of pottery, including a pot that contained what they interpret to be a possible child skeleton, and remains of a metate, a tool used to grind grain in food preparation. 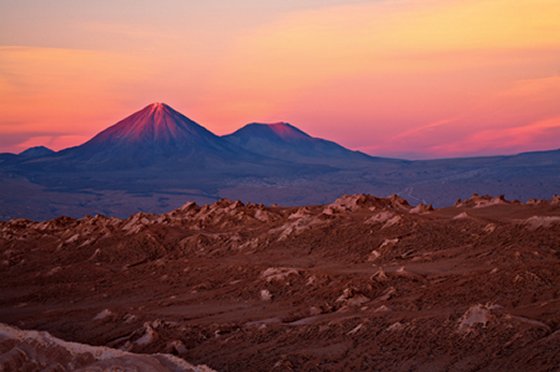 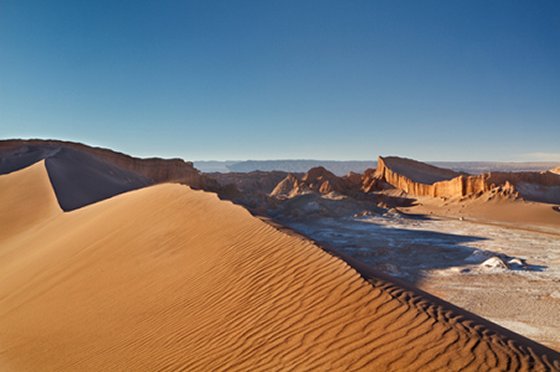 In 2007, for example, Professor Lee Berger of the University of the Witwatersrand in South Africa used Google Earth to locate new cave sites that eventually led to the discovery of 2 million-year-old hominid (ancient human ancestor) fossils that have shaken up the world of human origins research.

Another famous discovery made Professor David Kennedy of the University of Western Australia used Google Earth to scan the desert landscape of Saudi Arabia for archaeological sites, identifying thousands of tombs and other sites, some of which may be as much as 9,000 years old.

The findings made by Holly Ahlberg clearly suggest that there was once a human presence here.

Is it a real discovery or hoax?