"They lay inside the desert grottoes for centuries and remained hidden for another sixty years inside what were catalogued as tefillin, the phylacteries worn by observant Jews during prayer," reports Vatican Insider.

This is the background to the sensational discovery of nine new Qumran scrolls.

The Dead Sea area of the Qumran is the site where hundreds of fragments of texts from the Torah and Jewish literary pieces dating back to two thousand years ago were discovered in the mid Twentieth century. 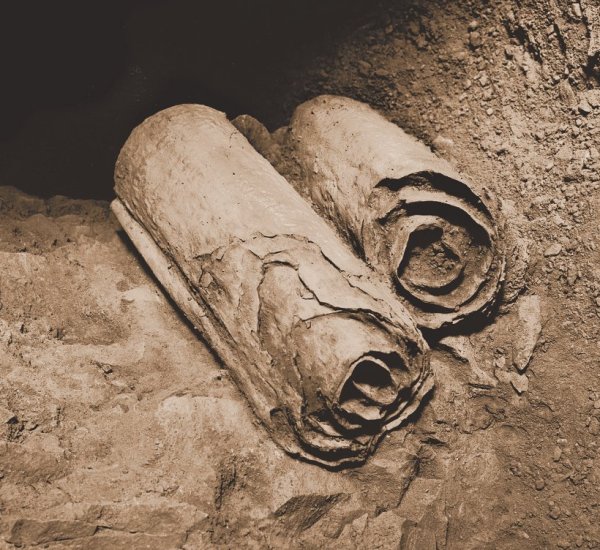 The scrolls remained intact thanks to the microclimate of a complex of desert grottoes and have become a key reference point in biblical science studies.
These grottoes were inhabited by a community about which many theories have emerged.


The material comes from grottoes 4 and 5, where most of the manuscripts were found during the 1952 excavations led by Dominican French archaeologist Roland de Vaux.

The three tefillin in question were examined by the Israel Antiquities Authority using a special photography technique which showed that there were three scrolls inside each phylactery.

The material is extremely fragile so much care will need to be taken when removing them from the recipients and the process will take some time. 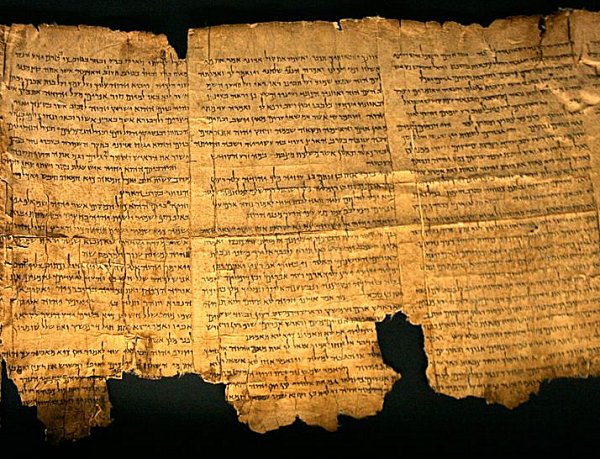 Dead Sea Scrolls on display at the Israel Museum in Jerusalem in 2008. Photograprh by Baz Ratner, Reuters

There will undoubtedly be those who will snatch at the opportunity to stress the arguments contained in the literature on this subject, which claim that the Qumran holds the key to certain mysteries that will rewrite the history of early Christianity. 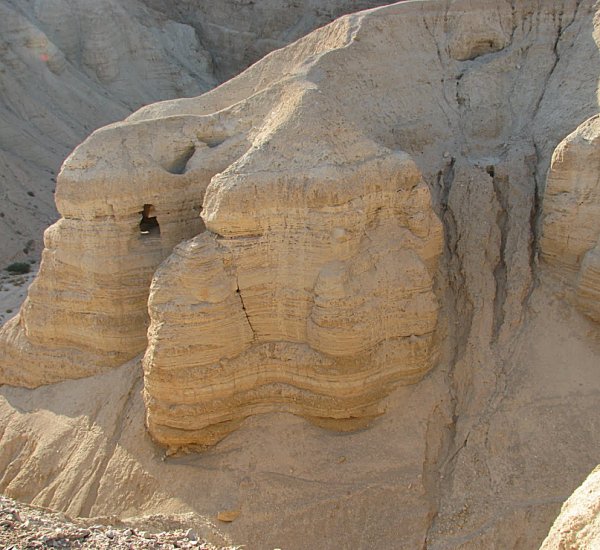 Qumran grottoes on the Dead Sea

But any such surprises are unlikely, at least as far as the tefillin are concerned. These should contain traditional Torah texts, probably some verses from Deuteronomy. But from a biblical archaeological point of view, this is precisely why said material is so valuable.

“The new discovery shows that the research being carried out on the Qumran is not complete yet. There are a thousand reasons, especially political ones, why the material unearthed is still being studied and why the the findings have not yet been published.

What is causing the greatest suspense now is the wait to find out the precise contents of the new scrolls.

But another important aspect is the fact that great progress has been made in the more than sixty years since the excavations were carried out in the grottoes, thanks to technologies used. This may help us gain a better understanding through these new scrolls.”

Guest
Thanks Prpl 4 this here.

I heard recently that the Dead Sea Scrolls reveal a DIFFERENT version of a couple key Bible passages that, to me, alter my understanding greatly; the additional text in the scrolls will be in ALL CAPS HERE TO EMPHASIZE IT; if text was altered in our current Bible but is missing in Dead Sea Scrolls, I will put it in brackets [ ] [like this] :

Genesis: Let us make man in our likeness, AND WITH OUR POWERS AND ABILITIES.

Jesus speaking: Marvel not... greater shall you do if you only believe [in my name] THAT YOU CAN.

Admin
Posts : 106277
Join date : 2012-01-04
Location : Woodstock Nation
I would like the Vatican to open its archives. We would learn much from that.
Also the editing and censoring (Book of Enoch etc.) of the Bible is why so many give it no validation. There is no trust and with good reason.

Guest
Find Pope's recent disclosure re hell & Adam & Eve, quite revealing & indeed revelational, and to some, probably revolutionary from what's been taught

Admin
Posts : 106277
Join date : 2012-01-04
Location : Woodstock Nation
yeah he is something else. Dropped the f bomb in one of his speeches and folks are all freaking out about it.  Made him more hueman in my eyes.

Guest
do U know when this speech was made, Prpl?

I found his servant heart of washing feet displayed early in his appointment time most refreshing, also.

Pope Francis Lets A Vulgarity Slip During Vatican Address
by
March 03, 201412:31 PM
It was a simple slip of the tongue, people say. But when the pope accidentally utters a vulgarity during a public speech, people notice. That's what happened during Sunday's weekly blessing by Pope Francis, sparking a flurry of comments on social media.
The pope quickly realized his misstep and corrected himself. But there are things people simply cannot un-hear, and this seems to be one of them.
"The words the Pope stumbled on were 'caso' (example) and 'cazzo' which means 'f***' in Italian and often trips up those not used to speaking the language," as Britain's reports. The Telegraph reports that the word has .
Update at 2:30 p.m. ET: About The Pope's Language
Readers' comments saying we misrepresented the pope's speech led us to do more research; we've made some changes to this post as a result.
Before publishing this post earlier today, we confirmed that the word "cazzo" has several possible translations into English, including the f-word. That meshed with reports we saw on Twitter, and in Italian media, that dated to Sunday afternoon (well before any English-speaking media outlets had reported on the gaffe).
But the word's main denotation is as a vulgar term for "penis." It also has connotations and uses — in phrases or as an exclamation — that are commonly translated as the f-word. A look at the explains the differences in frank terms (warning: the language is stronger than we'd use here).
Our original story reported that the pope is widely seen to have made an innocent and fairly common mistake. While that remains true, I've updated the headline and some of the text in this post to better reflect the nuances of the word as used in the Italian language. I apologize for the confusion.
Our original post continues:
The stumble offered an unexpected distraction to a large crowd that had gathered on a rainy Sunday to watch the pope deliver a message of charity to his followers, speaking from the window at the Vatican's Apostolic Palace.
"If each one of us does not amass riches only for oneself, but half for the service of others, in this **** ... in this case the providence of God will become visible through this gesture of solidarity," he said, as he read from prepared remarks before delivering the traditional Marian prayer of the Angelus.
Francis didn't look away from his notes as he quickly corrected his momentary flub, but he left "the crowd gathered in St Peter's Square and those watching around the world asked themselves 'Did he just say f***?'" the Daily Mail says.
In the Italian media and on Twitter, people were quick to draw attention to the gaffe — but also to forgive it as a common mistake for those who move from speaking Spanish to Italian. The pope, 77, is a native of Argentina.
The Italian magazine compared the mistake to slipping on a banana peel, and predicted the incident might add to the popular appeal the pope has generated since he assumed his new post.
Here's the relevant portion of the video: