Secrets Of Indigo Children - Are They Humanity's Last Hope

MessageToEagle.com - These incredibly intelligent children with many unique abilities have been encountered world-wide.

They can see through you and reveal any hidden agenda.

Some say they are good, others are convinced that they are evil.

Who are they really? They do not seem to belong on Earth and yet there are scientists who maintain that these remarkable children have a special mission to change our planet.

The concept of so-called Indigo Children was developed in the 1970s, when Nancy Anne Tappe described the children in her book "Understand Your Life Through Color".

According to Tappe, some children were being born with indigo auras. The idea was interesting to the general public and it led to to the publication of a series of books in the 1990s and the release of movies about Indigo Children.

So, why are the Indigo Children different from other normal and ordinary kids?
People who have met, studied and worked with Indigo Children say that these individuals differ much from average children.


Although, they are just children, they like, and sometimes even demand to be treated with the same respect as adults.
They have high integrity and enjoy solving problems, especially on their own. 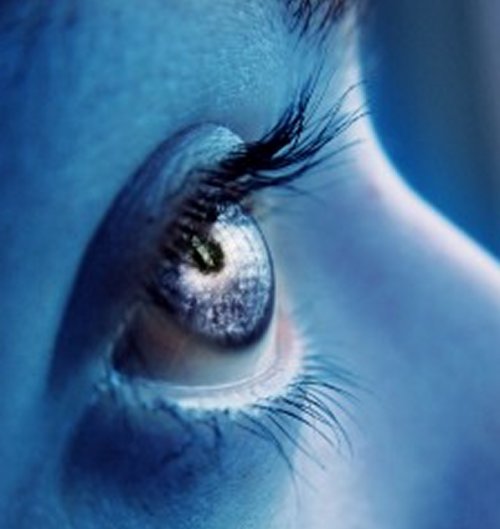 Indigo Children are born with healing abilities and they use their powers as soon as there is a need to do so. Often, the Indigos are not even aware of that they are utilizing their extraordinary healing capabilities. Furthermore, these unusual children possess an ability to read a person like an open book. If you have a hidden agenda, or intentions to manipulate them, they will see through you and reveal your motives.

Are these children the next stage of human evolution, or is there another reason why they have been encountered world-wide for the last 20 to 25 years?

Professor Vladislav Lugovenko, Doctor of Physical-Mathematical Science of the Institute of Earthly Magentism, Ionosphere and Radio Wave Emission of the Russian Academy of Sciences, says that these children possess potential to change our civilization. .

He is one of many scientists who have studied the behavior of Indigo Children with great interest.

"Indigo Children have a special mission to change our planet. Many of them have amended DNA spirals, which gives them incredibly strong immune system, which can even defeat AIDS.
I have met such children in China, India, Vietnam, and so on. I am sure that they will change the future of our civilization," Professor Lugovenko said.

Modern scientists are conducting extensive research works in an attempt to unveil the mystery of these phenomenal children, but it is a difficult case.
There is still so much we do not know about the human brain and we lack sufficient knowledge to form a hypothesis as to who these children really are.

"There is a theory, according to which the human brain has two basic memory types, work and remote memory.
One of the most remarkable abilities of the human brain is its ability to save information about experiences, emotions, and thoughts, both inwardly and outwardly, in the single informational space of the Universe.

There are some unique individuals, who can draw information from that field. In my opinion every human being is connected with space by means of energy channels," Professor Lugovenko added.

To be intelligent, unique and ahead of time has never been easy, at least not on our planet.

Many people are still ignorant and fear everything that is different. These children are indeed - different and they will or already have difficulties to live on Earth. Although some say Indigo Children are humanity's last hope, there are still those who are convinced these unusual children are truly evil.

Are Indigo Children saviors of humanity?