Judaculla Rock's Mystery - Does It Contain A Secret Coded Message To Mankind? 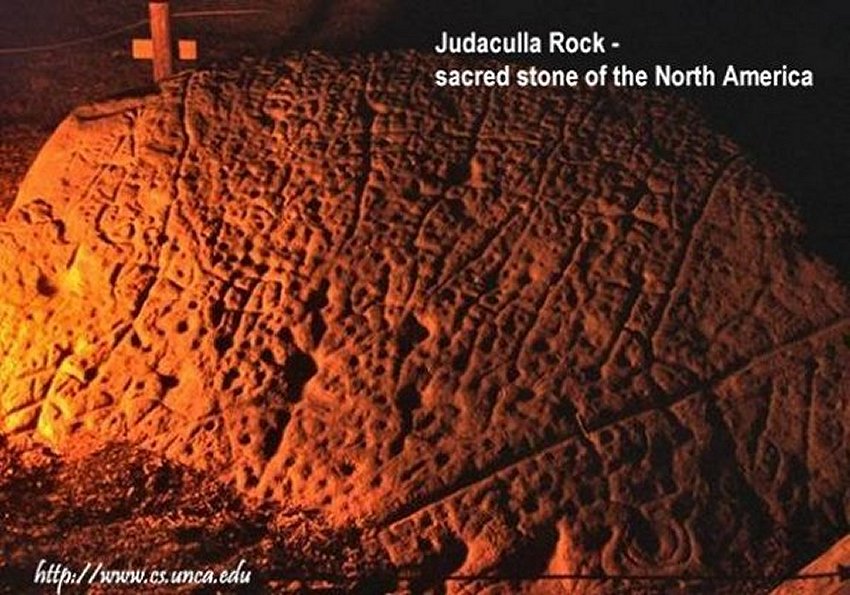 MessageToEagle.com - This rock covered with undecipherable symbols is one of the greatest archaeological mysteries of the North America.

Neither scholars nor older residents have been able to decipher it. Neither do they know its true origin nor purpose.

Is it a prehistoric code? Some kind of secret message for future generations of humanity? 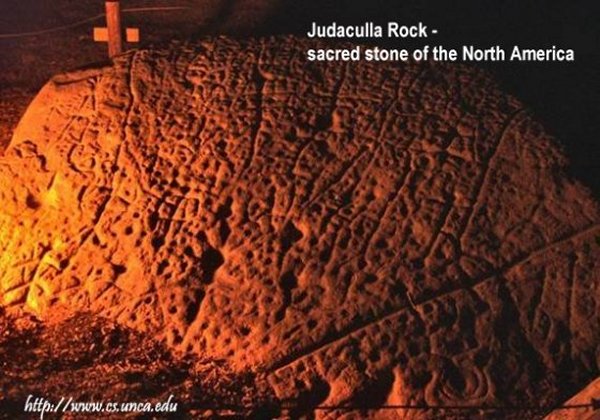 "A fire makes the images seem to come alive, and maybe a shaman did this in order to interact with the spirits of those images." Photo Credits: cs.unca.edu"

Judaculla Rock is one of the largest in the Southeast, and the largest petroglyph in North Carolina, located in the Caney Fork Creek valley in Jackson County, outside of Cullowhee.

The details of the petroglyph’s formation are unknown to scientists. Judaculla Rock is not an ordinary stone because it has something else: scribbling, markings, dribbling and spidery lines. And these mysterious symbols can be more than 10,000 years old. 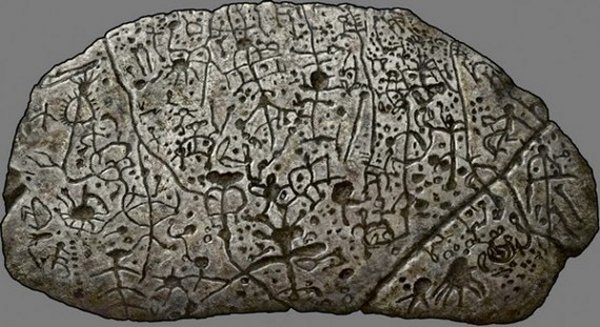 Giants had come once to visit the Cherokee. They were nearly twice as tall as common men, and had their eyes set slanting in their heads, so that the Cherokee called them Tsunil’kälû’ (Tsulkalu), “The Slant-eyed people,” because they looked like the giant hunter Tsul’kälû’… They said that these giants lived very far away in the direction in which the sun goes down. The Cherokee received them as friends, and they stayed some time, and then returned to their home in the west.


There has been much debate and even controversy over the years regarding the Judaculla Rock.

Now, archaeologists know that the artifact predates the Cherokee habitation of western North Carolina, but the boulder's exact time of origin is still unknown. 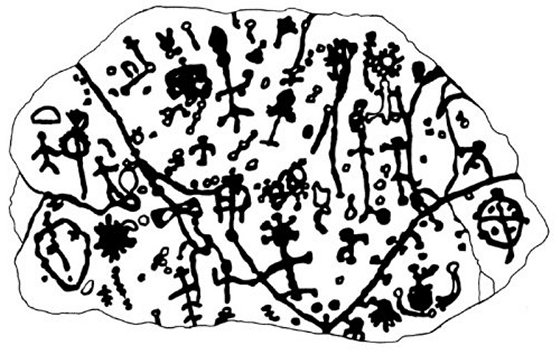 It is currently dated from the late Archaic Period, between 3000 and 1000 BCE, when evidence first appears of Native American societies forming mound societies. 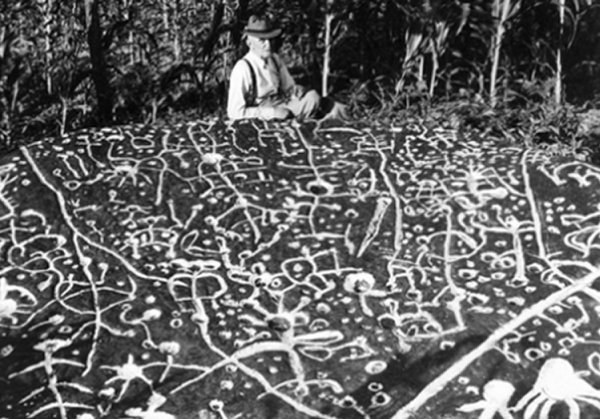 According to the Cherokee legend documented by ethnologist James Mooney in the late 1800's, once upon a time there was a slant eyed giant named Tsul'kalu'. It is the Cherokee's name Tsulkalu which means "slant eyes". Tsul'kalu' was a great hunter who lived in nearby mountains.

He lived on Tanasee Bald but one day he jumped from his mountaintop home and landed at what is today Caney Fork Creek and left the markings on the soapstone.
As legend describes, he scratched the rock with his 7 fingered hands…. Others say he worked with his toes while scratching….

Scott Ashcraft, staff archaeologist for the U.S. Forest Service in Asheville, has been studying and photographing the rock for several years now, collecting its history.

"Basically, where you find rock art, you will find petroglyphs because the Native American was everywhere," Ashcraft says. 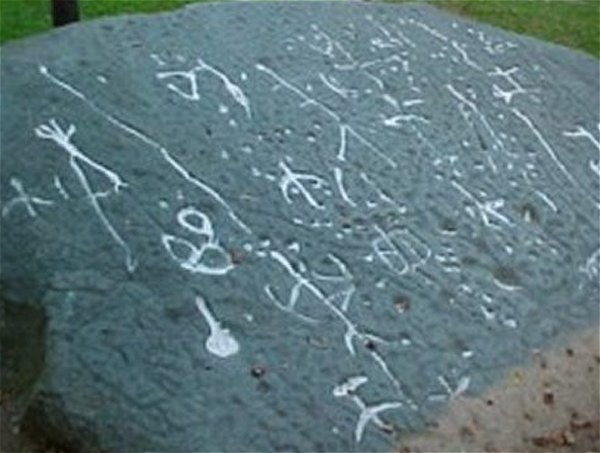 "Rock art was a lot more prevalent around here than we thought in years past." Important finds in East Tennessee, he said, have been uncovered in caves.

The rock's mystery continues to fascinate scientists and ordinary people as well. The carvings seem to represent humans, animals and combinations of man and animal.

"But Indian art is almost always abstract and highly stylized," the expert explains. "It is not immediately recognizable."

So, who carved this most remarkable rock and when?

"A fire makes the images seem to come alive, and maybe a shaman did this in order to interact with the spirits of those images," Scott Ashcraft said.

No one can say for certain what the ancient images on the rock mean. "We just don't know. It is lost to history."
As night comes on, Scott Ashcraft said, the rock's images begin to move. "As the shadows get longer, the rock talks to you more..."