Scientists Study Woman Who Can Have Out-of-Body Experiences On Demand Wed Mar 12, 2014 7:54 am 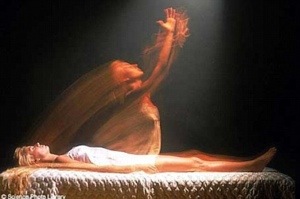 Plenty of attention being given to a new study with a subject who can apparently have out-of-body experiences (OBEs) on demand:
After a class on out-of-body experiences, a psychology graduate student at the University of Ottawa came forward to researchers to say that she could have these voluntarily, usually before sleep. “She appeared surprised that not everyone could experience this,” wrote the scientists in a study describing the case, published in February inFrontiers in Human Neuroscience.
…The 24-year-old “continued to perform this experience as she grew up assuming, as mentioned, that ‘everyone could do it.’” This is how she described her out-of-body experiences: “She was able to see herself rotating in the air above her body, lying flat, and rolling along with the horizontal plane. She reported sometimes watching herself move from above but remained aware of her unmoving “real” body. The participant reported no particular emotions linked to the experience.”
An unusual find, wrote the scientists, University of Ottawa researchers Andra M. Smith and Claude Messier – this is the first person to be studied able to have this type of experience on demand, and without any brain abnormalities. Instead of an “out-of-body” experience, however, the researchers termed it a “extra-corporeal experience” (ECE), in part because it lacks the strong emotions that often go hand-in-hand (such as shock & awe, for example).
To better understand what was going on, the researchers conducted a functional magnetic resonance imaging (fMRI) study of her brain. They found that it surprisingly involved a “strong deactivation of the visual cortex.” Instead, the experience “activated the left side of several areas associated with kinesthetic imagery,” such as mental representations of bodily movement. …
http://www.dailygrail.com/Mind-Mysteries/2014/3/Scientists-Study-Woman-Who-Can-Have-Out-Body-Experiences-Demand

The results suggest that the ECE reported here represents an unusual type of kinesthetic imagery that shares some features of previously described out-of-body experiences and some features of more typical motor imagery.
The cerebellum also shows strong activation that is consistent with the participant’s report of the impression of movement during the ECE. There are also left middle and superior orbital frontal gyri activations, structures often associated with action monitoring….
http://madworldnews.com/scientists-scan-womans-brain-body-experience-witnessed-incredible/

It is amazing that she can do this easily at will. Recall that the experience can most likely be reproduced in anyone if a brain surgeon stimulates the person’s right angular gyrus:

Olaf Blanke, a neurosurgeon at University Hospitals of Geneva and Lausanne, wasn’t trying to set off the sensations in his patient but was using electrical stimulation to map the activity of her brain in preparation for surgical treatment. But by recording the patient’s reactions and matching them with specific electrodes, Blanke was able to pinpoint the region where out-of-body experiences seem to originate.
“We wanted [and needed] to be sure that what the patient experienced and told us was related to the actual stimulation,” says Blanke.
When Blanke and colleagues activated electrodes placed just above the patient’s right ear — a region known as the right angular gyrus — the woman began to have the strange sensations. Depending on the amplitude of the stimulation and the current position of the patient’s body, her experience varied. Each of the patient’s four episodes lasted about two seconds.
After one stimulation, the patient said she felt as though she were sinking into her bed and then she felt as though she were “falling from a height.” After another stimulation she said felt like she was “floating” about 6½ feet above her bed, close to the ceiling. When she was asked to watch her legs during the stimulation, the patient said she saw her legs “becoming shorter.” …
http://abcnews.go.com/m/story?id=97897

This isn’t the only case, either. Here’s how it works: 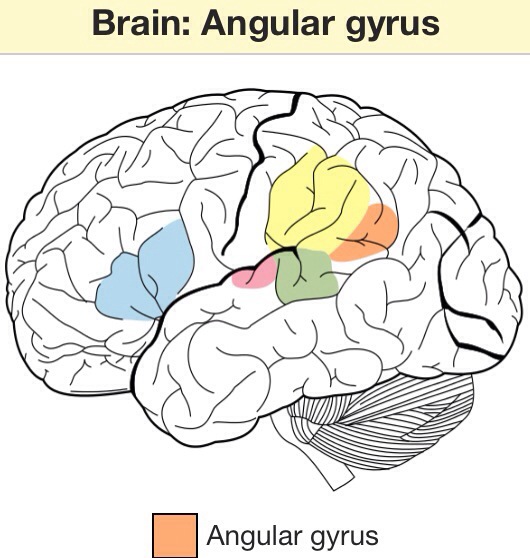 Posts : 5185
Join date : 2012-01-01
Whether she volunteered for these studies or not -
It amazes me that science seems to have to have proof of every little gift that people have and understand how it works, in order to proclaim them as not being delusional or crazy and that these unusual things occur.  Many people have gifts that they just don't talk about because of the ridicule that they receive from others who don't have these gifts.  Whether it's the ability to move objects, see spirits, scense energies, flying or out of body experiences, healing or whatever - these gifts are a part of many people's everyday lives and they should not have to go through such experiments in order to prove it to some scientist or anybody else, nor should they be ridiculed for doing and being what comes natural for them.

Guest
HL, there seems no indication she was having to "prove" herself or her gift resulting from "ridicule" in this matter, perhaps just willing to be subject of study for purpose of scientific research or validation.
Perhaps this presumptive "ridicule" reflects one's own experience with similar or very different gifts, whereby one being described "delusional or crazy" for same has discouraged that one from any public disclosure or display of same. Seems that could be a common experience in a critical brain-washed world where "different" sometimes equates to a threat to status quo "normalcy" that many fear; how unfortunate, imo. Hopefully we can get beyond these judgmental presumptive critical spirits & learn to better appreciate each one's unique giftedness and encourage further development of same for benefit of all.

to both Prpl & HL