New Cloaking Device Uses a Pyramiding Structure!?
In the beginning was the word, and the word was sound…
There is nothing new about this invention, and one suspects not even new enough to put into military application demonstration as increasingly discoveries about ancient technology reveals how backward we are on every level … 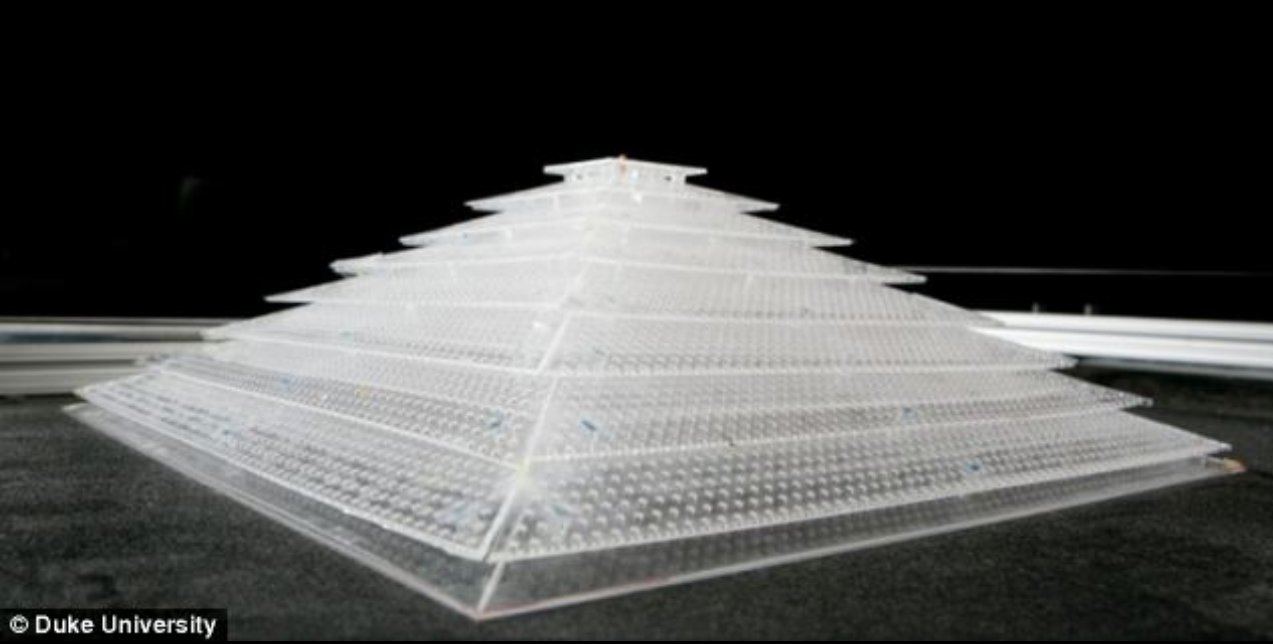 “The particular trick we’re performing is hiding an object from sound waves,” said Steven Cummer, professor of electrical and computer engineering at Duke University.
“By placing this cloak around an object, the sound waves behave like there is nothing more than a flat surface in their path.”

To achieve this new trick, Cummer and his colleagues turned to the developing field of metamaterials—the combination of natural materials in repeating patterns to achieve unnatural properties.
In the case of the new acoustic cloak, the materials manipulating the behavior of sound waves are simply plastic and air.
Once  constructed, the device looks like several plastic plates with a repeating pattern of holes poked through them stacked on top of one another to form a sort of pyramid.
To   give the illusion that it isn’t there, the cloak must alter the waves’   trajectory to match what they would look like had they had reflected off a   flat surface.
Because the sound is not reaching the surface beneath, it is travelling a shorter distance and its speed must be slowed to compensate. 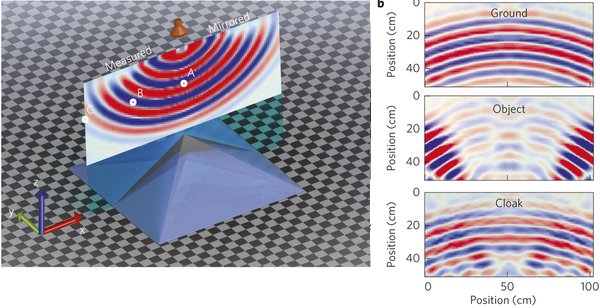 The object is almost disguised when cloaked, as seen in this sound wave study. Credits: Nature Materials/Duke

“The structure that we built might look really simple,” said Cummer.
“But I promise you that it’s a lot more difficult and interesting than it looks. We put a lot of energy into calculating how sound waves would interact with it. We didn’t come up with this overnight.” 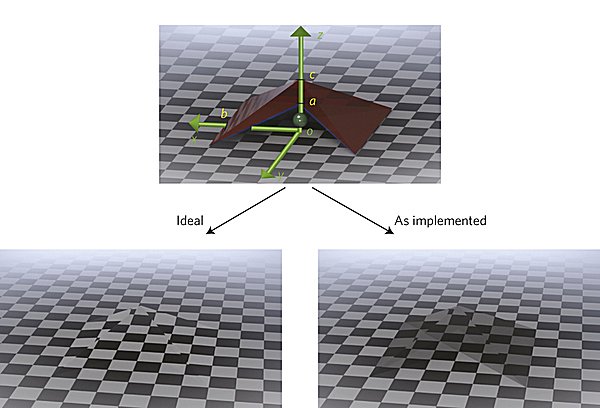 To test the cloaking device, researchers covered a small sphere with the cloak and “pinged” it with short bursts of sound from various angles. Using a microphone, they mapped how the waves responded and produced videos of them travelling through the air.


Cummer and his team then compared the videos to those created with both an unobstructed flat surface and an uncloaked sphere blocking the way. The results clearly show that the cloaking device makes it appear as though the sound waves reflected off an empty surface.
Although the experiment is a simple demonstration showing that the technology is possible and concealing an evil super-genius’ underwater lair is a long ways away, Cummer believes that the technique has several potential commercial applications.

“We conducted our tests in the air, but sound waves behave similarly underwater, so one obvious potential use is sonar avoidance,” said Cummer.
“But there’s also the design of auditoriums or concert halls-any space where you need to control the acoustics. If you had to put a beam somewhere for structural reasons that was going to mess up the sound, perhaps you could fix the acoustics by cloaking it.”
Paper.