MessageToEagle.com - Archaeologists have made more fascinating discoveries in the land of the Pharaohs. Ancient Egypt simply refuses to be forgotten.

Lately there have been numerous reports coming straight from Egypt revealing some incredible discoveries scientists made there.

Now, it is time for more amazing findings that will hopefully keep the history of Egypt more alive than ever and also bring tourists back.

At least that is what the government in Egypt hopes.

According to Hisham Zaazou, Egyptian Tourism Minister the tourism sector has completely collapsed.

In an interview with the state news agency, Hisham Zaazou said that he plans to make great changes in management to improve conditions 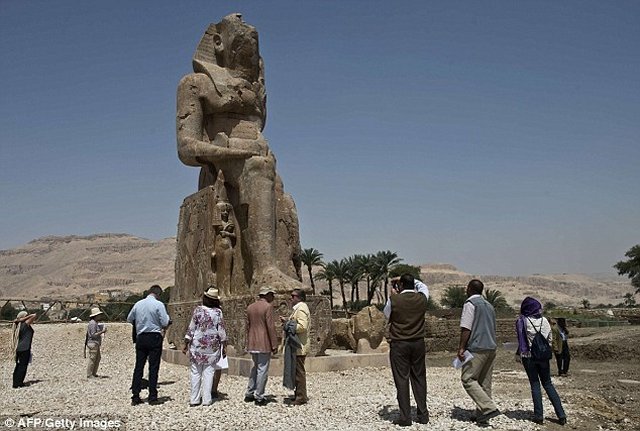 People can now admire the new statue of Amenhotep III in Luxor.

The unveiling was presided over by German archaeologist Hourig Sourouzian, who heads the temple of Amenhotep III conservation project.

"The world until now knew two Memnon colossi, but from today it will know four colossi of Amenhotep III 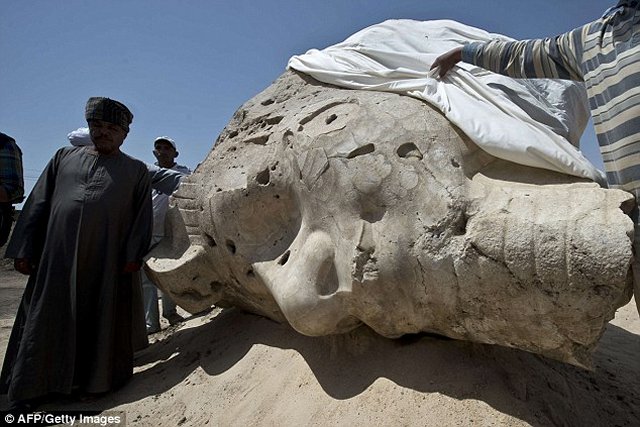 The statues had lain in pieces for centuries in the fields, damaged by destructive forces of nature like earthquake, and later by irrigation water, salt, encroachment and vandalism, "Sourouzian said.

These newly restored quartzite statues, one of which is more than 11 meters high and weighs 250 tonnes, can be found at the funerary temple of Amenhotep III. 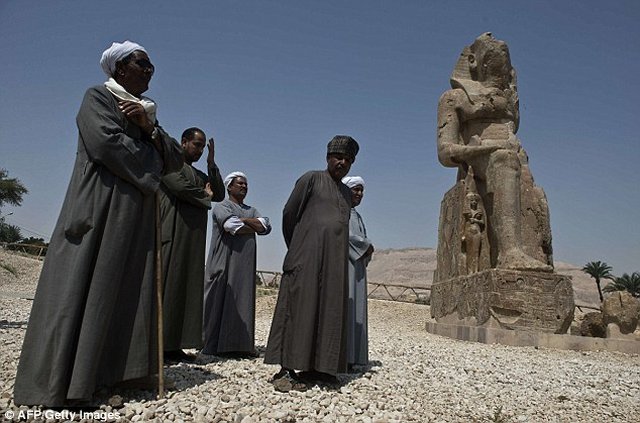 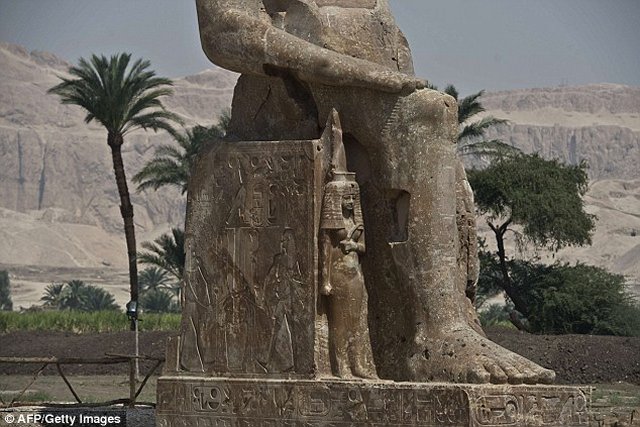 "Archaeologists said with its now missing double crown, the original statue would have reached a height of more than 44ft and weighed 450 tonnes.

Beside his right leg stands nearly a complete figure of Amenhotep III's wife Tiye, wearing a large wig and a long tight-fitting dress. The throne itself is decorated on each side with scenes from that era, showing the unification of Upper and Lower Egypt.

The second statue, of Amenhotep III standing, has been installed at the north gate of the temple. 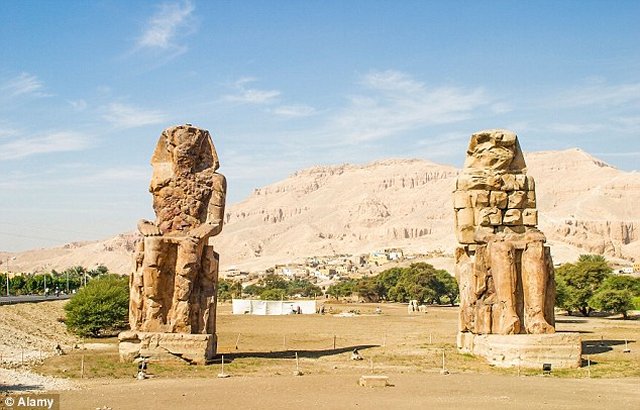 Other artifacts were also unveiled, including parts of other statues of the ancient ruler and his relatives, including a well-preserved alabaster head from another Amenhotep III statue.

This piece is unique, it is rare, because there are not many alabaster statues in the world,' Sourouzian told AFP," Daily Mail reports.

Earlier this month the statue of Amenhoteps III's daughter was unearthed in Luxor. 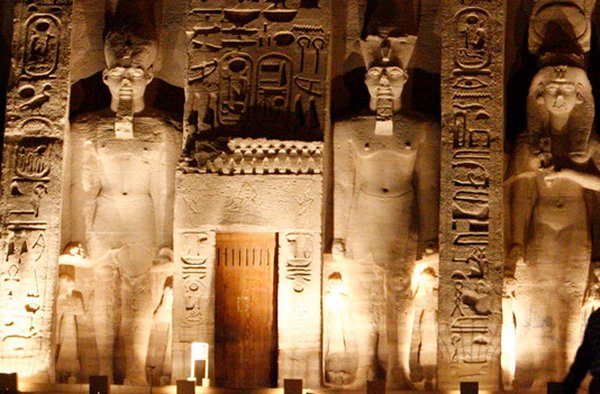 The statue of Princess Iset, the daughter of King Amenhotep |||, has been unearthed by a team of Egyptian and European archeologists. Photo credit: Reuters 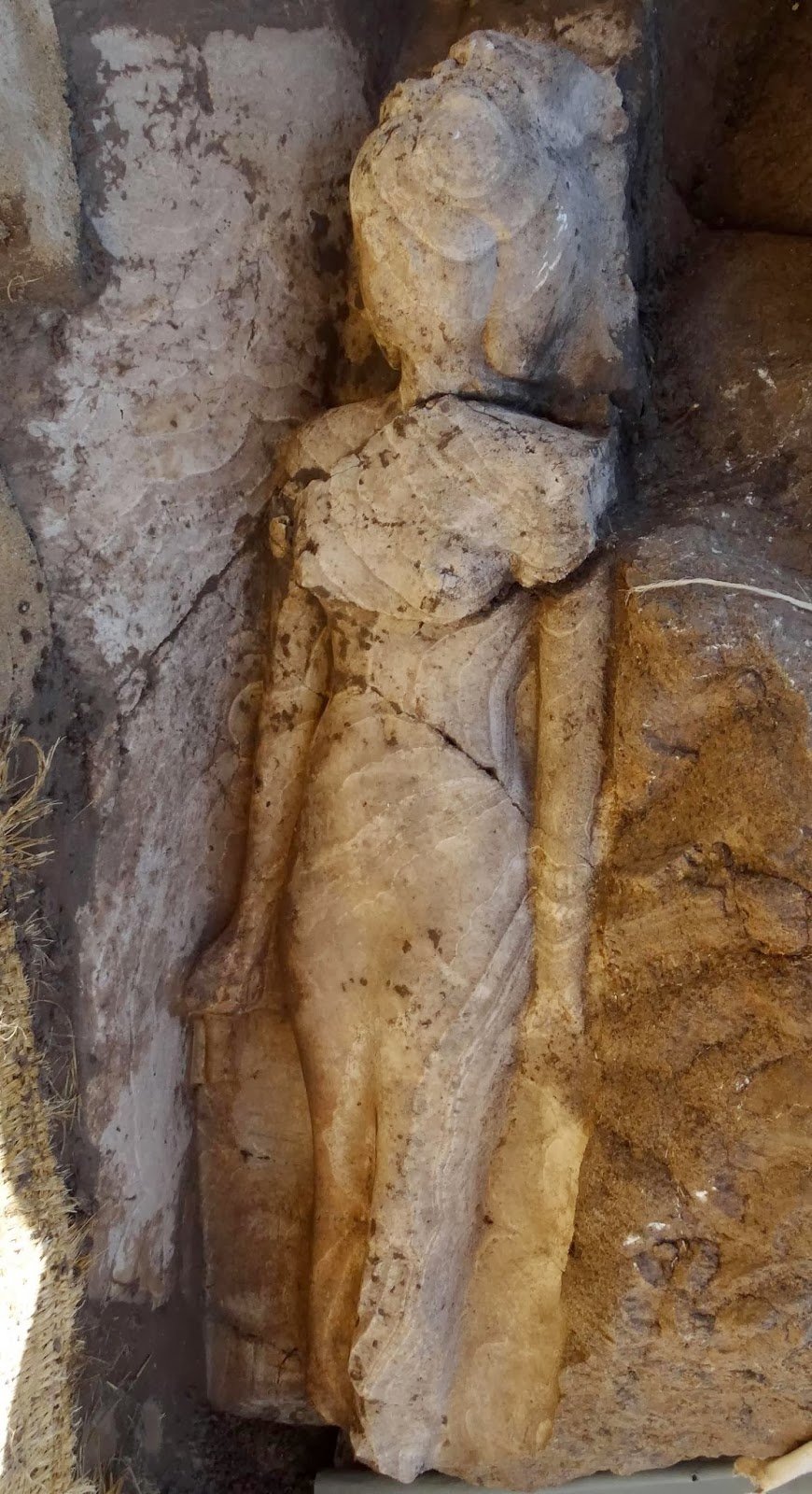 "It is a very important discovery because it is the first time to unearth a statue that shows the king with his daughter, alone without her mother, brothers or sister," Minister of Antiquities Mohamed Ibrahim said.

How many more of its ancient secret will Egypt reveal in the near future?