The Top 10 Health Benefits of Marijuana 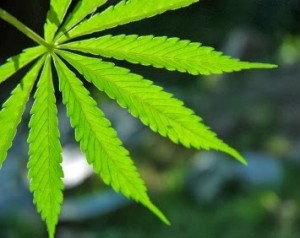 25th March 2014
By Marco Torres
Guest Writer for Wake Up World
There is no plant on Earth more condemned than marijuana. We’re talking about a living organism which governments have taken upon themselves to designate as an illegal substance. Despite no existing evidence of anyone ever dying of a marijuana overdose, possession of this plant is still illegal in many parts.
Cannabis is one of the most powerful healing plants on the planet. It has been found to suppress cancer, reduce blood pressure, treat glaucoma, alleviate pain and even inhibit HIV. It is also an effective antioxidant, anti-inflammatory and neuroprotective agent.
Can you understand now why it’s illegal?
Dozens of studies have made pseudo-scientific attempts to indicate that young people who use cannabis tend to experience psychological, social problems and mental decline. However, according to the results of a study published in The Lancet, marijuana use is not directly linked with such problems.
“Currently, there is no strong evidence that use of cannabis of itself causes psychological or social problems” such as mental illness or school failure, said lead study author Dr. John Macleod of the University of Birmingham in the UK told Reuters Health.

About the author:
Marco Torres is a research specialist, writer and consumer advocate for healthy lifestyles. He holds degrees in Public Health and Environmental Science and is a professional speaker on topics such as disease prevention, environmental toxins and health policy.
This article was reposted with the permission of the kind crew at preventdisease.com