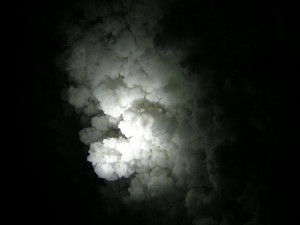 Jefferey Jaxen, Staff Writer
Waking Times
Salt has been an essential, virtually omnipresent part of medicine for thousands of years. It has been used as a remedy, a support treatment, and a preventive measure. Salt can be taken internally or applied topically and continues to be administered in an exceedingly wide variety of forms. Although popular and long established in Europe and many other countries, spelenotherapy and halotherapy are quickly catching on in America as powerful alternative and complementary medical modalities. Spelenotherapy is a method that uses the specific and unique properties of natural underground salt caves/mines to treat chronic and allergic respiratory disorders. Halotherapy involves salt aerosol inhalation and the use of saline solutions, typically utilizing a halogenerator.
Extensive Proven Research
Salt has been widely known for its anti-inflammatory and anti-bacterial properties. Once again, the United States appears to be behind in publicly-available research regarding this alternative therapy. Halotherapy is, and has been, medically and scientifically-proven to eliminate and/or significantly (statistically) decrease rhinitis, bronchitis (chronic & acute), chronic obstructive lung disease, cystic fibrosis (symptom of), sinusitis, occupational toxic-dust bronchitis (think 911 First Responders), and asthma, among other illnesses. From my personal research in speaking with those who are associated with salt therapy, it is noticed that children respond quicker and have the ability to recover or eliminate respiratory ailments, although both children and adults alike see improvements.
Salt Mining Health
There are a handful of destinations in the world where people can go to experience the effects of spelenotherapy. Among the world’s largest are in Wieliczka, Poland and Parajd, Romania. These mines are known as the world’s best microclimates in which the body can normalize and rejuvenate, specifically focusing on respiratory function. Stays from a day to a few weeks, state-of-the-art diagnostic testing, and high-quality health service treatments are common in these mines. In addition, the Wieliczka Salt Mine Health Resort co-operates with scientific institutions and medical institutions in Poland and throughout the world in the field of subterraneotherapy, speleotherapy, balneology, and physical medicine, among others modalities. Over the years, its representatives have organized and taken part in important events, medical symposia, conferences and workshops on diseases treated in the Wieliczka mine.
Salt Rooms / Halotherapy In Your Town
Since halotherapy is a natural, drug-free and safe complimentary therapy, there is an emergence of salt rooms appearing as stand-alone establishments and in numerous other health-minded establishments. Salt rooms are designed to replicate the purest microclimates found in nature using patented and proven halogenerators. These generators produce air that’s saturated with a fine-grained aerosol of natural rock salt, which is ionized and virtually free of allergens, microorganisms and other pollutants. In addition, this process also charges the air with negative ions.
Athletic Supremecy
The lungs and their relationship to athletic activity is arguably the single most important factor for optimizing performance. Simply put, athletes who have optimized their breathing can achieve better performance using less breath. This is no secret, as many world class competitors have been making their high-altitude training camp pilgrimage to places like Big Bear, Ca or using altitude training generators. Adding halotherapy to your training routine will become a no-brainer in the United States moving forward as it can easily induce better lung function and improve performance. Perhaps most importantly, it can prevent and treat many underlying respiratory weaknesses among athletes. This is an area where high altitude training falls short.
There is a growing quest in America to divorce from mainstream medicine and some of its dangerous treatments. Solutions to the disorders mentioned in this article heavily rest on the reliance of pharmaceutical medications with a large array of negative side effects and little hope of long-term elimination or cure. The idea of treating symptom after symptom using pharmaceutical drugs, like some disempowering game of whack-a-mole, seems to be in its last days. Many doctors are beginning to take the long-awaited leap to the holistic view of the body and its illnesses. Naturopaths and alternative practitioners are springing up like never before educating the population and providing better solutions. Will the pharmaceutical companies adapt to accommodate a more educated population wanting less toxic drugs and more control over their own health, minds and bodies? As more people become fed up with Western medicine’s sick care and choose personal responsibility for their health, the question becomes: how much longer until Rockefeller medicine is cast aside into the dustbin of history?

Well the demise of Western Medicine and Pharmaceutical Conglomerates, "Medicine for Profit" as opposed to actually Healing anyone, is Loooong overdue...

» How to Inhale Himalayan Pink Salt to Help Remove Mucus, Bacteria and Toxins From Your Lungs
» Oil of Oregano: A Powerhouse for the Alternative Medicine Cabinet
» Shocking victory for proponents of alternative medicine by Jon Rappoport
» Real Salt, Celtic Salt and Himalayan Salt
» Add 3 Drops of Oregano Oil to Water and SEE What Happens to Your Lungs