OUT OF MIND » CONSPIRACY THEORIES & ENDURING MYSTERIES » CONSPIRACY & FALSE FLAG EVENTS: PAST & PRESENT » Why are there no Sandy Hook lawsuits?

Why are there no Sandy Hook lawsuits?

Rate This
One of the questions former state trooper and nationally-recognized school safety consultant Wolfgang W. Halbig asks is why there hasn’t been not even one lawsuit by a Sandy Hook parent against Sandy Hook Elementary School for negligence. Halbig has never ever seen a school shooting without parents suing the school for negligence.
Below is an excellent article by my friend, Dean Garrison of The D.C. Clothesline, asking the same question. Highly recommend!
~Eowyn 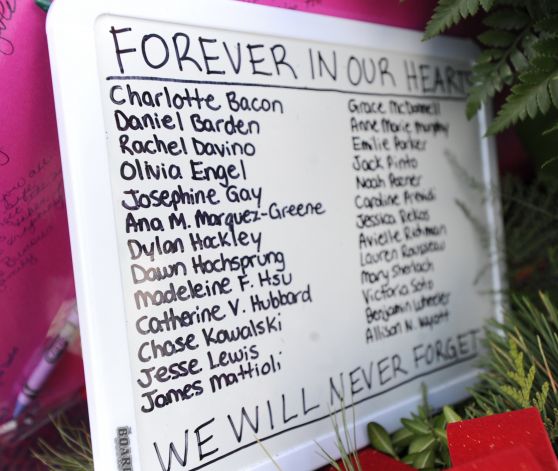 Why are there NO SANDY HOOK VICTIM’S LAWSUITS?
Posted on March 25, 2014 by Dean Garrison
What are the odds, in today’s world, of 26 victimized families ALL deciding not to sue a multi-millionaire who is a seemingly easy target?
Peter Lanza has a lot of money. Whether you believe he is responsible for the actions of his son, or not, you can not deny that the man is loaded by most people’s standards. Are you aware that he was paying Nancy Lanza over $250,000 a year to take care of Adam?
Our best clue of his actual salary comes from Yahoo:

But where is the father’s culpability in all of this? The General Electric financial executive, who makes over a million dollars a year helping his company evade taxes, has so far gotten a pass from the media and the public.

Before I go on, I want to note that I do not believe that Peter Lanza should be sued and many of our readers will not either. But in today’s world when people see dollar signs and opportunity they jump. I just find it very odd that none of those 26 families are suing.
I should also note that one lawsuit did surface after the shooting. It was subsequently dropped and was not from a family of one of the deceased. On January 2, 2013 (less than a month after the incident) CNN reported:

Outcry over a request for permission to sue the state of Connecticut for millions of dollars in the aftermath of the Newtown shooting prompted a New Haven attorney to at least temporarily withdraw his client’s petition, the attorney said Tuesday.
“I was getting hundreds of (Facebook) comments” about the potential lawsuit. “So I figured I’d take (the request) off the table for now,” said Irving Pinsky, who represents the parents of a 6-year-old survivor of the mass shooting at Sandy Hook elementary school.
Last week, Pinsky said in his filing that the state had failed to protect his client from what he described as “foreseeable harm.”

That is the only evidence I can find of any associated lawsuits, and I know of none by the families of the deceased. How odd is this? Very odd if you compare it to…
Columbine
It would seem that there is some precedent for suing the parents of shooters. That is why I mentioned that Peter Lanza seemed to be an “easy target.” After the dust began to clear on the Columbine lawsuits, ABC reported:

Most of the families of the victims in the Columbine massacre two years ago today settled their lawsuits against the parents of the gunmen.
Thirty of the 36 families whose relatives were either killed or injured by Dylan Klebold and Eric Harris in the April 20, 1999, school shooting agreed to participate in a settlement for a total of $1.56 million, according to Stephen Wahlberg, who led the families’ attorneys in the case. A judge will determine how the money is distributed.
Six of the families whose children were killed in the shootings opted not to settle. They are still pursuing suits against the Klebolds and Harrises, lawyers said.

Do you think that an attorney might advise a family to sue based on the results of Columbine litigation? To be fair, not all of these mass shootings have gained the same results as the Columbine suits, but ALL of them featured multiple lawsuits from families of the deceased. Let me share the info I have for the Virginia Tech shooting and the Aurora theater shooting as well.
Virginia Tech
Two of the victim’s families sued the school. Originally they received a positive ruling but lost later on appeal. The Courant notes:

The Virginia Tech lawsuit exemplifies a case that provided some closure and redress for two grieving families — the parents of deceased students Erin Peterson and Julia Pryde. In the Virginia Tech tragedy, a student, Seung-Hui Cho, murdered two of his classmates in one of the Virginia Tech dormitories. Roughly 21/2 hours later, Cho broke into one of the university’s classroom buildings and gunned down an additional 30 students and professors before killing himself. Families of the deceased students brought suit, alleging that school officials knew many facts about the first killing and there was sufficient time before the mass killing for the officials to warn the university community of the danger.
The court agreed with the plaintiffs, finding school officials responsible. Although this finding was overturned on appeal, the Virginia Tech lawsuit exemplifies a school shooting case that delved into the facts of a tragedy, answered some important questions for the grieving families and provided some closure.

Aurora Theater Shooting
Ten families of the deceased victims of alleged shooter James Holmes are still in process of suing the theater, and received a ruling to move forward from a judge in April of 2013. Hollywood Reporter revealed:

After the shooting tragedy last July 20 in Aurora, Colorado, during a midnight showing of The Dark Knight Rises, families of those hurt or killed looked for someone to blame. James Holmes is being charged with the criminal act of murders and attempted murder, but that wasn’t enough for several victims. Ten separate lawsuits were filed against Cinemark, the owner of the theater where the shooting took place, which responded by saying that it couldn’t have foreseen a shocking criminal act.
On Wednesday, U.S. District Court judge Richard Brooke Jackson considered whether the lawsuits should proceed.
In a personal note within his opinion, Jackson writes, “I suspect that many people, despite overwhelming sympathy and grief for the victims of the Aurora theater shootings, might upon hearing about these lawsuits have had reactions like, ‘how could a theater be expected to prevent something like this?’ I confess that I am one of those people.”
But the judge quickly adds that the lawsuits “present difficult questions of interpretation and application of law,” and calling it a “close call,” he has decided that Cinemark should continue to face questions about its responsibility for the mass shooting last year.

Looking at three similar tragedies it would seem that the lack of legal actions in the wake of Sandy Hook are certainly an anomaly. It proves nothing in and of itself. It is however just another in a long line of Sandy Hook anomalies. The arguments against the conspiracy and/or cover up have become weaker with time. No longer can many people deny the oddities. You can not explain things like The Associated Press using predated photos that were taken days, weeks, months and even years before the tragedy took place.
More often than not I hear a single recurring argument now… Do you know how many people would have to be complicit for them to pull something like this off?
Indeed.
For the links to all the posts Fellowship of the Minds has published on Sandy Hook, go to our “Sandy Hook Massacre” page!


I have ceased to be amazed at the possibilities of what TPB will stoop to. I know it would take more than just money, especially IF those kids were actually murdered... But mind control is not really a New science, is it ?

OUT OF MIND » CONSPIRACY THEORIES & ENDURING MYSTERIES » CONSPIRACY & FALSE FLAG EVENTS: PAST & PRESENT » Why are there no Sandy Hook lawsuits?