The Beginning Is Near 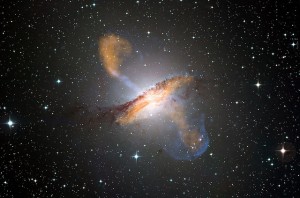 Zen Gardner, Guest
Waking Times
We have free will, a majestic gift of choice coupled with conscious awareness at a level that seems to be unique to creation. All of creation has its own vibrational attributes, but humanity has been gifted in a very special way. Whether we utilize this gift consciously or not appears to be the dilemma we’re faced with.
Yet we seek an escape from this life, a place of refuge. Ironic. Or is it a sense of knowing that something more real and wonderful exists?
There’s much talk about portals, energy vortices, jump locations and wormholes. Where we’re trying to go to is a fundamental issue. The point is, how and where do we find a place of transition to other circumstances? Is it activism? Is it our personal way of perceiving reality?
Or both?
Do we already have access to this other reality? Has escape always been the default position in this accosted world resulting in religion and sequestered lives driven by survival and an engineered sense of scarcity? Is this what has happened to the stand and fight mentality?
Does Humanity Get What It “Deserves”?
This is a huge question. Not just the karma issue, but the even deeper innate mechanics of the Universe. If Universe is perfect in every way, everything we’re experiencing is “justified”. Has humanity allowed itself, yes allowed itself, to be so degraded that its very decrepit condition invites and encourages predators?
To continue the analogy, are the parasites and viruses “going for the whole enchilada”?
Pretty serious stuff to consider, especially in the light of society being a reflection or reinforcement of anything imposed upon it. The question remains; does a dying body politic invite the very influences it eschews?

The Universe is Reflective
What we impose comes back. What we are willing to receive is another factor. But just imagine we’re abutted with a huge energetic field, ready to do our bidding. An extremely empowering notion. No matter what is living in this force field is considered fair game for such a Universal force. As an independent resource we should revel in such an idea.
Most profoundly, this “field” reflects our intentions and desires.
Now picture a human race that is enthralled with its own survival, under similarly subjected conditions. But they’re under attack. Where will they place themselves in the scheme of things? Will they realize their condition, or relinquish their autonomy for something that seems to save them?
Taking It Lying Down Is a Choice
A dead or dying organism invites parasites of all kinds. This is the current state of our world. As perverted, drugged down and immune deficient humanity glides into their brave new world of somatazation, we see the growth of the totalitarian police state.

We’re inviting it. By our acquiesced degradation.
A dead animal, or human, decays at an accelerating pace. Parasitic organisms move swiftly to devour and do away with the dead corpse. It’s natural. So the degradation of ethical and spiritual aspects of human culture. As we lay down, we accept the seemingly inevitable. A terrible vortex to find our collective selves, but we are there apparently, circling the drain.
This discourse may seem to meander, but it has its purpose.
Our Aliveness is the Key
An alive, resilient body is not a target for disease. The dead and dying are. The overall diseased “body politic”  today is  a sitting duck for control and manipulation. Ours is to keep alive and activating.
As synchronicity has it, as I was pondering these thoughts, I walked past a dead animal under a tree by the roadside. It was infested with hungry insects devouring the food. The next day all that was there was the fur. They work fast once the subject has succumbed.
Will humanity succumb? It doesn’t look good from a macro perspective. But I know individually the awakening is creating health and wellness at an enormous rate. Will it be in time?
It’s up to us.
Be alive. Be active.
You are in charge. Use your majesty of free will.
Love, Zen
ZenGardner.com


Thanks to Zen at: http://www.wakingtimes.com