Honey – The Perfect Antibiotic Capable of Solving The Problem of Antibiotic Resistance Fri Apr 11, 2014 9:29 am

Honey – The Perfect Antibiotic Capable of Solving The Problem of Antibiotic Resistance
April 11, 2014 by kristalklear

Rate This
Honey, one of the most incredible non-perishable foods that can kill almost every type of bacteria. It could also be one sweet solution to the serious, ever-growing problem of bacterial resistance to antibiotics, researchers said.
Medical professionals sometimes use honey successfully as a topical dressing, but it could play a larger role in fighting infections, the researchers predicted. Their study was part of the 247th National Meeting of the American Chemical Society (ACS), the world’s largest scientific society.
“The unique property of honey lies in its ability to fight infection on multiple levels, making it more difficult for bacteria to develop resistance,” said study leader Susan M. Meschwitz, Ph.D. That is, it uses a combination of weapons, including hydrogen peroxide, acidity, osmotic effect, high sugar concentration and polyphenols — all of which actively kill bacterial cells, she explained. The osmotic effect, which is the result of the high sugar concentration in honey, draws water from the bacterial cells, dehydrating and killing them.
Professor Rose Cooper from the University of Wales Institute Cardiff has looked at how honey interacts with three types of bacteria that commonly infest wounds: Pseudomonas aeruginosa, Group A Streptococci and Meticillin-resistant Staphylococcus aureus (MRSA). Her group has found that honey can interfere with the growth of these bacteria in a variety of ways and suggests that honey is an attractive option for the treatment of drug-resistant wound infections. 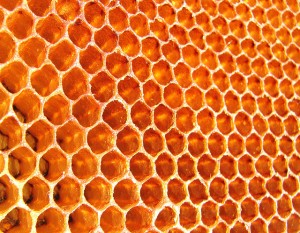 Some bacteria have become resistant to every commonly prescribed antibacterial drug. But scientists found that raw Manuka honey, as it is known in New Zealand, or jelly bush honey, as it is known in Australia, killed every bacteria or pathogen it was tested on.
Current findings on Manuka Honey are likely to have a major impact on modern medicine and could lead to a range of honey-based products to replace antibiotic and antiseptic creams.
“Most bacteria that cause infections in hospitals are resistant to at least one antibiotic, and there is an urgent need for new ways to treat and control surface infections,” Professor Dee Carter, from the University of Sydney’s School of Molecular and Microbial Biosciences.
In addition, several studies have shown that honey inhibits the formation of biofilms, or communities of slimy disease-causing bacteria, said Dr. Meschwitz. “Honey may also disrupt quorum sensing, which weakens bacterial virulence, rendering the bacteria more susceptible to conventional antibiotics,” Meschwitz said. Quorum sensing is the way bacteria communicate with one another, and may be involved in the formation of biofilms. In certain bacteria, this communication system also controls the release of toxins, which affects the bacteria’s pathogenicity, or their ability to cause disease.
more here