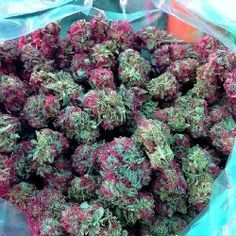 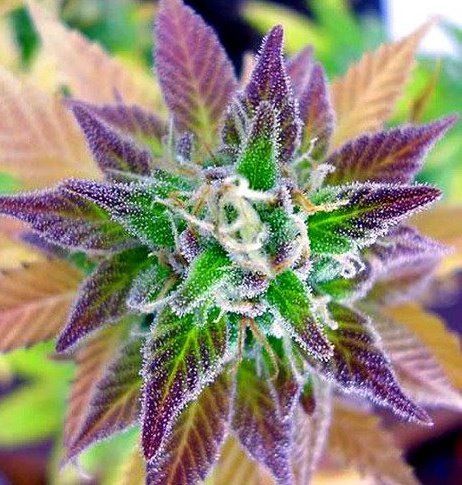 
There are still a bong-load of misconceptions revolving around the term’s supposed derivation.

APRIL 20: A marijuana activist dancing on live music during the annual marijuana 420 event at Yonge & [url=http://maps.google.com/maps?ll=43.6561111111,-79.3802777778&spn=0.01,0.01&q=43.6561111111,-79.3802777778 %28Yonge-Dundas]Dundas Square[/url] on April 20 2012 in Toronto, Canada.
The following article first appeared in The 420 Times:
The term “420″ has to be unquestionably the most familiar turn of phrase used among pot-partakers all around the world. Most of us involved in the marijuana consuming community are aware of the most popular version of how the term came to be, but there are still a bong-load of misconceptions revolving around the term’s supposed derivation.
The seemingly most agreed upon adaptation involves a group of ganja-tokin’ teenagers that attended the [url=http://maps.google.com/maps?ll=37.9708333333,-122.513333333&spn=0.01,0.01&q=37.9708333333,-122.513333333 %28San Rafael High]San Rafael High School[/url] in California back in the 1970s.
The group of pubescent pot smokers referred to themselves as the Waldos due to their chosen hangout spot located outside their high school, a wall.
And just what time did the Waldos meet after being dismissed from school for the day? Yup, you guessed it! 4:20pm. And so, in a nutshell, the term “420″ was by all accounts born.
There’s no documented evidence of the Waldos kickin’ it at 4:20pm around the Louis Pasteur statue on the school grounds contemplating their mission, but it does seem to be the most widespread point of reference.
But what about the other believed beginnings regarding the beloved expression? Is there any truth to those tales?
Common myth 1: The day 4/20 commemorates the death and/or birth of reggae musician Bob Marley.
Although Bob was, and still is, greatly admired and celebrated throughout the marijuana society, April 20 is not the day of his birth or his unfortunate passing. The godfather of reggae was in reality born on February 6 back in 1945.
It’s possible that Bob smoked over 420 spliffs in his lifetime, but he left this plane of existence on May 11, 1981, shortly after the day that has become known as the holiest of high holidaze among frequent tokers.
Common myth 2: The number 420 is police radio-code for “marijuana smoking in progress” and that’s how the term originated.
“Attention all units, attention all units, drop your doughnuts! We have a code 420 taking place all across the nation on a daily basis! We need any available units to please respond immediately! Oh the humanity! Over.”
Well? No. There may be police radio-codes in existence bearing the number 420, but they’re not associated with the notorious time of day, time of year and exceedingly used number that we diehard-tokers have come to know and worship on the regular.
Common myth 3: The date 4/20 is an observation of Adolf Hitler’s birth.
Who in their right mind would celebrate Hitler’s birthday? Yes. The villainous genocidal murderer was apparently dropped on his head repeatedly on April 20, 1889, (how else would one explain his insane ways), but that has absolutely zero connection with the great day of merriment marijuana tokers enjoy each year.
Maybe if he’d passed away on 4/20 there would be some cause for celebration, but I doubt his own mother celebrated his birthday. And even though he was a drug addict, he most likely steered clear of marijuana in fear of it curbing his hatred.
Common myth 4:  The term “420″ derived from a Bob Dylan song.
As historic folklore or some toker hyped-up on a Sativa strain would have you believe, the term “420″ originated via Dylan’s tune “Rainy Day Woman #12 and 35,” where he repeatedly chants, “Everybody must get stoned!” And in addition, when one multiplies the numbers 12 & 35 they will arrive at a sum of 420! (Let’s see here, carry the one….?)
This has to be true, right? Well, no. Although it would be the most believable and quite possibly the coolest out of all the misconceptions, it just ain’t so, yo!
***
If you conduct an internet search for information regarding the origin of the term “420” the list of mythical descriptions that can be accumulated bear a resemblance to that of the fictional Area 51 in Roswell! And I’m quite certain if you were to search hard enough you could even find a fable linking the term’s origin to the famous alien warehouse! But I digress.
Regardless of how the phrase truly came about, it is here to stay. And for the majority of marijuana smokers it is 4:20 all day every day or it’s always 4:20 somewhere and the term will irrefutably be a part of the marijuana subculture’s vocabulary for at least another 420 years, give or take.