OUT OF MIND » THE INSANITY OF REALITY » RADIATION ALERTS » 3 Years After Fukushima: Behind the Skewed Data and Vested Interests

3 Years After Fukushima: Behind the Skewed Data and Vested Interests 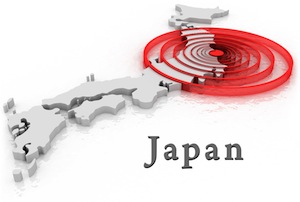 25th April 2014
By Marie Be
Guest Writer for Wake Up World
Only about 5% of the directly discharged radiation was deposited within a radius of 80 kms (50 miles) from the Fukushima Dai-ichi nuclear power station. The rest was distributed in the Pacific Ocean. 3-D simulations have been carried out for the Pacific basin, showing that within 5–6 years, the emissions would reach the North American coastline, with uncertain consequences for food safety and health of the local population.[1][2]
Fukushima: Skewed Data and Vested Interests
After the Fukushima nuclear meltdowns in March of 2011, the International Physicians for the Prevention of Nuclear War (IPPNW), a global federation of doctors from over 60 countries that was awarded the Nobel Peace Prize in 1985, reviewed the conflicting literature and scientific data on Fukushima. They found that skewed data sources and vested interests made the information publicly available extremely distorted. Let’s have a look at data sources and governmental policies following the disaster:

Fukushima scientific radiation data is sourced from:
– The Tokyo Electric Power Company (TEPCO), who owns the Fukushima Daiichi Nuclear Power Plant
– The International Atomic Energy Agency (IAEA), who has vested interest in nuclear energy.
Governmental policies following the disaster:
– During the Fukushima aftermath, the Nuclear Emergency Tracking Center (NETC) has issued radiation alerts for several major U.S. cities. Despite those Alerts, no mass-media in any of those cities reported the condition.
– The Japanese government passed a law through Parliament, called the “States Secret Act”. Under this act, officials and private citizens who leak “special state secrets” face prison terms of up to 10 years, while journalists who seek to obtain the classified information could get up to five years. Great way to cover up any Fukushima information leaks.
– Governments worldwide decreed to raise the permissible annual radiation level for children from 1 to 20 mSv, which is 20 times the amount previously deemed safe. With the new “updated” standard, much of the radiation spill on the North-American West Coast is now considered safe.
The United Nations used the skewed data from TEPCO and IAEA as well as the new “safe” radiation level standard to write their recommendations on the Fukushima disaster.[3] [4] [5] [6] They concluded that: “Radiation exposure following the nuclear accident at Fukushima-Daiichi did not cause any immediate health effects”.[7] This is what you’ve heard in mainstream media.
Real Data on Fukushima Radiation
The nuclear catastrophe at Fukushima is often falsely portrayed as a singular event, ignoring the continued emissions of radioactivity since the initial nuclear meltdowns. In particular, it is important to consider the continued dispersion of radioactive particles from ongoing work at the Fukushima Daiichi plant and the decontamination efforts throughout the prefecture, continued leaks into soil and groundwater from radioactive storage tanks and the destroyed reactor cores, as well as the radioactive contamination of soil and groundwater due to washout of radioactive isotopes in fields, forests and urban settlements.[8] [9]
The Fukushima nuclear disaster has to be considered an ongoing catastrophe, especially considering the long half-lives of radioisotopes like cesium-137 or strontium-90. In the long run, these leaks into groundwater and the ocean will lead to an increase in internal exposure in the general population through radioactive isotopes from water and the food chain. This scenario is a realistic assessment, considering that all over Eastern and Central Europe, even in places like Bavaria, radioactive cesium-137 contained in mushrooms and wild game still poses a public health concern, even 25 years after the Chernobyl nuclear meltdown.[10] [11]
In the case of Fukushima, the ongoing leaks and discharge of radioactive waste into groundwater and the ocean poses a unique problem. Since the beginning of the disaster, about 300 tons of radioactive discharge reached the ocean every day, amounting to a total of about 5,256,300 tons during the past 3 years. [12]  Estimates the total amount of marine contamination to be 77 PBq or more from iodine-131 and cesium-137.[13] In light of these numbers, it has to be clearly stated that Fukushima fallout constitutes the single highest radioactive discharge into the oceans ever recorded.[14][15]
With experts predicting over 40 years of clean-up at Fukushima, the likelihood of increased cesium in the Pacific Ocean seems inevitable. Multiple sources of independent research found that radiation has already reached the West Coast, and will keep increasing over the next 40 years. Sources found radiation levels to be over 1,400% above normal level on a California beach[16], while Tuna fish farmed in the area tested positive for radioactive isotopes.
Effects of Nuclear Radiation on Health
Radioactive particles strip away electrons from atoms and to break chemical bonds within the body. Any living tissue in the human body can be damaged. Children and fetuses are more sensitive to radiation than adults; as they are growing, there are more cells dividing and a greater opportunity for radiation to disrupt the process.
Even low doses of radioactive particles within the body cause drastic changes in blood chemistry. These damages affect blood-producing cells in the bone marrow and disrupt protective white blood cells, causing anemia and a weakened immune system. By breaking chemical bonds, radiation disrupts the body’s natural healing processes, permitting the uncontrolled growth of cells cancer and causing genetic damage. Broken DNA, the “blueprints” that ensure cell repair, cause sterility and genetic mutations that are passed on to offspring.
In a 15-country collaborative cohort study on the effects of low-dose protracted exposures to ionizing radiation, covering 5.2 million person-years of follow-up, a significant association was seen between radiation dose and a dose-related increase in cancer mortality.[17] After Chernobyl, the most prominently observed type of malignancy was thyroid cancer. Non-cancer health effects such as cardiovascular diseases, infertility, genetic mutations in offspring and miscarriages have been reported in medical literature.[18]
Tips to Keep Radiation Away
In your body, radioactive particles act like certain minerals with which they share similar molecular structures. We call these “impersonators” since your body absorbs the radioactive particles thinking they are something else. Once absorbed, these particles cause damage throughout the body. For example:

To mitigate radioactive molecules absorption, you can build a protective wall against these radioactive “impersonators” by raising your good mineral levels to the point that your body doesn’t have room for the bad ones. Make sure that your body gets enough Calcium, Potassium and Iron. Be careful about iodines, iodates and potassium iodide supplements unless you are exposed to high doses of radioactive iodine; it can damage some people’s health. These supplements are only for short-term, high-dose radiation protection, not for years of low-dose exposure.
There are several food sources available to build up these minerals in your body, but of course, the entire food chain is also contaminated at various levels. An effect called bioaccumulation occurs naturally as low levels of contaminants continue to accumulate as they move up the food chain. Most of the really good foods that offer Calcium, Potassium, Iron and Magnesium are the dark green leafy vegetables. Unfortunately these plants are also most likely to bio-accumulate radiation and other chemicals because of their high water uptake and large leaf structure that particulates can attach to. One thing that can be done to help cleanse your food, especially fruits and vegetables, is to soak them in a bentonite clay bath for 15-30 minutes. Not only will this help to remove radioactive particles, but it will also handle pesticides, bacteria and fungus. Bentonite works like Zeolite but is much cheaper; it is therefore the most cost-effective clay to clean your food.
Zeolite, the Best Body Radiation Detox
The most effective way to protect your body against radiation is using zeolite to trap the radioactive particles in the body. Zeolite is a naturally occurring mineral with a cage-like molecular structure that carries a negative charge, making it by far the most efficient way of attracting and removing radioactive ions from the body. Its high negative charge makes its way through the vascular system to organs, glands and cellular tissues where it traps the positively charged radioactive ions, rendering them harmless to surrounding cell structures. Studies show zeolite remains in the body for approximately 5 to 7 hours before it is fully excreted through natural bodily functions, holding in its cage radioactive isotopes and nano-particles.[19]
Zeolite has been used to clean up after many major radioactive disasters around the world including the Three Mile Island meltdown in Pennsylvania in 1979 and Chernobyl in 1986. More than 500,000 tons of zeolite was dumped via helicopter at Chernobyl to absorb radioactive chemicals and other harmful toxins that were released during the disaster. Most importantly, they are a side-effect-free way to detox the human body. In fact Zeolite cookies were fed to children in the Chernobyl aftermath to remove radioactive isotopes from their bodies.[20]
A transdermal cream that protects the skin and detoxes the body from harmful radiation, EarthSun’s organic cream, contains Zeolite that is micronized to the size of a red blood cell. This means the particles of Zeolite are so fine that they can actually pass in between the skin cells, making their way deep into the body, removing deeply lodged radioactive particles. [21] If you are interested in trying this effective way of removing radiation from your body, check out www.earthforthesun.ca
Resources: 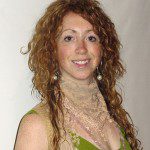 Marie Be’s inspiration comes from her mom who always challenged common assumptions and sought to understand for herself the major issues concerning her family and the choices she made on their behalf. She raised Marie and her brother in a rural environment, feeding them the best organic foods, and focused on building strong immune systems in her children through the use of natural plants, herbs and minerals.
As a fiery teenager, Marie travelled the world in search of purpose and dreamed of positively influencing our society. While earning her first two degrees, in architecture and sustainable development, she worked for Greenpeace and many other organizations of change. Her experience taught her that change cannot be imposed; she now aims at inspiring individuals through education and awareness.
Marie moved to Vancouver to undertake a Masters in Regenerative Sustainability under the supervision of a Nobel Peace Prize recipient. Teaching workshops on well-being, she started observing a widespread desire in our society for both physical and environmental health and sustainability. Feeling the winds of change, Marie founded Earth for the Sun.
Earth for the Sun was inspired by nature, the source of life. By tuning in that source, by acquiring knowledge on ancient herbal traditions as well as new technologies, Marie believes it is possible to use nature’s intelligence and deliver simple and effective health products.
Check out Earth for the Sun for more information.

OUT OF MIND » THE INSANITY OF REALITY » RADIATION ALERTS » 3 Years After Fukushima: Behind the Skewed Data and Vested Interests