Reposted from: Global Research | by Matthias Chang
Once trade in oil is no longer denominated in the US Dollar, the bells will toll for the demise of the US Dollar and the global fiat money system. 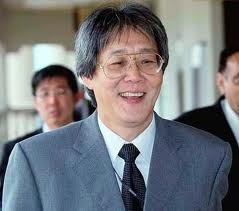 *U.S. HAS WARNED RUSSIA, IRAN AGAINST POSSIBLE OIL BARTER DEAL
*U.S. SAYS ANY SUCH DEAL WOULD TRIGGER SANCTIONS
*U.S. HAS CONVEYED CONCERNS TO IRANIAN GOVT THROUGH ALL CHANNELS

We suspect these sanctions would have more teeth than some travel bans, but, as we noted previously, it is just as likely to be another epic geopolitical debacle resulting from what was originally intended to be a demonstration of strength and instead is rapidly turning out into a terminal confirmation of weakness. As we explained earlier in the week, Russia seems perfectly happy to telegraph that it is just as willing to use barter (and “heaven forbid” gold) and shortly other “regional” currencies, as it is to use the US Dollar, hardly the intended outcome of the western blocakde, which appears to have just backfired and further impacted the untouchable status of the Petrodollar.

“If Washington can’t stop this deal, it could serve as a signal to other countries that the United States won’t risk major diplomatic disputes at the expense of the sanctions regime,”

And here is Voice of Russia, “Russia prepares to attack the Petrodollar”: The US dollar’s position as the base currency for global energy trading gives the US a number of unfair advantages. It seems that Moscow is ready to take those advantages away.
The existence of “petrodollars” is one of the pillars of America’s economic might because it creates a significant external demand for American currency, allowing the US to accumulate enormous debts without defaulting. If a Japanese buyer want to buy a barrel of Saudi oil, he has to pay in dollars even if no American oil company ever touches the said barrel. Dollar has held a dominant position in global trading for such a long time that even Gazprom’s natural gas contracts for Europe are priced and paid for in US dollars. Until recently, a significant part of EU-China trade had been priced in dollars.
Lately, China has led the BRICS efforts to dislodge the dollar from its position as the main global currency, but the “sanctions war” between Washington and Moscow gave an impetus to the long-awaited scheme to launch the petroruble and switch all Russian energy exports away from the US currency.
The main supporters of this plan are Sergey Glaziev, the economic aide of the Russian President and Igor Sechin, the CEO of Rosneft, the biggest Russian oil company and a close ally of Vladimir Putin. Both have been very vocal in their quest to replace the dollar with the Russian ruble. Now, several top Russian officials are pushing the plan forward.
First, it was the Minister of Economy, Alexei Ulyukaev who told Russia 24 news channel that the Russian energy companies must ditch the dollar. “They must be braver in signing contracts in rubles and the currencies of partnercountries,” he said.
Then, on March 2, Andrei Kostin, the CEO of state-owned VTB bank, told the press that Gazprom, Rosneft and Rosoboronexport, state company specialized in weapon exports, can start trading in rubles. “I’ve spoken to Gazprom, to Rosneft and Rosoboronexport management and they don’t mind switching their exports to rubles. They only need a mechanism to do that”, Kostin told the attendees of the annual Russian Bank Association meeting.
Judging by the statement made at the same meeting by Valentina Matviyenko, the speaker of Russia’s upper house of parliament, it is safe to assume that no resources will be spared to create such a mechanism. “ Some ‘hot headed’ decision-makers have already forgotten that the global economic crisis of 2008 – which is still taking its toll on the world – started with a collapse of certain credit institutions in the US, Great Britain and other countries. This is why we believe that any hostile financial actions are a double-edged sword and even the slightest error will send the boomerang back to the aborigines,” she said. It seems that Moscow has decided who will be in charge of the “boomerang”. Igor Sechin, the CEO of Rosneft, has been nominated to chair the board of directors of Saint-Petersburg Commodity Exchange, a specialized commodity exchange.
In October 2013, speaking at the World Energy Congress in Korea, Sechin called for a “global mechanism to trade natural gas” and went on suggesting that ” it was advisable to create an international exchange for the participating countries, where transactions could be registered with the use of regional currencies “. Now, one of the most influential leaders of the global energy trading community has the perfect instrument to make this plan a reality. A Russian commodity exchange where reference prices for Russian oil and natural gas will be set in rubles instead of dollars will be a strong blow to the petrodollar.
Rosneft has recently signed a series of big contracts for oil exports to China and is close to signing a “jumbo deal” with Indian companies. In both deals, there are no US dollars involved. Reuters reports, that Russia is close to entering a goods-for-oil swap transaction with Iran that will give Rosneft around 500,000 barrels of Iranian oil per day to sell in the global market. The White House and the russophobes in the Senate are livid and are trying to block the transaction because it opens up some very serious and nasty scenarios for the petrodollar. If Sechin decides to sell this Iranian oil for rubles, through a Russian exchange, such move will boost the chances of the “petroruble” and will hurt the petrodollar.
It can be said that the US sanctions have opened a Pandora’s box of troubles for the American currency. The Russian retaliation will surely be unpleasant for Washington, but what happens if other oil producers and consumers decide to follow the example set by Russia? During the last month, China opened two centers to process yuan-denominated trade flows, one in London and one in Frankfurt. Are the Chinese preparing a similar move against the greenback? We’ll soon find out.
Recap of My Preface
Could the above analysis by Tyler Durden be the reason for the total silence at the High-Level discussion in which I participated recently?
God indeed works in mysterious ways. The Petro-Dollar Global Fiat Money System is teetering at the precipice!
I hate to say it, but I told you so!