OUT OF MIND » HEALTH & MEDICAL INFO » HERBS, BOTANICALS, ORGANIC & NATURAL REMEDIES » The One Bacteria That Causes Tooth Decay, Acne, Tuberculosis and Pneumonia Can Be Killed By This One Seed

The One Bacteria That Causes Tooth Decay, Acne, Tuberculosis and Pneumonia Can Be Killed By This One Seed Sun May 04, 2014 5:53 pm 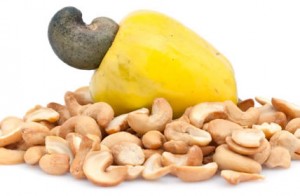 4th May 2014
By Natasha Longo
Guest Writer for Wake Up World
Gram positive bacteria, which cause tooth decay, acne, tuberculosis, Streptococcus pneumoniae, Francisella tularensis, and leprosy are all killed by anacardic chemicals present in cashew nuts which are actually seeds.
Cashew nuts are actually the kidney-shaped seeds that adhere to the bottom of the cashew apple, the fruit of the cashew tree, which is native to the coastal areas of northeastern Brazil.
You have probably noticed that cashews in the shell are not available in stores. This is because these nuts are always sold pre-shelled since the interior of their shells contains a caustic resin, known as cashew balm, which must be carefully removed before they are fit for consumption. This caustic resin is actually used in industry to make varnishes and insecticides. Today, the leading commercial producers of cashews are India, Brazil, Mozambique, Tanzania and Nigeria.

Cashews are an excellent source of copper, and a good source of phosphorus, magnesium, manganese, and zinc.
Not only do cashews have a lower fat content than most other nuts, approximately 82% of their fat is unsaturated fatty acids, plus about 66% of this unsaturated fatty acid content are heart-healthy monounsaturated fats, similar to those found in olive oil. Studies of diabetic patients show that monounsaturated fat, when added to a low-fat diet, can help to reduce high triglyceride levels. Triglycerides are a form in which fats are carried in the blood, and high triglyceride levels are associated with an increased risk for heart disease, so ensuring you have some monounsaturated fats in your diet by enjoying cashews is a good idea, especially for persons with diabetes.
Destroys Gram Positive Bacteria
One of the most incredible compounds in cashew nuts are anacardic acids which kill gram positive bacteria responsible for causing tooth decay, acne, tuberculosis, Streptococcus pneumoniae, Francisella tularensis, and leprosy. A solution of one part anacardic acid to 200,000 parts water to as low as one part in 2,000,000 is actually lethal to Gram positive bacteria in 15 minutes.
Cashew nut-shell liquid and the contained anacardic acids have also been shown to possess antioxidant, anti-Helicobacter pylori and antitumor properties. This means it has the tools to defeat both cancer and many types of ulcers in the gut. Despite these known effects; there are hardly any published reports on many of these protective effects, especially the gastroprotection afforded principally through its antioxidant mechanisms.
Writing in Nature’s British Journal of Cancer, a team behind a recent analysis reported that consumption of nuts – including cashew nuts was found to be inversely associated with risk of pancreatic cancer, independent of other potential risk factors for pancreatic cancer.
Help Prevent Gallstones Twenty years of dietary data collected on 80,000 women from the Nurses’ Health Study shows that women who eat least 1 ounce of cashew nuts each week have a 25% lower risk of developing gallstones. Since 1 ounce is only 28.6 nuts or about 2 tablespoons of nut butter, preventing gallbladder disease may be as easy as having a handful of cashews as an afternoon pick me up, or tossing some cashews on your oatmeal or salad.
Eating Nuts Lowers Risk of Weight Gain
Although cashew nuts are known to provide a variety of cardio-protective benefits, many avoid them for fear of weight gain. A prospective study published in the journal Obesity shows such fears are groundless. In fact, people who eat nuts at least twice a week are much less likely to gain weight than those who almost never eat nuts.
The 28-month study involving 8,865 adult men and women in Spain, found that participants who ate nuts at least two times per week were 31% less likely to gain weight than were participants who never or almost never ate nuts.
And, among the study participants who gained weight, those who never or almost never ate nuts gained more (an average of 424 g more) than those who ate nuts at least twice weekly.
Study authors concluded, “Frequent nut consumption was associated with a reduced risk of weight gain (5 kg or more). These results support the recommendation of nut consumption as an important component of a cardioprotective diet and also allay fears of possible weight gain.”
Practical Tip: Don’t let concerns about gaining weight prevent you from enjoying the delicious taste and many health benefits of nuts!
Article Sources:
springer.com
nutfruit.org
whfoods.com
ncbi.nlm.nih.gov
Previous article by Natasha

About the author
Natasha Longo has a master’s degree in nutrition and is a certified fitness and nutritional counselor. She has consulted on public health policy and procurement in Canada, Australia, Spain, Ireland, England and Germany.
This article was reposted with the express permission of the kind crew at preventdisease.com

OUT OF MIND » HEALTH & MEDICAL INFO » HERBS, BOTANICALS, ORGANIC & NATURAL REMEDIES » The One Bacteria That Causes Tooth Decay, Acne, Tuberculosis and Pneumonia Can Be Killed By This One Seed

» How to Reverse Tooth Decay
» Reverse Tooth Decay and Resolve Gum Disease Naturally! Prevent Drilling, Filling, and Billing!
» Bacteria Killed By Colloidal Silver
» Arnie & Anna ~ Yes…they can kill me… They killed Kennedy…They killed Finicum… How many will sacrifice all for you before you act?
» This Is How To Cure Pneumonia Naturally In Only 3 Hours!