The Earth is a Sentient Living Organism 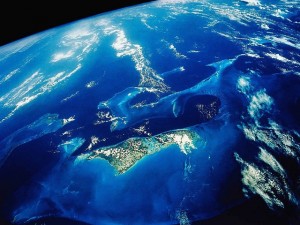 Contrary to the common belief that the Earth is simply a dense planet whose only function is a resource for its inhabitants, our planet is in fact a breathing, living organism. When we think of the Earth holistically, as one living entity of its own, instead of the sum of its parts, it takes on a new meaning. Our planet functions as a single organism that maintains conditions necessary for its survival.
James Lovelock published in a book in 1979 providing many useful lessons about the interaction of physical, chemical, geological, and biological processes on Earth.
Throughout history, the concept of Mother Earth has been a part of human culture in one form or another. Everybody has heard of Mother Earth, but have you ever stopped to think who (or what) Mother Earth is?
What is Gaia?
Lovelock defined Gaia as “…a complex entity involving the Earth’s biosphere, atmosphere, oceans, and soil; the totality constituting a feedback or cybernetic system which seeks an optimal physical and chemical environment for life on this planet.”
Through Gaia, the Earth sustains a kind of homeostasis, the maintenance of relatively constant conditions.
The truly startling component of the Gaia hypothesis is the idea that the Earth is a single living entity. This idea is certainly not new. James Hutton (1726-1797), the father of geology, once described the Earth as a kind of superorganism. And right before Lovelock, Lewis Thomas, a medical doctor and skilled writer, penned these words in his famous collection of essays, The Lives of a Cell:
“Viewed from the distance of the moon, the astonishing thing about the earth, catching the breath, is that it is alive. The photographs show the dry, pounded surface of the moon in the foreground, dry as an old bone. Aloft, floating free beneath the moist, gleaming, membrane of bright blue sky, is the rising earth, the only exuberant thing in this part of the cosmos. If you could look long enough, you would see the swirling of the great drifts of white cloud, covering and uncovering the half-hidden masses of land. If you had been looking for a very long, geologic time, you could have seen the continents themselves in motion, drifting apart on their crustal plates, held afloat by the fire beneath. It has the organized, self-contained look of a live creature, full of information, marvelously skilled in handling the sun.”
John Nelson illustrated the “Breathing Earth,” (below) which are two animated GIFs he designed to visualize what a year’s worth of Earth’s seasonal transformations look like from outer space. Nelson–a data visualizer, stitched together from NASA’s website 12 cloud-free satellite photographs taken each month over the course of a year. Once the images were put together in a sequence, the mesmerizing animations showed what Nelson describes as “the annual pulse of vegetation and land ice.”