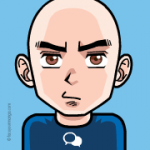 
So many people are talking about so many different social, political, military, coronations, religions.
Ideas, believes, attitudes, truth, lies, corruption that it is a wonder any of us can sleep.   Where and what
is the truth.  I intend to tell you my truth as I have lived and will prove it to you.  My story will cause
many to question everything they think they believe.  Busy as you may be, think about the consequence’s of what has been done.   Someone made a decision in the mid fifties,  To expose

OVER A 30 YEAR PERIOD TO THE MOST CONTAMINATED WATER SUPPLY IN AMERICA.

HUFFINGTON POST RAN AN STORY STATING THAT THERE WAS 15' OF JET FUEL SITTING
ON TOP OF THE GROUND WATER.  THERE IS A BOOK OUT NOW NAME IS “A TRUST BETRAYED.   The untold story of Camp Lejeune and the Poisoning of Generations of Marines and
There Families.

They  admit to 1,000,000, who knows.  Baby killers yes we all are.  The book that has just  been released about this Tragidee, he talked about how many babies died a day or two after birth. Even some
mass graves, without a headstone.   Two – Three, maybe more in one unmarked grave.  Baby's being born without a brain, exposed spines, horrible defects.  The fetus's, miscarriages and those who live for a day or two, horrific deformedness.  This has been confirmed  by the CDC.  As well as childhood cancers at a rate of 4 times higher.   I learned this from book.  Most of what else I have to say, I learned the hard way.  The reason I said we are all baby killers is because we have let our government get away with Murder for to many years.  Not my fault you say?  Open up you mind and put aside the dogma, brain washing, the education over the last 30 to 40 years.  What would you say about a man who said this to a television camera on Sunday night.  I was watching a  new series called  “Years of Living to Dangerously”.  It's about Climate Change.   That is already here.  The argument is over.


“What we need to fix this country is a,”

I will refer back to this man later.

What I said about all of us being baby killers is true.  We give leadership to the wrong people.   We
are guilty just like the Germans and the Japanese were for world war 11.  It does not matter if it is a King, Dictator, Emperor, President, or Prune Minster.  If the people place them and allow them to commit crimes in there names.  Who is guilty?   If I give a gun to a sixteen year old and he kills some one.  Am I not reasonable.  I figure I have half the blame if not more.

I was stationed at Camp Lejeune NC. From 1957 – 1960.  I was happy to have been in the Marines and
looking forward to my discharge on April 1, 1960.   On February 15, `1960 I checked into sick bay and
three days later was transferred to the United States Naval Hospital located on the grounds of Camp
Lejeune.  They told me I had Infectious Mononucleosis #7955.  I also had a secondary liver infection.
That is common with Mono.  Five week later I was released from the Hospital and discharged back
to civilian life on April 1, 1960.

In retrospect I look back at my life had been a series of 2 to 3 years.  Personal, professional there was a
problem, cycle that would last 2 o 3 years.  I go up and then I would crash.  At the time I never thought
about these cycles.  As decades past I tried many different things to survive.  Just could not keep it together.  In September, 1990 I had a Heart Attack.  Doctors did not have a clue as why.  That was the
point when I decided to give up on Corporations and the American Dream.  Which had shown me the
climb up the latter was not worth it.  I became a Artist late in life and became successful at something
I could sustain.

In July of 2008 I had a complete mental and psychically breakdown.  Officially I was disabled and things
started to fall apart for me.  Prostate Cancer, triple by-pass using stints.  Major clinical depression, which had been going since my middle 30's but incidences that had not been so evident had taking
place earlier, I did not recognized the signs.  Then a stoke I did not know the reasons.  Why all my
problems keep happening.  Accurate pain all the time over my body but not any of my joints hurt.  Finally I found out that I  have stage four Renal failure.

It took me 9 years to get registered at the VA.   I was lied to and stonewalled.  Did not know why.
I called the Red Cross and ask them to help with a referral.  They did and my counselor had my discharged and medical recorded in 90 days.  I will interject a paragraph when I feel it is needed to explain what you are learning.  There will be some attachments, now.  Please take the time to familiarize yourself with the contents.  Thank you.

Would you just set aside, which ever religion, politics, color, creed, (do not know what it means).  Please
You know what I need you to do.  Is open up your heart and listen to what I tell you, without judging and
having those little conversations in your head because you know so much.

Thank you for sharing your story here.