OUT OF MIND » THE INSANITY OF REALITY » GOVERNMENTS & THE NEW WORLD ORDER » Texas Veterans’ Hospital Run Like a ‘Crime Syndicate’: Whistleblowers

Thanks, Drake.
Can you think of any more despicable behaviour?
Send these criminals off to war for a few tours and give them a taste of what it’s like and let the chips fall as they may. Let them get body parts blown off. Let them experience cancer and other diseases resulting from chemical and bio-warfare. Let them have nightmares and flashbacks to the point they can’t sleep.  Let them live on mind-altering drugs to numb the pain and anguish. It’s only fitting. They’re basically playing Russian Roulette with veterans’ lives; playing God. They have no right.

See the source site for photos and videos.  ~ BP
Last week, President Obama pledged to address allegations of corruption and dangerous inefficiencies in the veteran’s healthcare system. But before the president could deliver on his pledge, the scandal has spread even further. New whistleblower testimony and internal documents implicate an award-winning VA hospital in Texas with widespread wrongdoing – and what appears to be systemic fraud.
Emails and VA memos obtained exclusively by The Daily Beast provide what is among the most comprehensive accounts yet of how high-level VA hospital employees conspired to game the system. It shows not only how they manipulated hospital wait lists but why – to cover up the weeks and months veterans spent waiting for needed medical care. If those lag times had been revealed, it would have threatened the executives’ bonus pay.
What’s worse, the documents show the wrongdoing going unpunished for years, even after it was repeatedly reported to local and national VA authorities. That indicates a new troubling angle to the VA scandal: that the VA may be incapable of finding violations of its own rules that are hiding in plain sight.
“For lack of a better term, you’ve got an organized crime syndicate,” a whistleblower who works in the Texas VA told The Daily Beast. “People up on top are suddenly afraid they may actually be prosecuted and they’re pressuring the little guys down below to cover it all up.”
“I see it in the executive’s eyes,” the whistleblower added. “They are worried.”
The current VA scandal broke in Phoenix last month, when a former doctor at a VA hospital there became the first whistleblower to gain national attention. The allegations made by the doctor of falsified appointments — and veterans dying while they waited for treatment — unleashed a wave of similar claims from VA employees nationwide. In Cheyenne, Wyoming, Chicago, and Albuquerque, more VA whistleblowers came forward claiming that the same fraudulent scheduling was being used in the hospitals where they worked.
Renewed calls for DOJ to investigate VA scandal Play Video 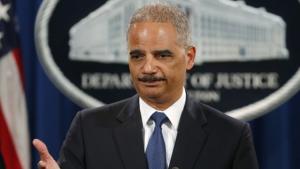 The torrent of claims led to Senate hearings, calls for VA Secretary Eric Shinseki to resign, multiple investigations and President Obama’s own public statement last week. But the root causes of the VA crisis have remained murky – until now.
There’s enormous pressure to report favorable wait times for VA patients, the Texas whistleblower explained, even if those wait times are completely false.
“If [VA] directors report low numbers, they’re the outlier. They won’t stay a director very long and they certainly won’t get promoted. No one is getting rewarded for honesty. They pretty much have to lie, if they don’t they won’t go anywhere,” the whistleblower added. Weighted more heavily than other performance measure, the wait time numbers alone “count for 50% of the executive career field bonus, which is a pretty powerful motivator.”
The whistleblower — who will alternately be called “the clinician,” referring to the job they have held with the Texas VA for almost a decade — asked to remain anonymous due to fear of losing their job or being otherwise punished for speaking out.
FIXING VA PROBLEMS Play Video 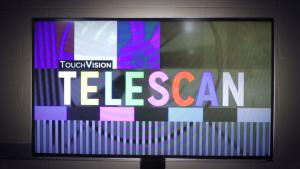 ANATOMY OF A FRAUD
The clinician has been alerting authorities to the wrongdoing at their facility for years but the corruption has persisted despite multiple reports and investigations by the VA’s inspector general.
The case of Dr. Joseph Spann, a recently retired doctor who reported malfeasance in the Texas VA system where he worked for 17 years, raises the possibility that official investigations may only be hiding the problems they were charged to root out.
After retiring in January of this year Spann sent a letter to VA investigators accusing a VA employee of manipulating patient wait lists to hide treatment delays for veterans. The rigged reporting scheme Spann described in his letter, which threatens veterans’ lives by delaying their treatment, is the same method that has been exposed in Phoenix, Cheyenne, Albuquerque and scores of other VA hospitals across the country.
According to Spann, Dr. Gordon Vincent, chief of radiology at Olin E. Teague Veterans Medical Center in Temple, Texas, didn’t just break VA policy by manipulating veterans’ appointments himself. He ordered VA employees across the state to engage in the same fraudulent practice.
Why the VA controversy should be Obama’s prior … Play Video 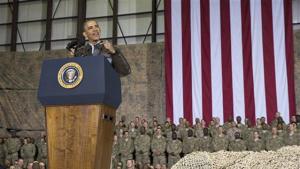 The VA said it investigated Spann’s charges, and, after, finding nothing to substantiate the claims, cleared Vincent and the Texas VA.
But documents obtained by The Daily Beast appear to show Dr. Vincent doing precisely what Spann accused him of – the activities the VA said it could not substantiate.
In the above document, taken from the VA’s internal record system, you can see Dr. Vincent cancel an ultrasound appointment for a veteran suffering from cirrhosis. Vincent tells the doctor who submitted the original order to change the desired date  – the day the provider selected for the procedure based on their diagnosis and clinical judgement – citing the facility’s patient backlog.
Veterans are supposed to be seen within 14 days of their desired date, according to VA policy.
Read the rest: Source

Nothing our president does comes as a surprise anymore, but when he uses our troops, still stationed in Afghanistan, for nothing more than a photo-op to deflect from his abysmal neglect of veterans here at home, it’s beyond shameful! I wonder, did he really think that we’d swallow that little bit of theater? Does he really think the American people are that stupid? Answer – Well of course he does!
There is more shocking news regarding the VA scandal coming out every single day now. But boy, howdy….didn’t he look great putting that wreath on the tomb of the Unknowns on Memorial Day? If I was one of those “low information voters,” I would almost swear that he really does care about our nation’s finest. Thank God I’m not that stupid! For the president to tell America he knew nothing about the problems within the VA is also insulting.
More disturbing news has surfaced about the neglect by the VA. This time it comes from Los Angeles County, where the dead bodies of at least 60 veterans have been left in the LA county morgue for almost a year and a half without being processed and given a burial with honors that they deserve.
This past Thursday, the LA County Coroner’s Office was asked why the bodies had not yet received a proper burial after a source indicated there may have been as many as 60 veterans at the morgue for the past year and a half. The morgue says the bodies were unclaimed and they don’t know how long the veterans were there.
The law states veterans are supposed to receive a proper burial.
The Veterans Administration says they were never notified the bodies were processed and ready to be buried. The LA County Morgue and the Veteran’s Administration were blaming each other for the mistake. I would have given almost anything to have listened to that conversation.

The Obama administration’s neglect of my fellow veterans is beyond insulting. But what the heck folks, what’s one more scandal to these people? How many more times will our president act “outraged” and promise to get to the bottom of things and not do a darn thing? The White House and the DOJ have done everything they can to impede any investigations ranging from Operation Fast And Furious up to and including this latest scandal involving the Veterans Administration.
I’ll tell you what I’m grateful for; I thank God that I have a family that cares about me. I’m also grateful that my wife and I have already paid for our cemetery plot. I shudder to think what would happen to my remains if I didn’t have a family, or if I had to depend on the VA to provide me with a timely burial. Would my body be left to rot in a county morgue like those men?
If this story doesn’t make you mad as hell, then nothing will.
I wonder, what those dead veterans in the L.A. county morgue would say to our president if they could speak?
Richard Anthony is a US Army veteran who served from 1975 to 1980. He was stationed in Frankfurt West Germany from 1976 to 1978 with the 3rd Armored Divisions 143rd Signal Battalion as a Tactical Telecommunications Center Specialist and was also with the 1st Cavalry Division 1st/12th Cav as a Combat Medic until discharge in 1980. He has been married for 20 years and has 3 sons. He’s also a very involved Tea Party activist. Be sure to follow Richard on Facebook
Courtesy of Freedom Outpost.
Don't forget to follow the D.C. Clothesline on Facebook and Twitter. PLEASE help spread the word by sharing our articles on your favorite social networks.
Share this:

OUT OF MIND » THE INSANITY OF REALITY » GOVERNMENTS & THE NEW WORLD ORDER » Texas Veterans’ Hospital Run Like a ‘Crime Syndicate’: Whistleblowers

» Goldsmith Crime Syndicate
» Investigation underway into whistleblower claim at least 40 veterans died waiting for hospital care
» USA: TEXAS URGED TO HALT EXECUTION OF MAN FOR CRIME COMMITTED AS TEENAGER – What is done to one of us is done to all of us . . .
» #PEDOGATE – Dr. Phil Breaks Wide Open Worldwide Pedophilia Crime Syndicate
» Gordon Duff:"What is going on in Iraq and Syria with ISIS is not Terrorism, it is simply CRIME. That is, it is the works of an international Crime Cabal which has gotten control of the American Congress"