Jean Haines (thank you very much, Jean) posted this revealing research about the vaccine treachery the so-called “elite” have employed for decades in their long-term plan to eradicate humanity and purify the planet.
I hope you’re ready for this, because it probably goes beyond what many suspected.
There’s a great deal of information here, and many links, so grab a refreshment and settle in.  ~ BP 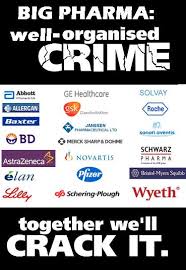 Posted on June 1, 2014 by Jean
From a Reader, A, in response to White House admits staging fake vaccination operation to gather DNA from the public. I think it is well worth your time to have a look at this lengthy piece of research . . . Please share your thoughts, as well. . . ~J
Thank you for bringing up this huge issue.
People are waking up and beginning to question almost everything the government is involved in, but they seem slowest to distrust medical authorities, even though they are part of the medical system created by the Rockefellers for whom vaccines are a multi-billion dollar industry.
And things are barreling down on us right now.
This s a critical time because he cabal has prepared extensively for a “pandemic emergency” which is linked to martial law, the suspension of the Constitution, and forced vaccines with unknown, untested vaccines.https://stereostrophe.wordpress.com/2009/08/28/bill-passes-that-suspends-virtually-all-constitutional-rights/
And they’ve rolled out MERS, a relative of SARS which was created in a weapons lab.http://www.informationclearinghouse.info/article2848.htm
Media is ramping up the fear with MERS first coming closer and closer and now it is in the US. http://www.cbn.com/cbnnews/healthscience/2014/May/Second-US-Case-of-Deadly-MERS-Virus-Confirmed/ with the CDC starting to put out warning to air travelers about it and authorities at airports are supposedly looking out for any sick travelers. http://archive.statesmanjournal.com/VideoNetwork/3566120098001/CDC-signs-warn-air-travelers-of-MERS-USA-NOW
And suddenly, surprise, surprise, they are working on a vaccine for it.http://www.inquisitr.com/1257144/mers-virus-vaccine-being-developed-in-hopes-of-a-mers-cure/
They’re not, however, using colloidal silver (which they’ve banned in Europe for no reason other than that it works). And they are certainly not using megadoses of vitamin C which works so well, as this very vivid account indicates.http://www.thenhf.com/article.php?id=1990
Polio was the Big Fear once and pharma was the white knight to the rescue.
But it was a Big Lie from start to finish.
No, no, no …. people might be thinking …. what about all the good vaccines did? Did they? Polio was never what the public was told. Both media and data were arranged to create both the terror and the impression of incredible prevention through vaccines.http://foodfreedomgroup.com/2012/04/17/the-polio-game/
But perhaps worse, as early as 1949 there was proof that vitamin C was a complete cure but that was suppressed by the medical industry.http://orthomolecular.org/library/jom/1991/pdf/1991-v06n02-p099.pdf The vaccines were only for “prevention” but there is no evidence they prevented anything and there is evidence they caused polio, and what of those who contracted it and were paralyzed and died and didn’t need to?
The prevailing belief, even among doctors is “There was and still is no treatment for polio.” That is a complete LIE. There is a cure, it’s almost immediate, and the Rockefeller controlled medical establishment has denied it to the world and gone on to paralyzed and kill vast numbers of children throughout the world with vaccines that are now causing cancers and many other diseases as a side effect.
The original polio vaccine contained simian virus (SV 40), which is said to be responsible for the epidemic of soft tissue cancers that followed in the decades after the polio vaccine.
From http://www.viewzone.com/sv40x.html-infertility-in-humans
“Michele Carbone, Assistant Professor of Pathology at Loyola University in Chicago, has recently isolated fragments of the SV-40 virus in human bone cancers and in a lethal form of lung cancer called mesothelioma. He found SV-40 in 33% of the osteosarcoma bone cancers studied, in 40% of other bone cancers, and in 60% of the mesotheliomas lung cancers. Dr. Carbone believes this study explains why 50% of the current mesotheliomas being treated were no longer occurring in association with asbestos exposure, their traditional cause.
“Researchers from the Institute of Histology and General Embryology of the University of Ferrara, lead by Dr. Fernanda Martini, discovered SV-40′s presence in a variety other tumors. They found the rhesus monkey virus in 83% of choriod plexus papillomas, in 73% of ependymomas, in 47% of astrocytomas, in 50% of glioblastomas, and in 14% of meningiomas.
“SV-40 also has been found in 23% of blood samples and 45% of sperm fluids taken from normal individuals! Researchers have determined the SV-40 virus can be transmitted sexually and through blood transfusions.
“Even more shocking, SV-40 has appeared in 61% of all new cancer patients — patients even too young to have received the contaminated vaccine being administered forty years ago!”
But before the 1952 epidemic and before the 1955 polio vaccine, vitamin C was curing polio within days.
Vitamin C offered just as dramatic a cure in 2009 for “Swine flu” (or maybe it was pneumonia since the WHO lumps them together to increase its scare factor for flu). Here is a 60 Minutes video on its effectiveness and the effort of hospitals to block its use. http://www.3news.co.nz/Living-Proof-Vitamin-C—Miracle-Cure/tabid/309/articleID/171328/Default.aspx
The video went viral internationally and immediately afterwards, the US FDA banned the mass production of IV vitamin C while stepping up fear tactics about the flu.
Vitamin C, in fact, is an absolute viricide for ALL viruses. No need for specificity – all viruses. It has cured Dengue fever, West Nile and other diseases – such as AIDS – that are supposedly incurable. But vitamin C is not patentable so can’t be owned, and cheap cures are anathema to the pharmaceutical industry.
Lots more… read on…